Hoping for a blockbuster, studios plan movie on 'Tetris' game 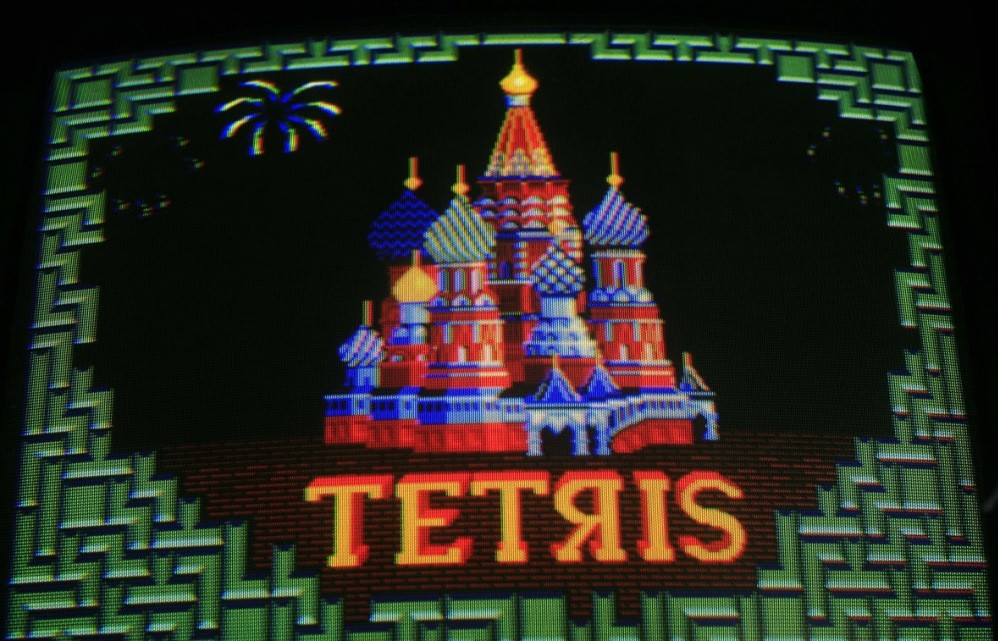 u201cTetrisu201d has survived the transition from desktop to console to smartphone better than most other popular video games from the 1980s such as u201cPac-Man.u201d Whether it will survive the transition to the big screen is unclear.
by Associated Press May 19, 2016 12:00 am
It lacks the building blocks of characters and a plot for now, but a Chinese-American studio hopes to turn the "Tetris" video game into a blockbuster movie. Threshold Global Studios is budgeting $80 million to strategically rotate, slide and drop the famed 1980s stacking game into a sci-fi thriller. The project is the first for the studio, a newly formed joint venture between Chinese entertainment investor Bruno Wu's Seven Star Works and producer Larry Kasanoff's California-based Threshold Entertainment Group, which produces live-action movies.

"For our debut project, Threshold Global Studios will bring one of the most beloved, cross-generational gaming brands in the world to the big screen as an epic, sci-fi thriller," Kasanoff said in a statement.

The video game requires players to arrange and clear bricks that fall faster and faster into a rectangular matrix at the bottom of the screen before they run out of space. "Tetris" has survived the transition from desktop to console to smartphone better than most other popular video games from the 1980s, such as Pac-Man. Whether it will survive the transition to the big screen is less clear.

"The fact that I loved playing 'Tetris' when I was an elementary student doesn't mean I will see the film at all. Actually, the idea of making it into a film sounds extremely silly," said personal trainer Xu Jie, 30, interviewed in downtown Beijing on Wednesday.

A hairdresser who only gave his surname, Ju, said that although he played "Tetris" as a boy, that wouldn't be enough to entice him to watch the movie. "I don't think I will go to the cinema to see a film like that, because I don't see any interesting story there. It doesn't sound appealing at all," said Ju, 29.

"Tetris" was invented in 1984 by Russian Alexey Pajitnov, who drew inspiration from a puzzle board game. He named it after the Greek word "tetra," meaning "four," and "tennis," his favorite sport. In China, the game translates as "Russian Cube Block."

The Sino-U.S. co-production fits into Hollywood's own strategy of teaming up with Chinese companies in the hope of striking big with the fast-growing Chinese market, now the world's second-largest box office behind North America.

The joint venture "will make cross-cultural movies for the global market," the studio statement released Tuesday said. Kasanoff added that the 32-year-old "Tetris" "is a perfect first project for this strategy."

Shooting will begin next year and there are plans to film in China and feature Chinese actors. The movie, which wasn't named in the studio's statement, follows in the mold of such computer game-inspired film productions as "Resident Evil," "Tomb Raider" and "Mortal Kombat." Kasanoff produced two "Mortal Kombat" movies. Wu is founder and CEO of Sun Seven Stars Media Group, a private media and entertainment investment company in China.
RELATED TOPICS