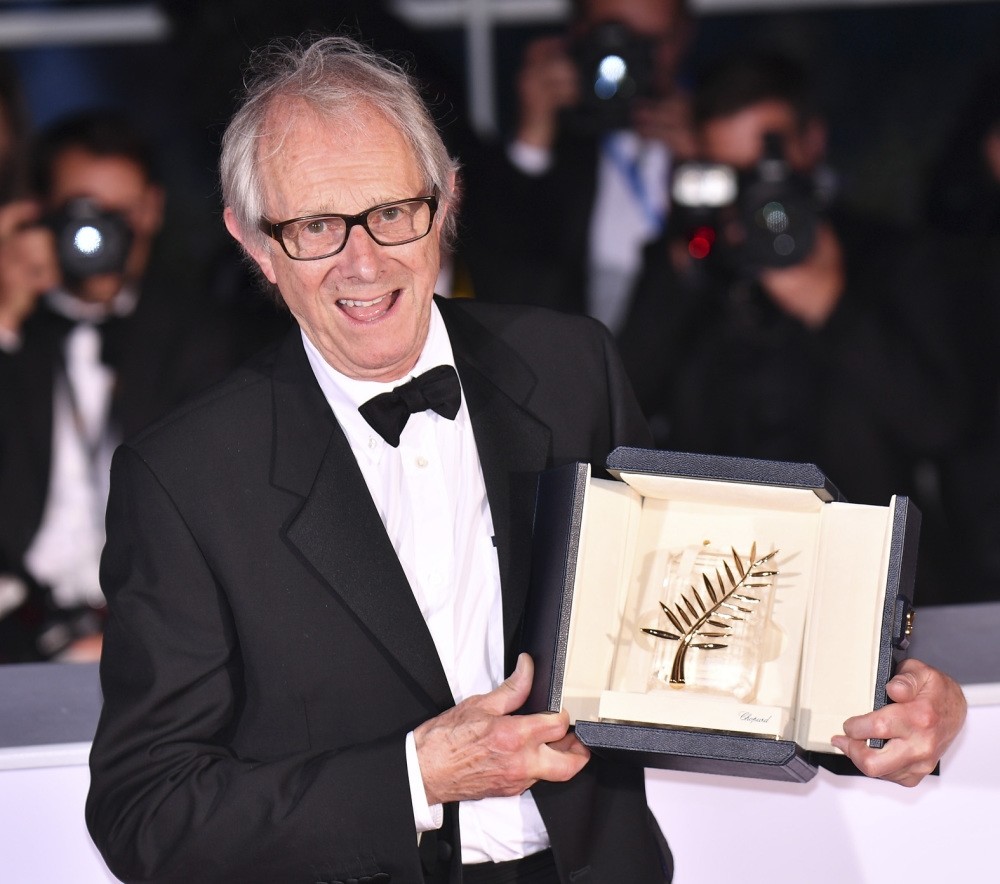 Veteran director Ken Loach won the Palm d'Or for the second time for 'I, Daniel Blake' while accomplished Iranian director Asghar Farhadi won two awards for his film 'The Salesman'

Cannes Film Festival ended on Sunday with a surprise win for veteran British director Ken Loach. The 79-year-old Loach clinched the festival's coveted Palme d'Or for best picture for his film "I, Daniel Blake" about a carpenter and a single mother battling the bureaucracy of Britain's health service.

His success was one of a series of surprises at Sunday's gala award ceremony. Indeed, this year's Cannes' awards were notable for how few of the festivalgoers' favorites won any of the movie showcase's prestigious prizes.

While Loach's movie was well-received by festivalgoers, it fell short of the popularity of German director Maren Ade's comedy "Toni Erdmann," which failed to win any awards. Ade's film garnered a record score of 3.7 out of a possible four points on the grid of international film critics drawn up by the London-based Screen International, which is considered to be a key gauge of the critical response to the films screened at the festival. Even Loach told a press conference that he was "quite stunned" about winning the award.

This was also the case with United States-based independent filmmaker Jim Jarmusch, whose story of a poet bus driver in Paterson was very popular on the Croisette, the palm-lined boulevard that cuts through Cannes. But director of the "Mad Max" series, George Miller, who headed up the nine-member jury, said: "We avoided looking at what other people were saying," adding that the jury had been "rigorous and vigorous" in considering the festival's films.

The normally lofty world of Cannes' annual film festival was also one of the most political in recent years with Loach warning that Europe's tough fiscal austerity was fueling the threat of the far-right. "We're in the grip of a project of austerity driven by ideas, what we call neoliberalism, and that has brought us to near catastrophe," Loach said accepting his award. "There is a danger of despair that people from the far right take advantage of," said the left-wing filmmaker, who won the Palme d'Or in 2006 for his film "The Wind that Blows the Barley" about the Irish War of Independence in the early part of the last century.

Compared to some of Loach's more recent lighter offerings, such as "Angel's Share" and "Jimmy Hall," "I, Daniel Blake" marked a return to Loach's more emotionally charged social commentaries, such as his groundbreaking 1960s documentary-drama "Cathy Come Home" about a couple plunged into homelessness.

Cannes has had a long love affair with Loach whose hallmark through a more than 50-year moviemaking career has been social realism. He has now made more than 20 films. The 69th film festival also included several films with strong social commentaries. This included Jaclyn Jose, who won the festival's best actress award for her role as an impoverished mother running a convenience store in Manila who has to sell drugs on the side to make ends meet in Filipino director Brillante Mendoza's "Ma'Rosa."

Romania's Cristian Mungiu, turned the spotlight on corruption in his nation in his movie "Bacalaureat" (Graduation). Mungiu shared the award for best director with France's Oliver Assayas. The 27-year-old Canadian director Xavier Dolan's portrayal of a man returning home after an absence of 12 years to tell his family he has a terminal illness won the Grand Prix, which is the festival's second prize after the Palme d'Or. Yet, Dolan's film, "It's Only the End of the World," was met with a less than lukewarm response from crisis after it was screened.

Cannes' third prize, the Jury Prize, went to British director Andrea Arnold for "American," her story about a group of young magazine sellers on an endless party and drug-fueled trip across the U.S., which also received a mixed reaction among festivalgoers.

Another surprise was Farhadi's "The Salesman" winning two awards - one for best actor for Shahab Hosseini. He played the role of a husband, who along with his wife move into a new apartment only to face a dramatic change in their life after the wife is attacked in an incident related to a previous tenant. The film also won the Best Screenplay award. Farhadi said the movie's success was "a homage to Iran."
RELATED TOPICS