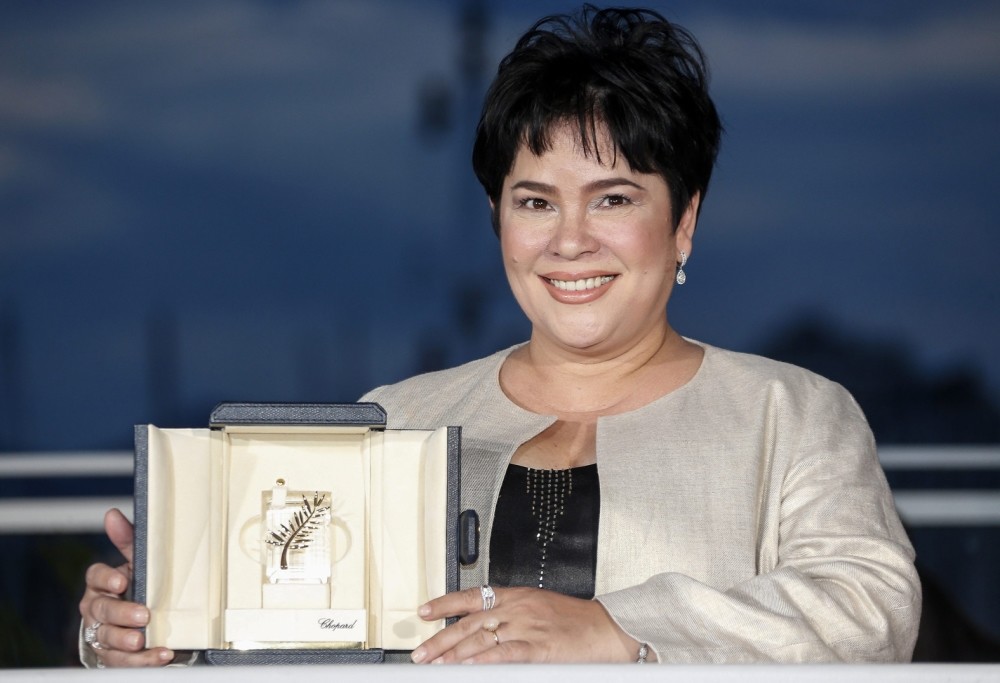 The movie was directed by Brillante Mendoza, who in 2009 became the first Filipino to win best director at the festival for "Kinatay."

"I am so surprised. I just went to have the red carpet walk with my daughter, my real-life daughter and my daughter in the movie also," Jose said as she accepted the award Sunday, referring to her daughter Andi Eigenmann. "To Cannes, thank you so much, thank you to the jury, thank you that you liked our film."

The actress, who had appeared in previous films by Mendoza, said she was sharing the award with her director, her daughter and the cast of the film, as well as all Filipinos.

"Ma' Rosa" is about a mother of four who owns a small convenience store in a poor neighborhood of Manila. To make ends meet, Rosa and her husband resell small amounts of illegal drugs on the side. When they get arrested, she and her children become desperate and are ready to do anything to buy her freedom from corrupt police.

Mendoza told a news conference in Cannes prior to the award ceremony that the movie was based on a true story and his personal experience with a main character of the film four years ago.

The director, who has become known for tackling dark social issues in his films, said, "It happened, that's why it has to be told."

"As an artist, as a filmmaker, you have to share it with the rest of the world for them to realize and also for them to think about it, that such situation should not happen," he added.
RELATED TOPICS