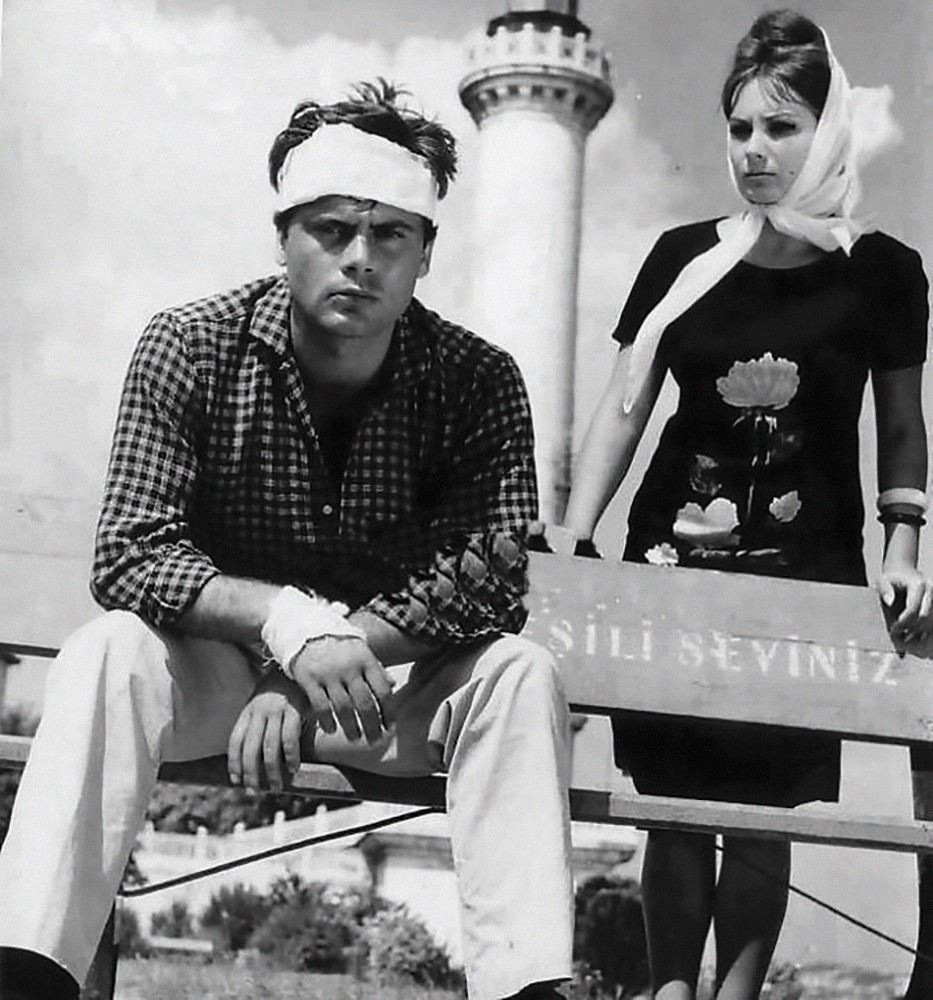 Still from the 1964 film u201cSuu00e7lular Aramu0131zdau201d (The Guilty Are Among Us)
by Daily Sabah Jun 04, 2016 12:00 am
SALT's Thursday Cinema continues in June with four films tracing the temporary and long-term impacts of world fairs, Olympic games and football cups on their host cities. There will be three screenings at SALT Galata's auditorium for free until the end of June.

Directed by Debs Gardner-Paterson, "Africa United" tells the story of three Rwandan children who walk 3,000 miles to take part in the opening ceremony of the 2010 Football World Cup in Johannesburg. Disaster strikes when they board the wrong bus on the way to the selection trial and cross into the Congo, where, without papers, money or a believable story, are escorted to a children's refugee camp. However, with incredible ingenuity, sass and a poster for the World Cup as a map, they escape the camp and pursue their dreams. Their journey through seven countries reveals an Africa unseen before.

Since the first official FIFA World Cup, which took place in Uruguay in 1930, host countries have mainly been selected from the continents of America and Europe. Following the first cup held in Asia in 2002, bidding for the 2010 games was opened only to African countries. South Africa won the bid, defeating competition from Egypt and Morocco.

Directed by Chinese director Miao Wang, the documentary "Beijing Taxi" is a timely, uncensored and richly cinematic portrait of China's ancient capital as it undergoes a profound transformation. The film takes an intimate and compelling look at the lives of three cab drivers as they confront modern issues and changing values against the backdrop of the 2008 Summer Olympic Games. Through their daily struggles infused with humor and quiet determination, the complexity and contradictions of China's shifting paradigm are revealed.

The 2008 Olympic games triggered a massive construction process that resulted in a number of internationally acclaimed projects. Perhaps the most famous, the Beijing National Stadium, is known more informally as the Bird's Nest. The stadium was designed by Basel-based architecture office Herzog & de Meuron in collaboration with China Architecture Design & Research Group, international structural engineering firm Arup, and with artistic consultancy by Ai Weiwei.

Turkish director Metin Erksan's, "Suçlular Aramızda" (The Guilty Are Among Us), portraits a story about a theft. A necklace, believed to be of great value, is stolen from the estate of a wealthy family in Istanbul. However, it becomes apparent that the necklace has no value at all, and is in fact a fake. This object, causing a matter of pride and struggle for supremacy between the family and the thieves, becomes a symbol of social class conflicts and individual justice. With its structure similar to that of detective storytelling, the film received considerable interest and won Erksan the award for Best Director at the 34th Izmir International Fair in 1965, and Best Social Content at the Milano Film Festival the very same year.

Part of the 34th Izmir International Fair, a competition between 10 Turkish films took place in the 1st Film Festival organized at Manolya Open Air Theater. The awards were handed out at Kübana Casino.