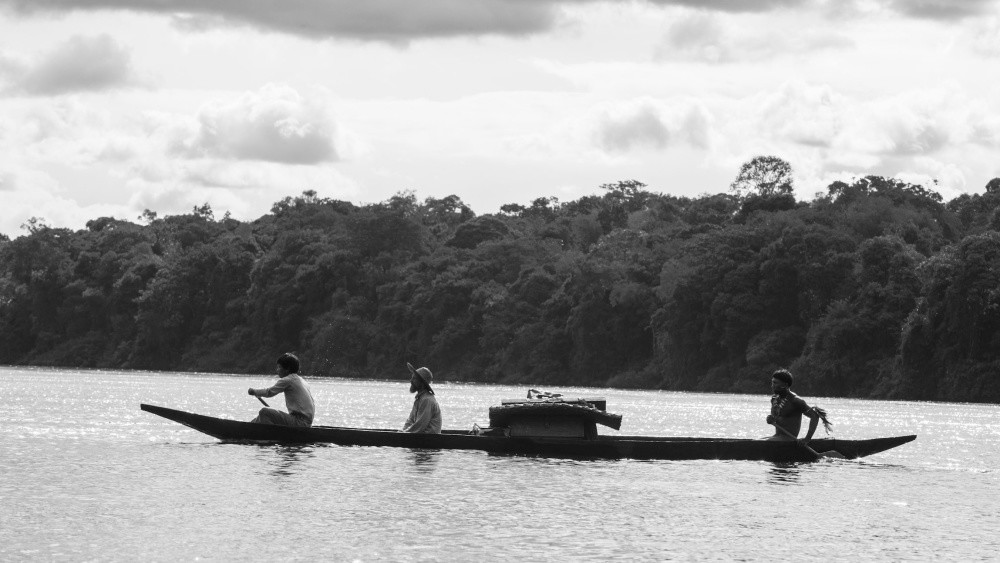 by reuters Jun 11, 2016 12:00 am
The indigenous people who inspired the Oscar-nominated Colombian film, 'Embrace of the Serpent', fear their communities will be torn apart within a generation as youth are trapped between traditional lifestyles and the lure of modern cities, according to the film's director.

The film, released on Friday, tells a fictional story based on true events in the early 20th century when indigenous societies were shattered by colonial invasion, forced conversion to Christianity and industrial exploitation of the Amazon's native rubber trees.

Director Ciro Guerra spent months consulting indigenous people from the Vaupes district of southeastern Colombia, where the film was shot, while finalizing the film's script.

It is the first major Colombian release to feature an indigenous protagonist and a story told from his perspective.

Guerra told the Thomson Reuters Foundation that the communities believe that bribery and the allure of capitalist society will destroy those that are left.

"Their biggest concern now has to do with the fact that the younger generations are in a very difficult place, because they no longer relate to traditional ways of life," the 35-year-old filmmaker said.

"They are seduced by the capitalist lifestyle, but then, when they go to the cities and they try to live this lifestyle, they don't belong there either." "There are complete generations trapped in the middle - and the middle is full of alcoholism and in many cases it has led to young people committing suicide."

Today, 40 of Colombia's 102 indigenous groups are considered at risk of extinction, according to the United Nations.

Many have been forced to flee ancestral lands during the country's five decades of civil war. An oil and mining boom has also caused them to uproot themselves.

Once pushed off their lands, indigenous groups typically seek refuge in the slum areas of Colombia's major cities, where they often live in extreme poverty - forced to beg and at risk of sexual exploitation.

While living in urban areas, they risk losing their traditional medicine, language and culture. "Embrace of the Serpent" is the first feature to be filmed in the Colombian Amazon in more than 30 years, said its producers.

Guerra said he began making the film three years ago as a way to learn more about the "hidden and unknown" half of his native country covered by the forest.

The film's protagonist, Karamakate - a warrior shaman who is the last surviving member of a soon-to-be lost tribe - was created by combining traits of indigenous people Guerra met and historical figures described in the journals of two 20th century European explorers.

Laws in Colombia protect indigenous people and restrict construction on reserves, which account for almost a third of Colombia's territory. But a large proportion of reserves are now in conflict with oil and mining companies, banana and palm oil plantations, according to the United Nations.

The area of Vaupes where filming took place is largely undeveloped, as access is limited by a tempestuous river that is unnavigable by boat, said Guerra.

The filmmaker said that, despite protection, indigenous people say fellow tribes people have been recruited to grow coca to supply networks of cocaine traffickers in the forest. Mining companies, keen to access the area's mineral resources, have also attempted to acquire ancestral lands, he said.

"The leaders are being bribed or being corrupted or being to sign those mining deals. It's a big problem," Guerra said. "There are then internal struggles and political struggles between the people and those leaders." Film reviews have praised Guerra's attempt to show the process of colonization from an indigenous perspective. In addition to an Academy Award nomination in 2016 for Best Foreign Language Film, the film - Guerra's third - won the top prize in the Directors Fortnight at Cannes in 2015 and eight categories at the Macondo Awards - Colombia's Oscars.
RELATED TOPICS