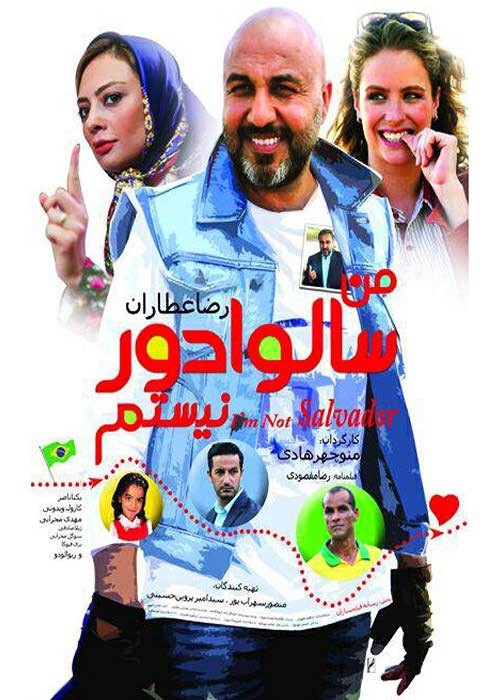 Directed by Reza Maghsood and starring Yekta Naser, Carol Vidotti, Reza Attaran and Rivaldo Ferreira, the Iranian-Brazilian co-production comedy film is about the drastic change in a teacher's life. Naser, a middle aged married teacher, returns a suitcase full of money to its owner without waiting. The owner of the money gives Naser a monetary prize, but Nazer refuses the money. After this, a TV channel invites Naser and his wife as guests on a program. They then win a trip to Brazil. However, due to the cultural differences they become restless. Angela, a woman who they meet in Brazil, thinks that Naser is her ex-boyfriend Salvador.

Although everything seems to be just right, there is still an uneasiness for Yanis and his gang. Yanis's sister Amine sells a huge gun used in a robbery instead of getting rid of it another way. But the weapon is bought by a drug gang and when they start getting in trouble, it leads Yanis into a robbery. After the robbery, even though Yanis is not concerned with the millions of dollars' worth of drugs, he must work with the gang once again.

With the actors in clothing crafted with the latest technology and equipment, the audience enters the gaming realm where the only way to leave is winning. The science fiction action film is uses revolutionary virtual reality.

Starring Kristen Stewart and Nicholas Hault, "Equals," is a sci-fi and drama directed by Drake Doremus. The film is about the relationship between two young people who fall in love in a world where all feelings are forbidden. The film takes place in a world where humanity struggles with a deadly disease and is isolated from everything in a whole new environment.

Directed by Ali Abbas Zafer, "Sultan" stars Salman Khan, Marko Zaror, Anushka Sharma and Randeep Hood. The film is about the love between two local wrestlers Sultan Ali Khan, a local wrestling champion who dreams of representing India in the Olympics, and Aarfa, a young girl who lives in the same small town as Sultan.