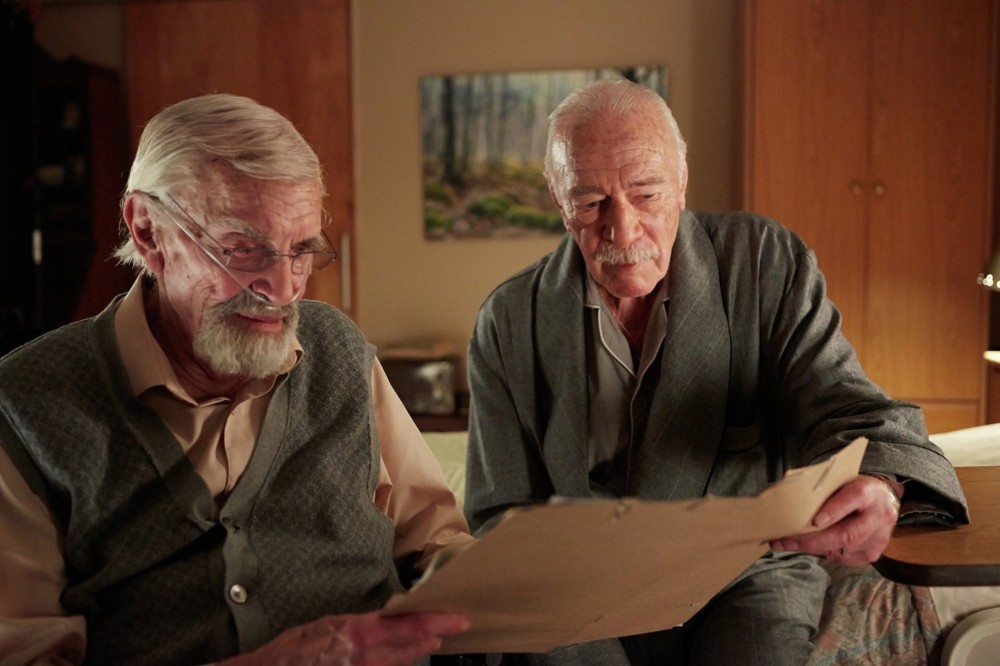 Directed by Atom Egoyan, who has received countless awards at various film festivals, the drama film "Remember" features Dean Norris, Martin Landau and Bruno Ganz in the leading roles. Zev, an old man having problems with his memory, mourns the loss of his wife Rurh. The only thing that keeps him going is the promise of vengeance that he gave his wife. With the help of his friend Max in the retirement house, he vows to find and kill the mystery man who killed his and Max's family in Auschwitz during World War II. However, the biggest enemy of Zev is not the man but his memory.

Starring Selma Ergeç, Selim Bayraktar, Gianni Capaldi, Natalie Burn, Guillermo Ivan and Larry Wade Carrell, the Turkish-American co-production horror film was written by Loris Curci and Barry Keating and directed by Patricio Valladares. A group of American documentary film makers travel to Istanbul to find the lost grave of Vlad the Impaler, who was kept in a dungeon for a while during the reign of the Ottoman Empire. As the investigation drags the team to the village of Garipçe in Istanbul, the filmmakers find themselves trapped in a different legend.

Our Kind of Traitor

A couple gets involved in the evil plans of a Russian oligarch and suddenly find themselves positioned between the Russian mafia and the British Secret Service, neither of whom they can trust. Directed by Susanna White, the British action film stars Ewan McGregor, Naomie Harris, Damian Lewis and Stellan Skarsgard in the leading roles.

A young woman who thinks that she left all the fears she had behind when she was growing up discovers that her little brother experiences the same things when the lights are out. As she tries to unlock the mystery, the young woman faces the same bad memories she had when she was a child once again. Starring Teresa Palmer, Gabriel Bateman, Billy Burke and Alexander DiPersia, the horror film "Lights Out" is directed by David F. Sandberg.

The worst teachers in France, which the audience met in the first film to this sequel, travel to England for an ultra-secret mission. With Boulard, the King of the Dunces, they are parachuted into the best school in the country and will apply their famous methods on the future of the nation. Directed by Pierre-François Martin-Laval, the French comedy film stars Kev Adams, Isabelle Nanty, Didier Bourdon, Pierre-François Martin-Laval and Arnaud Ducret.

Doraemon: Nobita and the Birth of Japan

The Japanese animation film, dubbed by Kotono Mitsuishi, Aya Hisakawa, Wasabi Mizuta, Megumi Oohara and Yumi Kakazu is directed by Shinnosuke Yakuwa. The film, which is a part of a long-running series, recounts the heroic journey of legendary fish Doraemon to help and save Nobita and his friends.