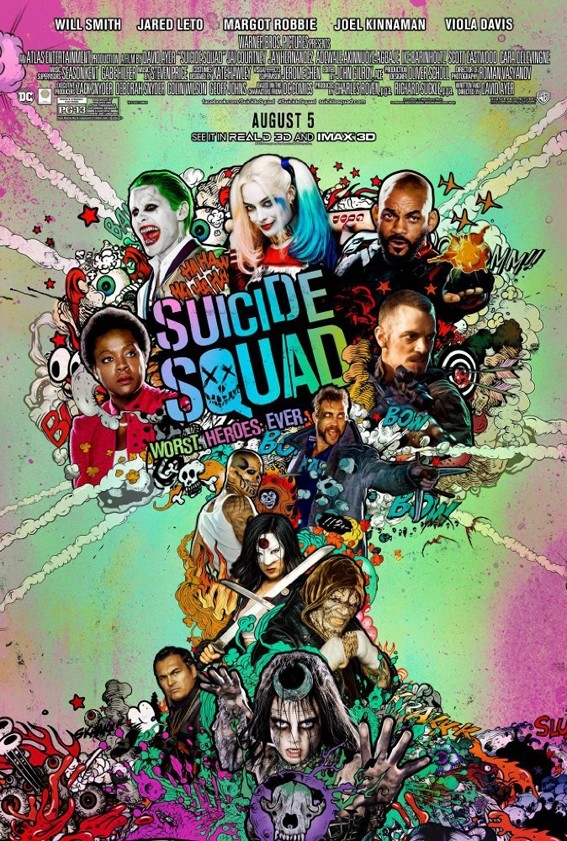 by Aug 04, 2016 12:00 am
A deadly hit man, a sweetly insane former psychiatrist, a boomerang-wielding assassin, a lethal reptilian and a pyromaniac gang member are not the usual suspects to protect Gotham city, but the "Suicide Squad" prove that even bad guys can be good.

"Suicide Squad," out in theaters on Friday, follows a rogue group of DC Comics anti-heroes - Deadshot, Harley Quinn, Boomerang, Killer Croc and El Diablo - who are captured and held hostage by Gotham's government to use as weapons to protect the city.

Throw in the Enchantress, the Joker and ruthless government official Amanda Waller, and the Suicide Squad make their film debut with some big obstacles to overcome as they harness the best of their rotten selves to enact some good.

The film showcases a new direction for Warner Bros' DC superhero universe, which has taken a more dramatic and serious tone in action films such as "Batman v Superman: Dawn of Justice."

"The hardest thing is finding that balance between entertaining the audience, giving audience information, setting up a lot of major characters and setting up a whole entire world," writer-director David Ayer said.

Jared Leto is the latest actor to don the green hair and menacing grin of the Joker, following on from Jack Nicholson and more recently, the late Heath Ledger in Christopher Nolan's "Dark Knight" franchise.

"You can have green hair and white skin and a crazy laugh but you have to start from the beginning and walk down a brand new path," Leto said of creating his own stamp on the character.

Ayer's tongue-in-cheek tone plays up the killer instincts of the Suicide Squad along with a plot that sees them try to sacrifice themselves for the greater good.

"You get bored of the superhero, you know the story punch line, you know he's going to win the fight and get the girl," said Adewale Akinnuoye-Agbaje, who plays Killer Croc.

"With these guys, will they complete the mission? Will they kill each other? Will they escape? Will they end up dead? - you don't know."