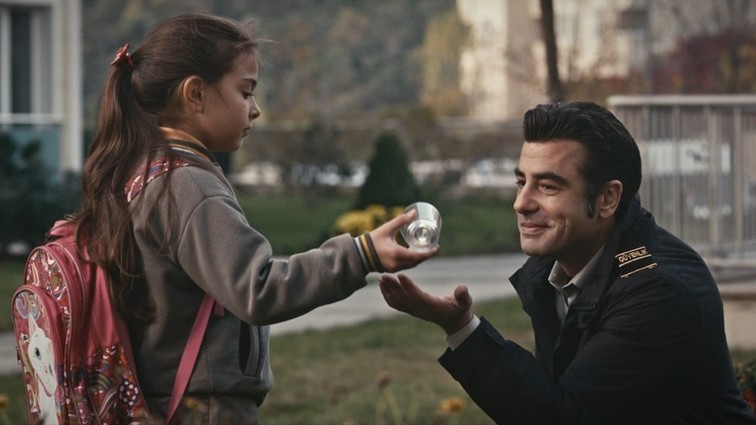 A premiere of "Emanet" (Trust), a Turkish action-thriller filmed as part of the TV Films Project by the state-run broadcaster TRT (Turkish Radio and Television) was held for the press on Aug. 3. The film's director and producer Emre Yalgın, together with the cast including Tayanç Ayaydın, Elena Viunova, Koray Şahinbaş and Çağla Naz Kargı, attended the premiere held at Istanbul's Kanyon AVM.

Speaking to Anadolu Agency (AA), Yalgın said that "Emanet" aims to take the Turkish film industry to a new level.

Yalgın, who wrote the film script five years ago, said: "Shooting action films is generally intimidating for film producers. As you know, producers in the Turkish film industry usually follow one of the two mainstream genres in film: comedy and horror. Action films are more costly to produce. Our budget [for film production] is not comparable to the Hollywood film industry, but within the framework of our budget, we have a chance to produce blockbuster hits in this genre by choosing the best approach to storytelling."

Noting that he previously shot two indie films, Yalgın added: "This film was a different experience for me. 'Emanet' has a different narrative framework. It has been a different experience for me as well as the crew, we really enjoyed this project. Without the support from the TRT Films Project, it would have been really difficult to realize this project. Budget restrictions are a big problem. When this project began, we made our application like everyone else and the results were positive. When we met with TRT, we said, 'Let's take this film one step further and not leave it as merely a film for TV,' and we successfully turned this into a joint production. Viewers will find a hero and various mafia characters in the movie. Viewers will be shocked and gripped by adventure."

One of the movie's highest-paid actors, Tayanç Ayaydın, said they began shooting the film aiming to create an action-thriller that raises standards in the genre.

Ayaydın underlined that extensive meetings took place among the cast before they started shooting. "We went to great measures in the pre-production process; something that most film producers do not do, paying attention to minute details and the depth of the film's content, in terms of both physical and psychological underpinnings in the process. We began filming with complete understanding. Despite that preparation, these projects come with their share of surprises in the filming process, but going to such lengths in the pre-filming process enabled us to navigate the twists and turns easily." According to Ayaydın, his character is a cold-blooded character and full of surprises. He is an anti-hero with whom viewers will find difficult to empathize; thus making it crucial to capture the audience by making his role clear. Ayaydın said: "Our hero is actually a killer. We were walking a very thin line in that context. We needed to do psychological research in order to be able to clearly reveal the reasons behind his actions. Writing a background for the character which the audience is unaware of while simultaneously embracing it was our job, covering the psychological aspects of the film."

The film centers around a security officer who seeks justice and trust, and the film's tagline: "If you lose your trust, your doom is near."

The plot can be summarized as follows: "Working as a security officer in a building, Mirza (Tayanç Ayaydın) takes on a relentless battle with the mafia after a little girl, the only witness to a murder committed in the building, is kidnapped. Security officer Mirza starts seeking his own justice, telling himself, 'Your justice was too slow to save a little girl's life.' Initially ignored by the mafia and the police, Mirza swiftly overthrows the mafia while events gradually deepen. The knot is untied and distorted relationships are revealed, along with everyone's hidden character."

The original score was conducted by Tolga Sünter and Koray Şahinbal, and "Emanet" premieres on Aug. 5.
Last Update: Aug 05, 2016 1:43 am
RELATED TOPICS