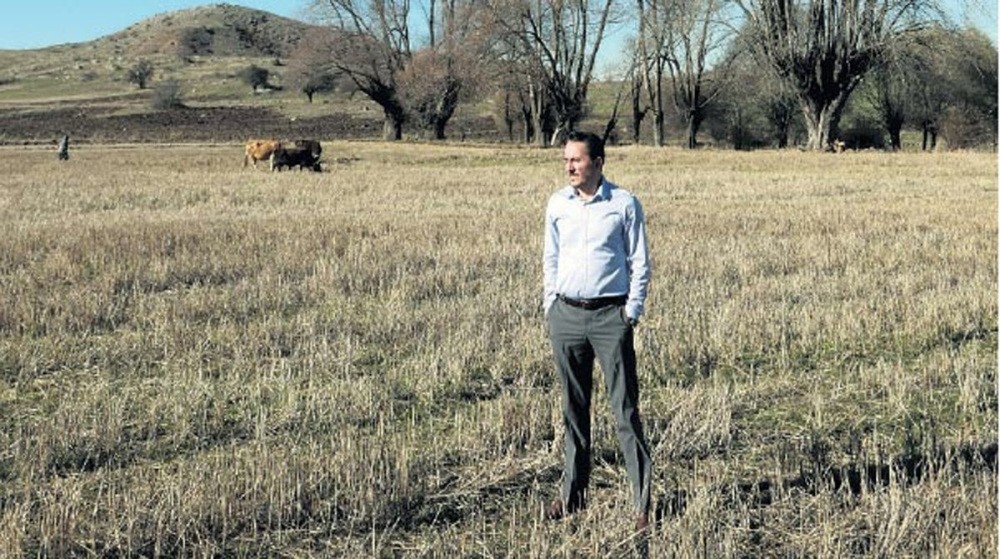 Director Cemil Ağacıkoğlu's new film ‘The Field' was recently screened at the 22nd Sarajevo Film Festival. The director shared his inspirations and the sociological matters that the film addresses

Cemil Ağacıkoğlu's third feature-length film, "The Field" (Tarla), was screened at the 22nd Sarajevo Film Festival. Speaking to Anadolu Agency (AA) following the movie's showing at the National Theater, Ağacıkoğlu said the audience showed a great interest in the film, which premiered at the Istanbul Film Festival. Stressing he was glad that the film got a good response from audiences at the festival, Ağacıkoğlu said they received positive responses from both the viewers and the festival executives.

Regarding the film's theme centering on the effects of pawn broking on life, the movie's director Ağacıkoğlu said: "To me, the most important thing is for you to be at peace with your film. Because you know deep down what your film is about. Therefore, these reactions put additional value to it. Of course it makes you happy, but what matters is what the director and the cast feel at the end of the film."

Touching on the family relations in the film, Ağacıkoğlu said his family relations were just the opposite of what is depicted in the movie. "When I saw the family relations of my friends and people closest to me, I always felt broken. I did not have any problems like this with my family. Therefore, what I saw really affected me, and maybe I made this movie for them," Ağacıklıoğlu said, suggesting that it probably serves as a message and would hopefully have an effect on those having the same kinds of problems. "Maybe today, it is a pawnbroker, it can be something else tomorrow. Everything around us can change. That's what we tried to tell," Ağacıkoğlu said.

He said he found the situation Tarık fell into, his problems with his brother and his desperation quite noteworthy.

Serkan Ercan, who portrays Tarık, said the director and the actors loved the film as well as the audience.

Stressing that "The Field" is a family film, Ercan said: "Of course it accords with my life since it is about family, but I cannot say that it completely does, considering Tarık's relation to his family and what he has gone through with them." Pointing out that he is closer to his family than Tarık, Ercan said Tarık remembered his family when he needed something or he needed to own that field inherited from his family, and therefore got close to them. Even though his family thinks he wants to see them because he misses them, Tarık does what he does out of necessity, according to Ercan.

Adding that he is a little different from Tarık, but he can understand him, Ercan said: "The film centers on the relationship between two brothers at some point. He goes to his family to take the field, but goes back to Istanbul with his brother. Throughout their journey, he starts questioning his relation with his family and brother, his deeds, dreams and his job. It shows us that when we are having the worst of times, the effort that we have to show comes from our family or our relation to them."

Explaining that he enjoyed playing Tarık, Ercan said he never put himself in the same position as his character, but came across people like him in his life. "They are in a tough spot, but you try to understand them by empathizing somehow," Ercan said. "The character can be far from your personality, but you need these to portray him. I understand Tarık and his reasons, he makes mistakes but takes the road wanting to do some good. He tries to put his family in a better position, but things do not go as he has planned. It is not just his fault by the way. I like the character." The cast and director Ağacıkoğlu answered questions from the audience following the film screening.

Starring Serkan Ercan, Ilgaz Kocatürk, Kenan Bal, Hale Akınlı and İlyas Özçakır, "The Field" tells the story of Tarık, an ambitious dreamer who gets caught up in a debt trap and is about to lose his apartment and his marriage. Things do not go as planned and he decides to sell his family farm to repay his debts as a last resort. He goes to his hometown to convince his family and they agree to give the field to Tarık, albeit half-heartedly. However, they send his little brother Emre with him to Istanbul as well to help him out. Later on, the journey opens unexpected doors for the two brothers.
RELATED TOPICS