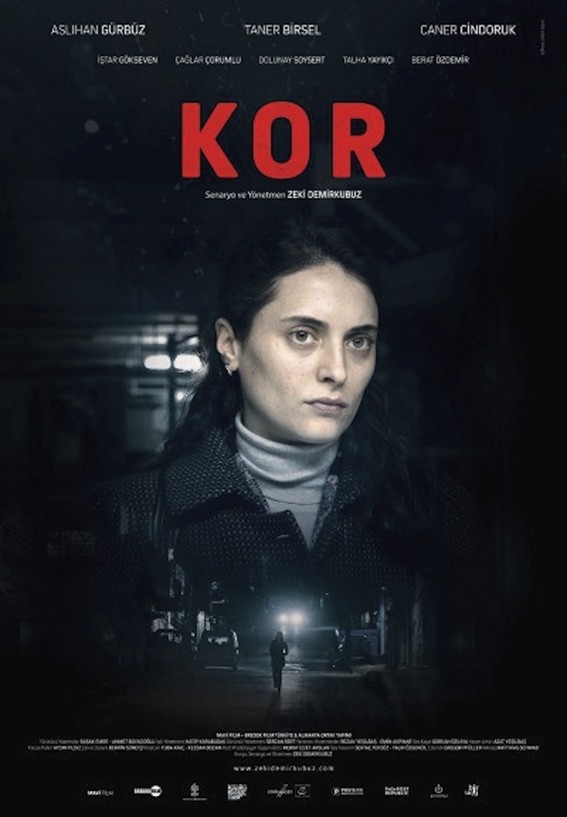 by Daily Sabah Aug 19, 2016 12:00 am
Turkish director Zeki Demirkubuz's latest film "Kor" (Cinder) will be screened at the Toronto International Film Festival (TIFF) in September. Starring Taner Birsel, Aslıhan Gürbüz, Dolunay Soysert, İştar Gökseven, Çağlar Çorumlu and Caner Cindoruk, Demirkubuz's film will be featured in the Contemporary World Cinema section. The director said: "Humans combine rationality and irrationality, passion and values, making us good as well as bad. The pain, which we suffer, is hidden in our nature, which is difficult to understand. My main objective in cinema is to question the nature by which we have to live desperate lives, and understand how our lives are shaped by human nature."

Set in Istanbul and filmed in 2015, "Kor" is a Turkish-German co-production and post-production took place in Germany. The film centers upon Emine, whose husband Cemal goes to Romania for work and is arrested. While caring for her sick son who desperately needs an operation, Emine runs into her former boss, Ziya. Although Emine chose to marry Cemal instead of Ziya, Ziya takes advantage of Emine. When Cemal later returns to Istanbul, he discovers the truth.

Also screening will be the new film "Tereddüt" (Hesitation) from accomplished director Yeşim Ustaoğlu, whose world premiere will be at TIFF. Starring Funda Eryiğit, Mehmet Kurtuluş, Okan Yalabık, Serkan Keskin and Ecem Uzun in the leading roles, "Tereddüt" will be screened in the Contemporary World Cinema section. The film is co-produced by Ustaoğlu, Titus Kreyenberg, Marianne Slot, Klaudia Smieja and Eliza Oczkowskaortak, and focuses on two women whose paths cross in an Anatolian town. The date when the film will reach Turkish screens will be announced soon. TIFF will run from Sept. 8-18.
RELATED TOPICS