'Ottoman Lieutenant' to come out soon 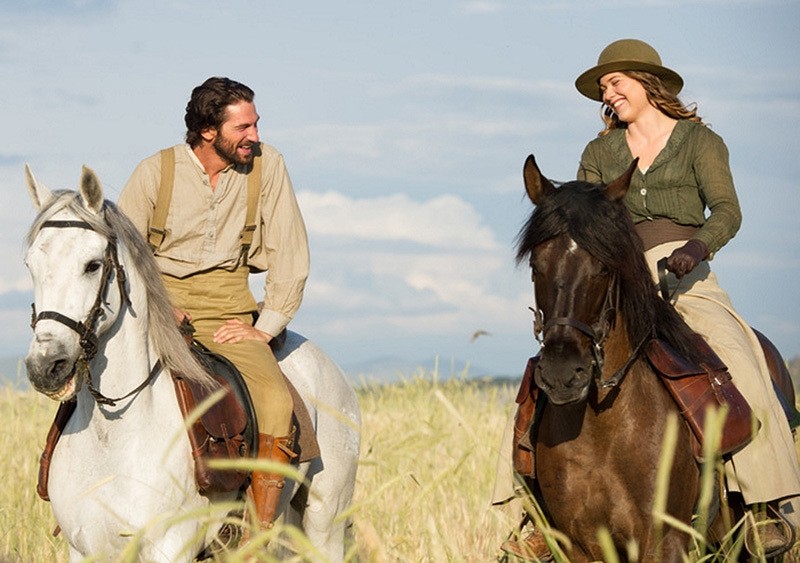 by Zeynep Esra İstanbullu Sep 07, 2016 12:00 am
The "Ottoman Lieutenant," which tells the story of what happened in eastern Anatolia during World War I from the point of view of two nurses, will be out in theaters soon.

Directed by Joseph Ruben, best known for the films "Sleeping with the Enemy" and "The Forgotten" and written by Jeff Stockwell, best known for "Bridge to Terabithia" and "The Dangerous Lives of Alter Boys," the shooting took place in the Czech Republic, Cappadocia and Istanbul.

The film tells the story of an American doctor, Jude Hartnett, who is disappointed in the injustice in his home country, and Lillie (Hilmar), an idealist young woman who leaves America to be with Jude during his duty at the Ottoman Empire. In times when the whole world is going to war, she falls in love with an Ottoman soldier İsmail Huisman. As the war gets worse, Lillie has to decide whether she will live for others or for herself.

Stephen Brown, one of the producers of the film set in Van in 1915, says that they wanted to reflect both the pain and suffering of Turks and Armenians in eastern Anatolia during World War I, a subject not handled before, in an impartial manner.