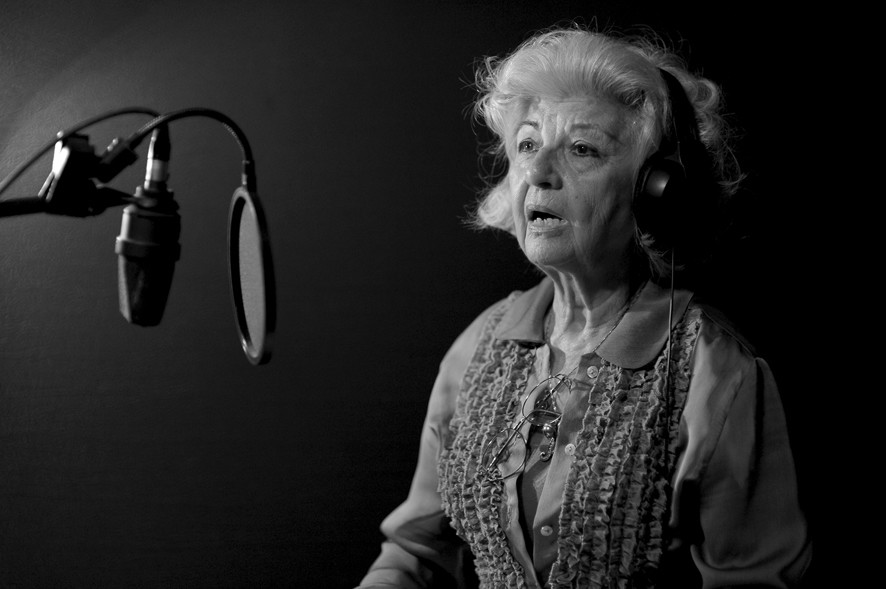 This year's International Antalya Film Festival, which will open on Oct. 16, is preparing an exhibition of photographs of dubbing artists, the hidden heroes of Turkish cinema

The 53rd International Antalya Film Festival, which endeavors to improve Turkish cinema via its program and additional events, pays homage to the behind-the-scenes heroes of cinema with an exhibition full of surprises. The exhibition, "Rabarba: Seeing the Voices," brings together photographs of dubbing artists, enabling us to put faces to the voices we recognize so well.

The special project by photographer Serdal Güzel and well-known actress Deniz Çakır features black and white photographs of 151 dubbing artists photographed in dubbing studios from 2009 to 2011. The project that took its creators years to complete will be spread throughout the festival from honor awards to the festival catalogue and parade.

Dubbing artists are the faceless heroes who helped many stars of Yeşilçam, including Belgin Doruk, Göksel Arsoy, Yılmaz Güney, Cüneyt Arkın, Türkan Şoray and Filiz Akın, to shine and irreplaceable elements of Turkish cinema since the time of veteran director Muhsin Ertuğrul.

The voices of dubbing artists are also engraved in the minds of Turkish cinema and TV lovers, as they have lent their voices to characters in foreign films and TV series. Thanks to their matchless work, international movie stars such as Al Pacino, Sylvester Stallone, Bruce Wills, Cybill Shepherd, Tom Cruise and Bill Cosby became familiar in Turkish households.

The International Antalya Film Festival not only brings dubbing artists and their profession under the spotlight but also makes it the subject of the special festival book that is published every year as a souvenir of the festival. Furthermore, the festival brings dubbing artists together with movie buffs by giving them an important place in the Traditional Social Responsibility Parade and Festival Road. Starting this year, from Oct. 10 to Oct. 24, various activities with a specific theme will annually take place on Festival Road, which is located between the Glass Pyramid and the Antalya Cultural Center (AKM). This year's Golden Orange Labor Award will be presented to veteran dubbing artists Altan Karındaş and Toron Karacaoğlu. The "Rabarba: Seeing the Voices" exhibition, featuring black and white photographs of more than a hundred dubbing artists, including Kenan Işık, Parla Şenol, Tamer Karadağlı, Cem Davran, Aliye Uzunatağan, Yekta Kopan, Mehmet Ali Erbil, Beyhan Saran, Oya Küçümen, Altan Erkekli, Erkan Taşdöğen, Can Gürzap, Derya Baykal, Cihan Ünal, Şenay Gürler, Yeşim Kopan, Sezai Aydın, Jeyan Tözüm and Sungun Babacan, opens its doors to festival goers on Oct. 17.
Last Update: Sep 15, 2016 12:47 pm
RELATED TOPICS