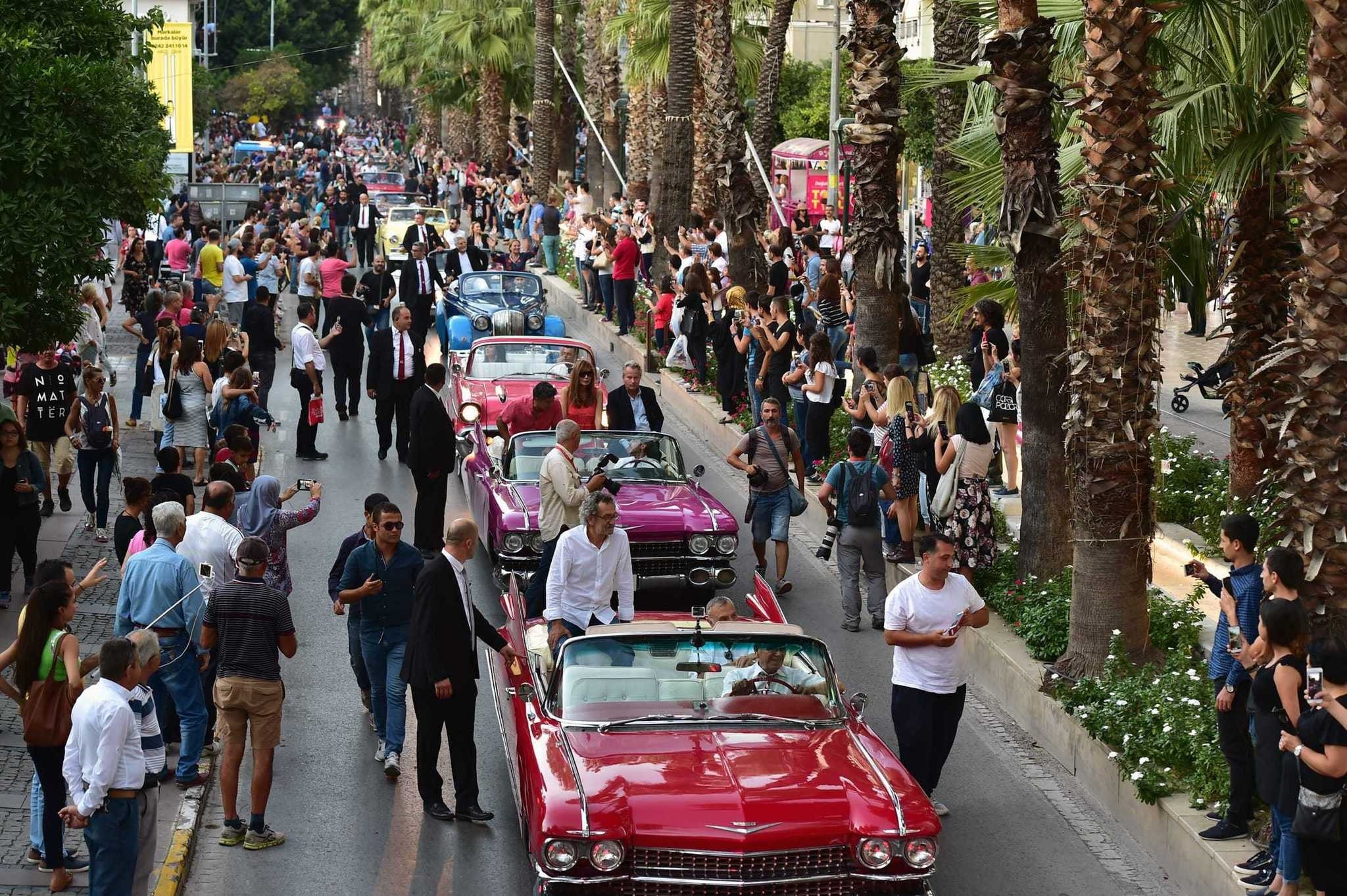 Organzied for the 53rd time, the International Antalya Film Festival was given the green light with the annual parade. The festival was innagurated last night with an opening ceremony 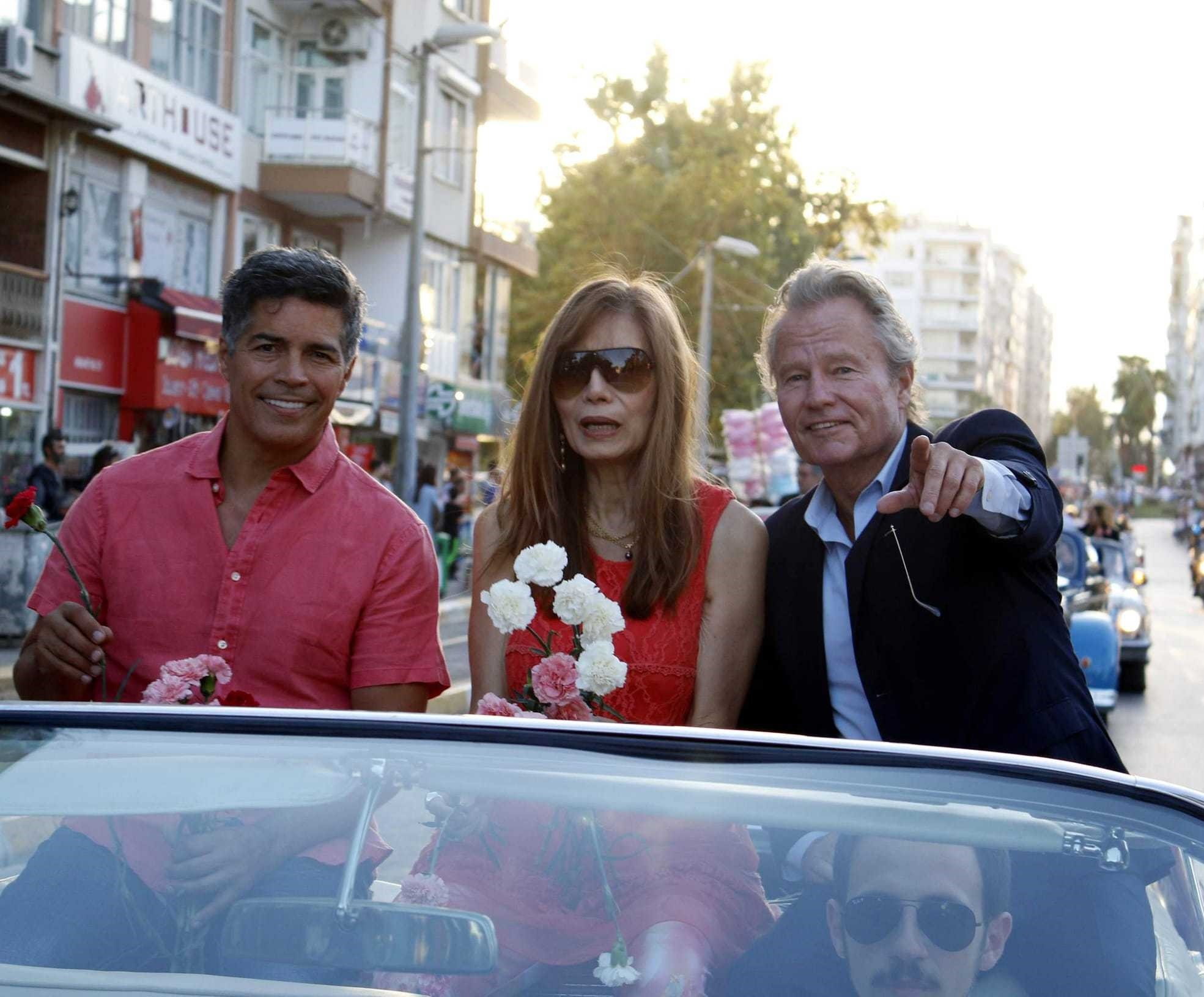 The parade, which began in front of the Glass Pyramid, the main venue of the festival, toured the city. Actor Esai Morales greeted the public in Turkish. Turkish actor Menderes Samancılar stated that there is no better film festival than one that is embraced by locals. Samancılar said: "Antalya and the people of this beautiful city have always protected the legacy of the International Antalya Film Festival. As far as I can see today, the people of this city will continue to embrace this festival for many years."

Mustafa Alabora, another veteran Turkish actor, expressed his gratitude for the people who showed interest during the parade and said: "I am very happy. It appears that we have given people love and they are now returning it back to us." American actor John Savage said he was "very happy" to be a part of the festival, adding that he is in love with the southern city of Antalya. The annual parade has a mission of social responsibility and tries to raise awareness for important issues in Turkey. This year, the participants of the parade gave important messages on the refugee crisis, which they stressed is the responsibility of every country in the world. 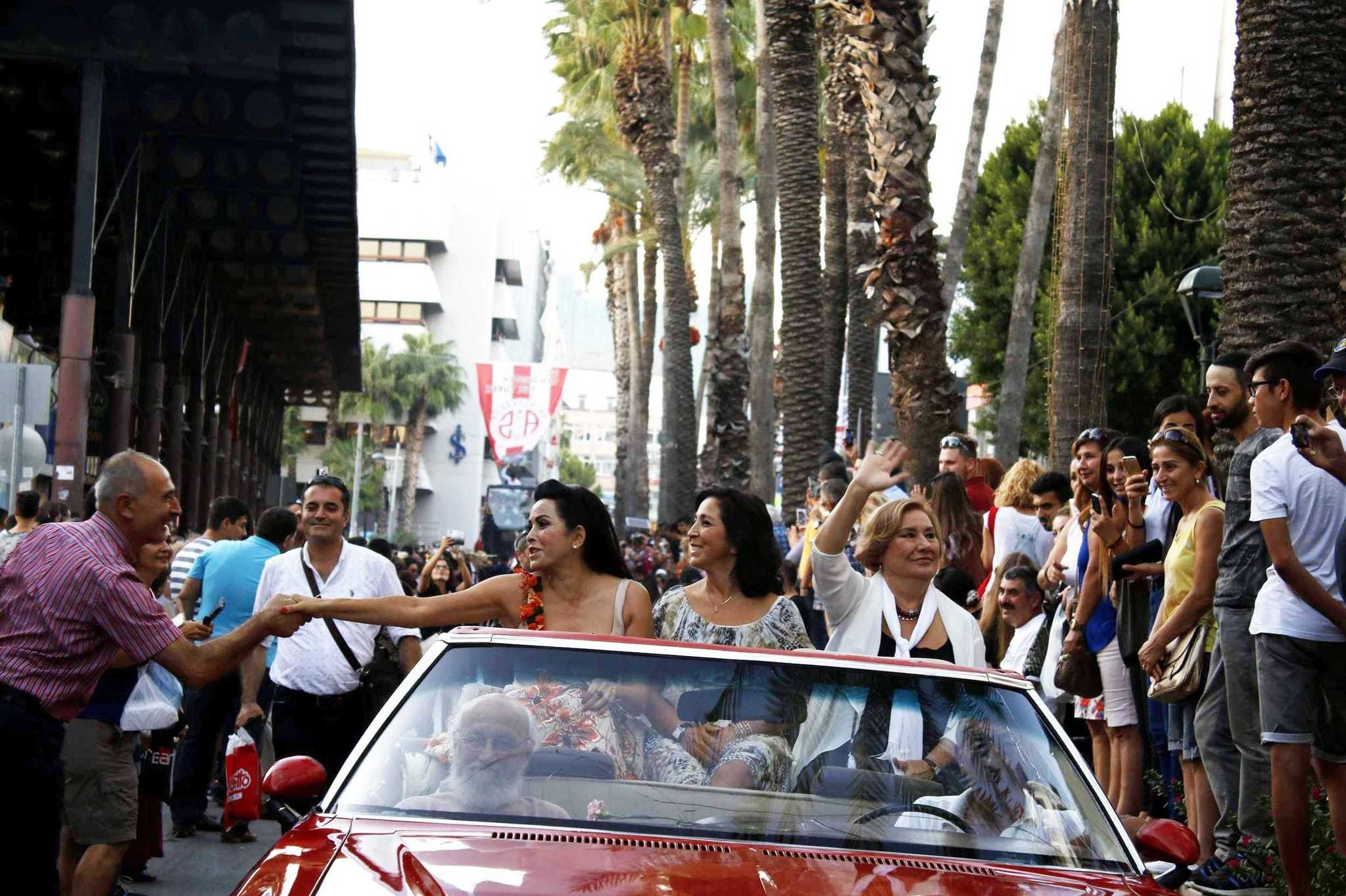 Nursel Köse (L) greets the crowd during the parade on Saturday.

Moreover, the importance of democracy and unity was stressed, following the failed coup attempt that took place on July 15. The festival was officially inaugurated last night with a ceremony at EXPO 2016 Antalya Congress Center.

During the opening ceremony, French actress Audrey Tautou was presented with an Honorary Award.

"It is the first time in my career to receive such an important award, I would like to thank festival committee for this amazing gift. It is really special to be here tonight," "Amelie" star said after receiving her award. 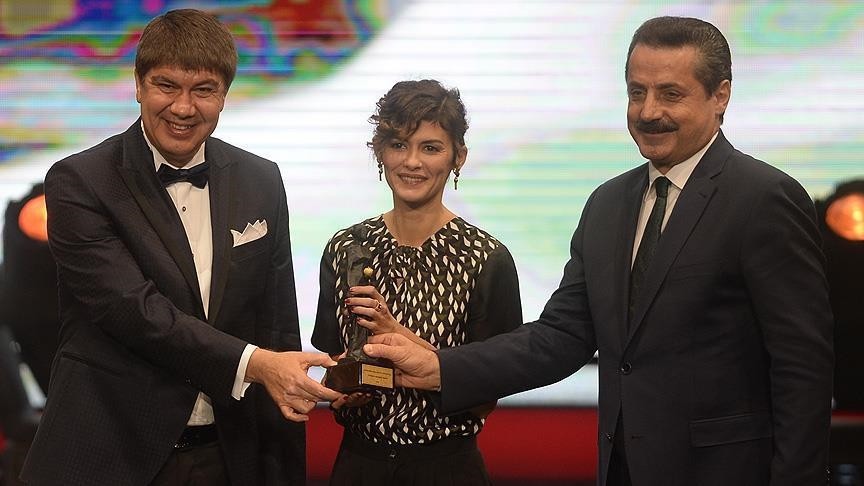 After the ceremony, "Eternite" (Eternity), starring Audrey Tautou, Bereneice Bejo, Melanie Laurent and Irene Jacob was screened as part of the festival. Following the screening, Tautou met with the audience and answered questions. The film, one of the highlights of the festival, tells the story of women in a family, stretching across the nineteenth and twentieth century.

Throughout the festival late Turkish actor Tarık Akan, who won a total of seven Golden Orange Awards at the International Antalya Film Festival was commemorated with film screenings that will be featured in a category titled "The Green-Eyed Giant." The festival will close on Oct. 23 with an award ceremony.
RELATED TOPICS