Turkey to be honored guest of 18th Mumbai Film Festival 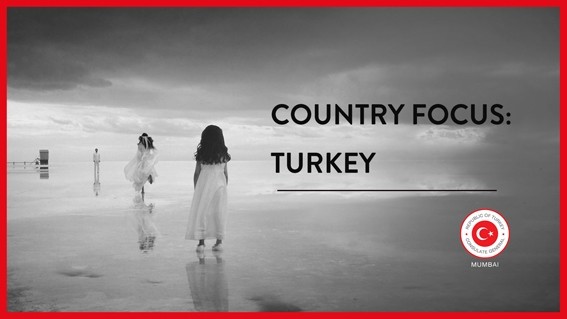 by Daily Sabah Oct 21, 2016 12:00 am
Turkey has been announced as the guest of honor of the 18th Mumbai Film Festival, one of India's most established film festivals. The film festival is scheduled to take place until Oct. 27 in Mumbai, aiming to build a bridge between Turkey's and India's film industry as well as contributing to the political, financial, artistic and cultural affairs of the two countries. The festival features a total of 10 Turkish productions. Apart from Turkey's Deputy Culture and Tourism Minister, General Directorate of Cinema and Turkey's ambassador to New Delhi, many accomplished producers, directors, scriptwriters and actors from Turkey are expected to attend to the Mumbai Film Festival.

Organized by the Television and Cinema Films Producers Guild with support from Turkey's Directorate of Cinema of Culture and Tourism Ministry and Turkey's Embassy in Mumbai, the event is taking place under the title "Turkish Focus." Aside from screening Turkish productions, "Turkey-India Television and Cinema Industry Forum" will be organized to pave the way for co-productions between the two countries in the future.