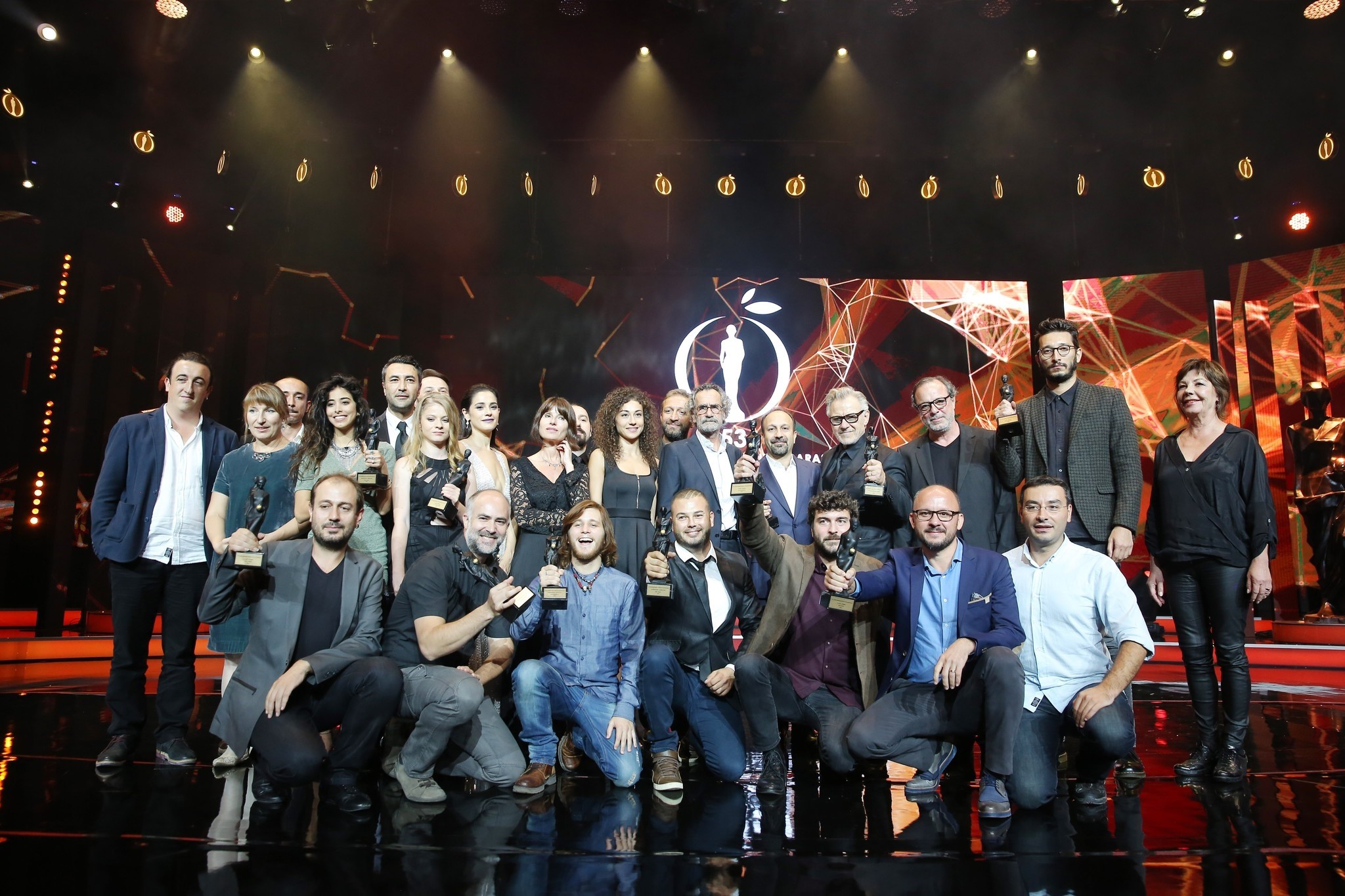 The film, which offers a perspective on the concepts of injustice and righteousness through the eyes of a 13-year-old boy, won three top awards, best picture, best director and best screenwriting while festival's another favorite, "Babamın Kanatları" (My Father's Wings) won "best music" and "best actor in leading role".

Ümit Kökeren, upon accepting the best director award, dedicated the award to "all children in the world who are longing for a bicycle, a shoe, football or a happy family."

Menderes Samancılar paid a moving tribute to Syrian children while accepting the best actor award for his role in "Babamın Kanatları."

"Our country is having a hard time right now. Our pain might be enough for us but I want to dedicate this award to our Syrian friends whose children have washed up on shores," Samancılar said in an emotional speech.

Actress Ecem Uzun took the best actress awards both in national and international stage for her role in "Tereddüt" (Hesitation).

At the beginning of the show, American award-winning actor and jazz vocalist Robert Davi performed a surprise mini-concert to the audience.