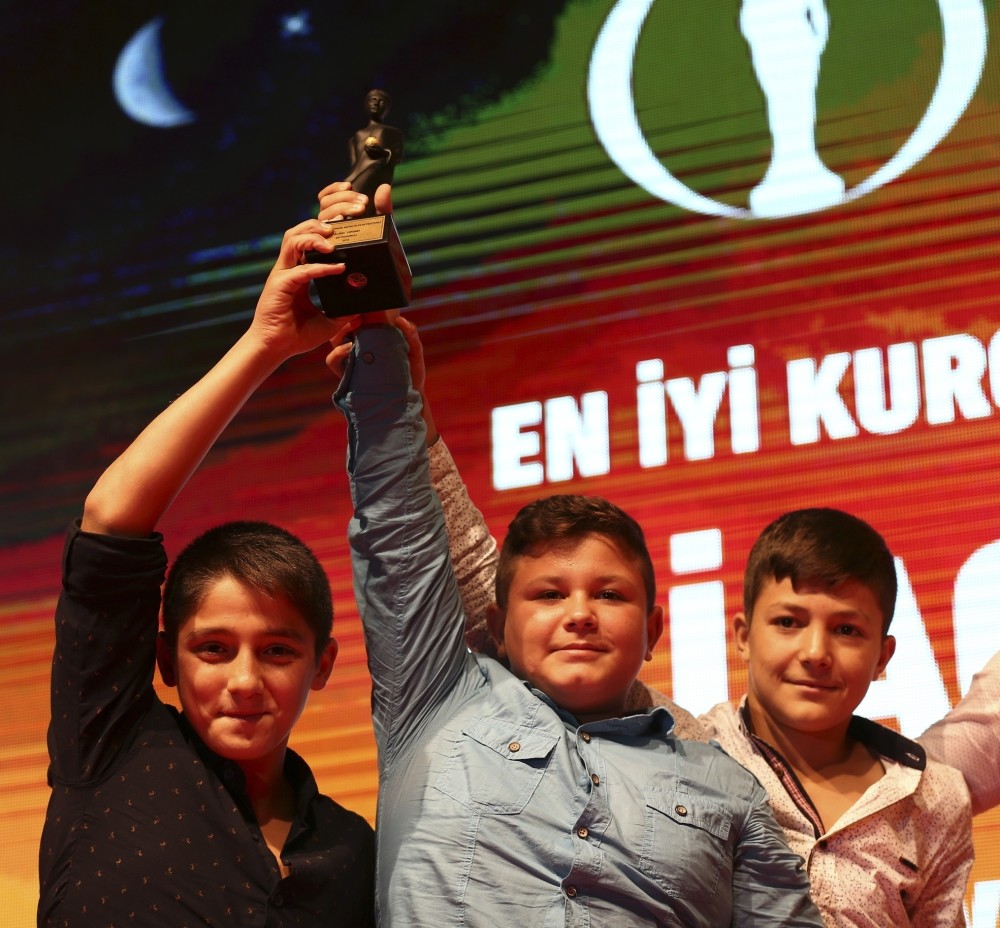 Young actors of u201cGenu00e7 Pehlivanlaru201d
by Anadolu Agency Oct 24, 2016 12:00 am
The awards for "Antalya Film Forum" and "Creativity Awards" were presented on Saturday as part of the 53rd International Antalya Film Festival. The award ceremony was overseen by the Antalya Metropolitan Municipality Mayor and festival chair Menderes Türel, the festival jury, directors and actors.

Speaking at the ceremony, Mayor Türel said the most demanding part of the festival was when the actors greeted the public; however, since the festival assumes a more international identity, some people are criticizing the management of the festival. He said: "We planted the seeds for a better festival with our friends and hope to see these seeds turn into a huge pine tree. Before the festival started, I thought the film industry in Turkey is experiencing a decrease; however, the vibe that I got from the veteran and young directors during the festival was very positive."

Following the speeches, the awards for various categories were presented to the winners. Here are the winners of this year's Antalya Film Forum and Creativity Awards: