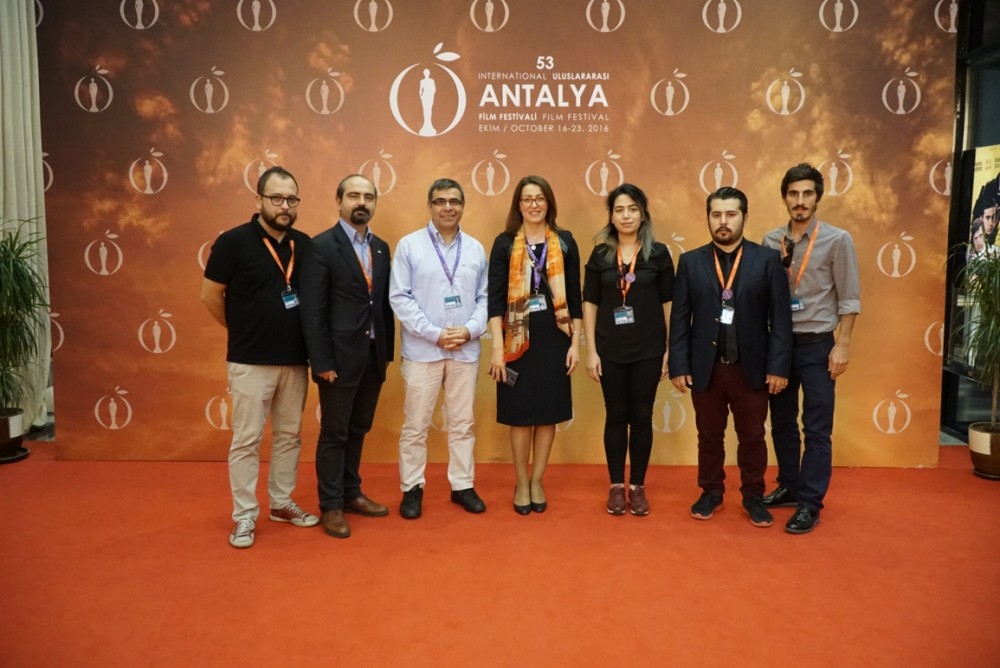 Directorial team of u201cSu0131u011fu0131nmaku201d
by Daily Sabah Oct 24, 2016 12:00 am
Filmed by faculty members and students at Istanbul University's Faculty of Communication, the short documentary "Sığınmak" (Taking Shelter) tells the story of Syrian women who have had to leave their countries and take shelter in Turkey for the last five years.

In the documentary, the audience witnesses how they have to be away from their home and start a new life in a country where they do not even speak the language. The audience sees how their hands are tied as they have to watch the blood and tears in their country.

Is this humanitarian plight really a chance for others who have chance to live in their own countries, think it will never happen to them and - maybe because of this - sometimes ignore those who had to flee? Even though wars may occur in different places in the world, its result, migration, takes tragedy closer to us no matter where we are. While the domination struggle still continues in the globalizing world, it is not really hard to have an empathy with these people. The film made its International Antalya Film Festival debut on Saturday as a part of the film selection titled "People of Nowhere."
RELATED TOPICS