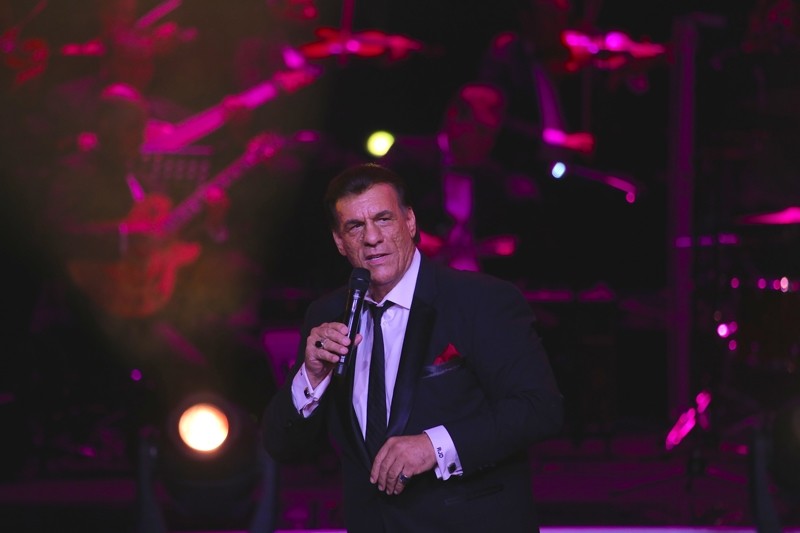 Award-winning American actor, singer, and director Robert John Davi dedicated a song to President Recep Tayyip Erdoğan and the Turkish people, who defended democracy during the night of the failed coup attempt on July 15.

Davi performed a surprise mini concert at the beginning of the major gala of the 53rd International Antalya Film Festival that took place on Sunday night. Davi's tribute received a standing ovation from the audience.

Before singing one of Frank Sinatra's most popular songs "My Way," Davi made a short speech in which he praised the bravery of the Turkish people during the coup attempt.

He noted that like everyone, he too was very concerned when he heard about the coup attempt while he was in Los Angeles and said, "We all became Turkish at that moment."

"I'd like to dedicate this song to President Recep Tayyip Erdoğan, the president of this festival, Mr. Türel and the courage of all the Turkish people," Davi said, adding, "this is for all of you."

Organized for the 53rd time this year, the International Antalya Film Festival brought moviegoers together with national and international films.

On July 15, over 240 people were killed and more than 2,000 people were injured during the failed coup attempt by the Gülenist Terror Group (FETÖ), led by Fetullah Gülen, who lives in self-imposed exile in the U.S.

Gülen and his followers are accused of attempting to infiltrate Turkey's state institutions - especially the military, police apparatus and judiciary - with the ultimate aim of taking control of the country.

Turkey has requested the extradition of Gülen from the U.S. to stand trial for a series of crimes.