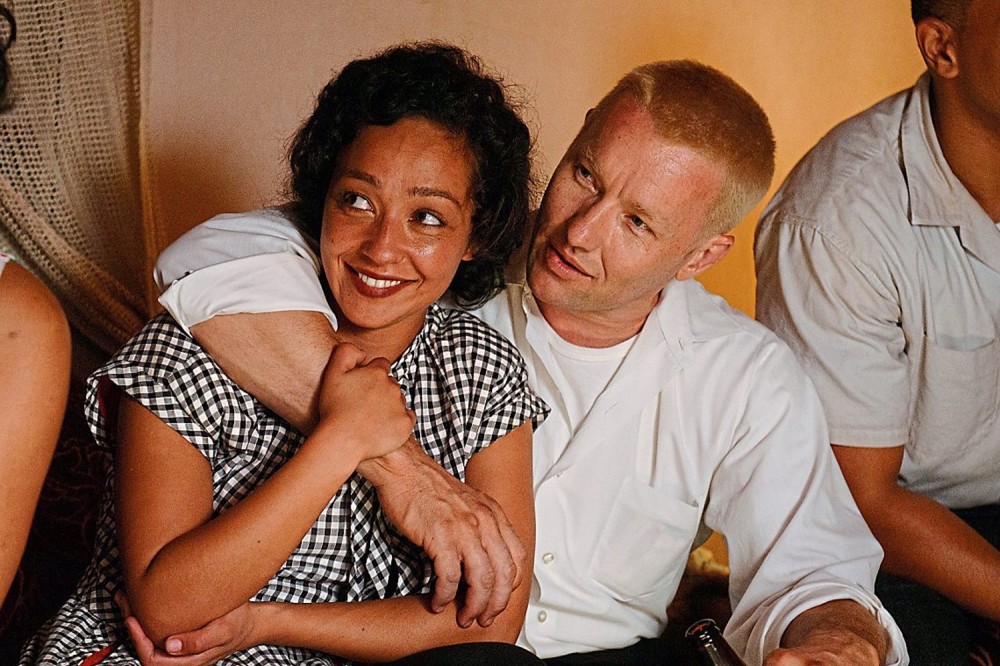 In u201cLoving,u201d the couple from Caroline County, Virginia, travel to Washington, D.C. to get married, bypassing Virginiau2019s strict laws preventing interracial marriage.
by Nov 04, 2016 12:00 am
When Mildred Loving, a black woman banned from her rural Virginia hometown for marrying a white man, wrote to U.S. Attorney General Bobby Kennedy in 1963, she never imagined that she was about to change the course of American history.

Kennedy referred Mildred and Richard Loving's case to the American Civil Liberties Union, and in 1967, eleven years after the couple had been exiled from Virginia for violating the state's anti-miscegenation laws, the U.S. Supreme Court struck down legislation that prohibited interracial marriages.

Nearly 50 years after the landmark ruling, the quiet, working class Lovings are showcased in the film, "Loving," out in U.S. theaters on Friday.

Behind every cause are the people that fight for something they believe in, and in this case, the Lovings' unwavering devotion to one another was what inspired writer-director Jeff Nichols.

"We stop thinking about the humanity at the center of these things, and that's what Richard and Mildred show us," he said.

They return to their home to live quietly under the radar, but the police are tipped off and the Lovings, who are expecting their first child, are arrested and given a suspended prison sentence on the condition that they leave Virginia.

The film centers on the Lovings' quiet daily lives, with little dialogue between the couple, but their discomfort living in cramped quarters in a noisy big city and their desire to go back to Virginia is the catalyst for their case.

The Lovings "weren't standing on podiums shouting and inciting crowds. They were literally kind of pushed through an already open door; they weren't kicking it in," said Joel Edgerton, who plays Richard Loving.

"They changed the legislative nature of the judicial system, they changed the American constitution, they paved the way for a lot of people's lives," said Ruth Negga, who plays Mildred Loving.

"I don't think anyone should ever think that their voice is too small or too quiet, because this couple shows it's the exact opposite," she added.