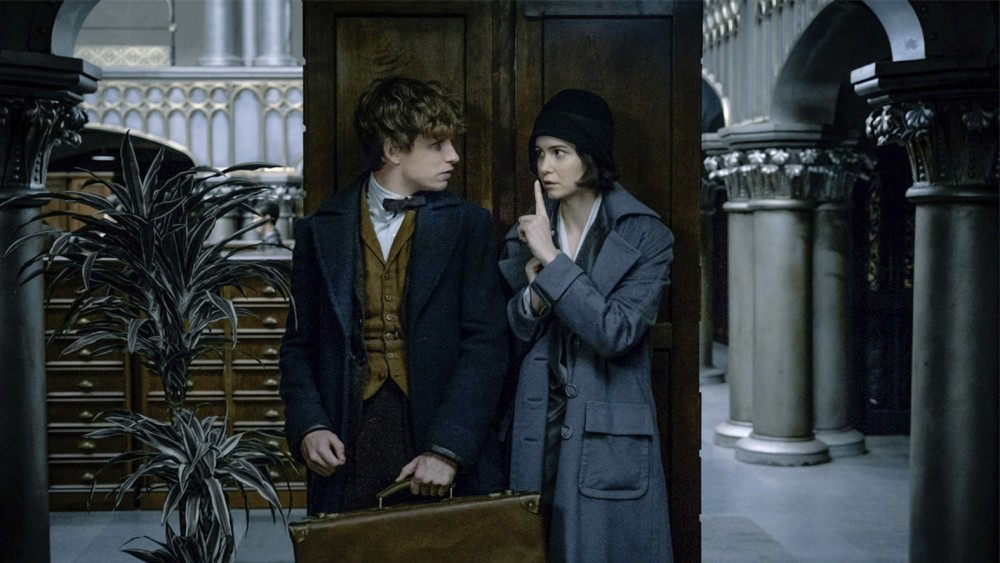 Adapted from the namesake novel of British writer J.K. Rowling, the author of Harry Potter series, "Fantastic Beasts and Where to Find Them" follows a traveler wizard Newt Scamander long before the time of Harry Potter and Voldemort. While Newt is in New York, the fantastic beasts that he keeps in his suitcase escape and bring the magical world to the streets of New York. Starring Eddie Redmayne, Ezra Miller, Colin Farrell and Ron Perlman, the film is directed by David Yates.

The paths of Yasemin, a math teacher, and Cemal, a restaurant owner, cross at the most unexpected moment of their lives. While Yasemin is a single mother trying to heal the wounds of her failed marriage, Cemal is a social and light-hearted man wanting to rid himself of bad memories from his past. Although the relationship of Yasemin and Cemal begins with a fight, their conflict soon becomes a romance. Written and directed by Özcan Deniz, "İkinci Şans" stars Özcan Deniz, Nurgül Yeşilçay, Mesut Can Tomay, Afra Saraçoğlu, Berrin Arısoy Akhasanoğlu, Fulya Şirin, Aybike Turan and Füsun Erbulak.

Starring Ahmet Çakar, Sinan Engin, Rasim Ozan Kütahyalı, Ertem Şener, Abdülkerim Durmaz, Kadir Çöpdemir, Ceyhun Yılmaz, Burçin Abdullah, Duygu Şen and Nagehan Alçı, "Adam Mısın!" is directed by Emir Halilzade. The comedy follows the adventures of a football team who forms to organize a sports night for football lovers. However, the team fails to find a sponsor when they arrive at their hotel, and unexpected misfortunes seem to follow them wherever they go.

Bir Şey Değilim (I Am Nothing)

Written and directed by Muharrem Özabat, the Turkish film "Bir Şey Değilim" stars Münir Can Cindoruk, Bihter Dinçel, Ahmet Saraçoğlu, Levent Ülgen and Rıza Sönmez. The film is about a young actor who has hit hard times. "Bir Şey Değilim" follows the young man on the set of a second rate movie in which he is to play the part of a bad guy.

"Bacalaureat," the latest film of Cristian Mungiu, the Palme d'Or winning director of "4 Months, 3 Weeks and 2 Days," focuses on the relationships between parents and their children, while questioning concepts of ethics, reality and righteousness. The film stars Adrian Titieni, Maria Victoria Dragus, Rares Andrici and Lia Bugnar.

Starring Elizabeth Reaser, Lulu Wilson, Annalise Basso and Henry Thomas, the horror film "Ouija: Origin of Evil" is directed by Mike Flanagan. The sequel of 2014 film "Ouija" takes the audience under its spell with a horrific story of the Ouija board and a spirit game.

Directed by Ding Liang and Fuyuan Liu, the animated film "Boonie Bears: A Mystical Winter" is the last film of the Boonie Bears series following the latest adventures of its heroes.
RELATED TOPICS