Movie buffs and must-see films have an upcoming 'rendez-vous' 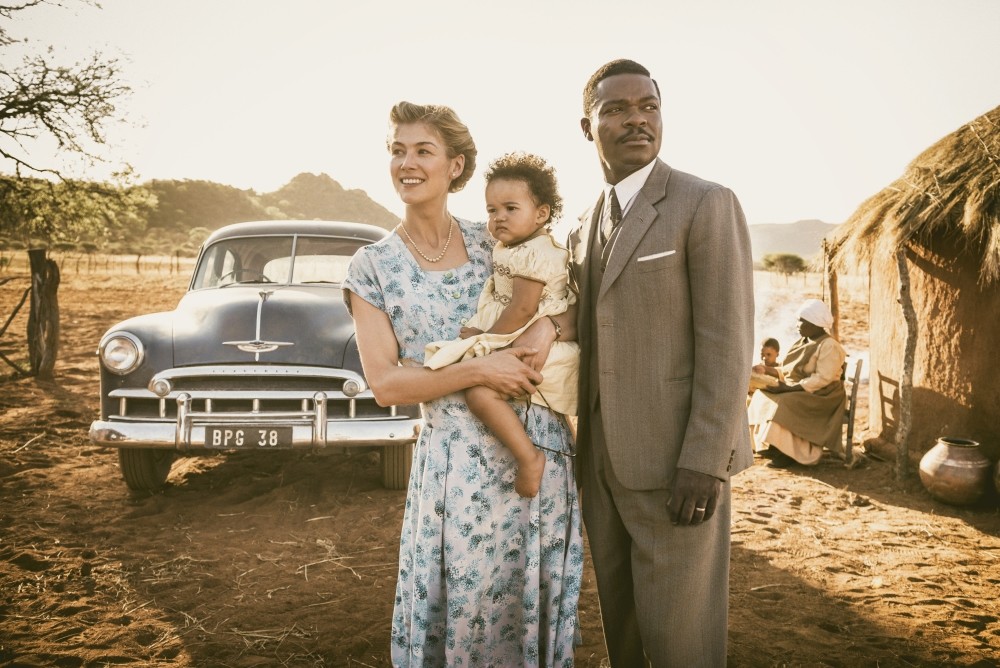 The 19th Rendezvous Istanbul International Film Festival's program brings the most prestigious films from around the world together. It creates a silver screen presentation that has garnered the attention of the Academy Awards with movies that fuel the curiosity of movie lovers while pushing the boundaries of the film industry

Organized by the Turkish Foundation of Cinema and Audio-Visual Culture (TURSAK) in collaboration with the Culture and Tourism Ministry, the announcement of the 19th Rendezvous Istanbul International Film Festival's program includes screenings of nearly 30 films from countries worldwide in a program which promises to end 2016 with a bang, offering a full-fledged visual feast for the eyes and newly added film categories. Held from Dec. 16-22, the film festival kicks off with Amma Asante's "A United Kingdom" with a screening scheduled after the opening ceremony held at the Cemal Reşit Rey Concert Hall on the evening of Dec. 15.

After its world premiere at the Toronto Film Festival in Canada, "A United Kingdom" gained notoriety for its historical plot and controversial love story which follows the affairs between Prince Seretse Khama of Botswana and the young British woman working in his office, Ruth Williams. Based on a true story, this film sheds light on a love affair that caused an international stir between South Africa and the U.K. in the late 1940s.Starring Rosamund Pike and David Oyelowo in the two leading roles, the film's Director Amma Asante has proven her talent both as an actress and as a director, winning several awards for her directorial debut with the 2004 film, "A Way of Life."

This years festival is a cinematic anthology under the theme "Open Your Eyes," featuring must-see films that movie buffs won't want to miss.

Pushing the boundaries of art-house cinema, Lav Diaz's latest film, "The Woman Who Left," won the Golden Bear award at the Venice Film Festival this year. Depicting the vengeful story of a woman who has spent the past 30 years in a prison, this masterpiece, filmed in black and white, offers moviegoers an unprecedented cinematic experience which yields the film's four-hour duration undaunting.

Making its world premiere at the Sundance Film Festival, "Dark Night"directed by Tim Sutton depicts the underlying tension and isolationist lives lurking behind the recent wave of social unrest and violence in the U.S. Inspired by the mass shooting that occurred inside a movie theater in Aurora, Colorado in 2012, this film is a must-see. In "Greetings from Fukushima" (Fukushima, Mon Amour), Doris Dörrie focuses on the relationship between a young German woman and an elderly Japanese woman in the aftermath of the earthquake disaster in Fukushima in 2011.The two become friends when the German woman visits the earthquake disaster zone, hoping to find a solution to her existentialist crisis, but meeting the elderly Japanese woman instead, an earthquake victim. The film was screened at the Berlin Film Festival where it won three awards in the Panorama section of the festival.

Directed by one of Hollywood's most masterful screenwriters Kenneth Lonergan, "Manchester by the Sea" made its world premiere at the Sundance Film Festival and is one of the strongest nominees for "Best Film," "Best Director," "Best Screenplay" and "Best Actor" awards at the U.S. Academy Awards. Coming to the fore with an exceptional performance by Casey Affleck, the film's narrative effectively conveys the importance of community, familial ties, self-sacrifice and hope. 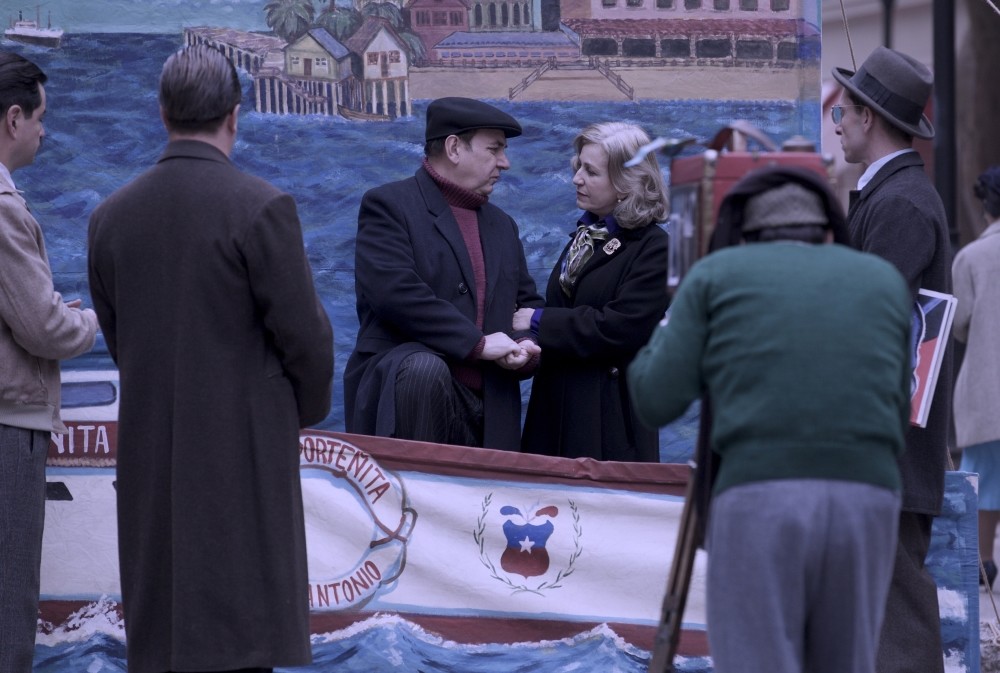 One of this year's most talked-about films, "Neruda" will also greet Istanbulites within the scope of the festival. Directed by Chilean filmmaker Pablo Larrain who made a name for himself with his previous works "Tony Manero," "No" and "The Club," this film depicts the story of Nobel Prize-winning Chilean poet Pablo Neruda who becomes a fugitive in his native Chile in 1940. Making its world premiere at the Cannes Film Festival, the film has a star-studded cast which includes the widely loved Luis Gnecco, a fan favorite and director's top pick, as well as Gael Garcia Bernal. Depicted as one of the most important discoveries of the Cannes Film Festival's "Un Certain Regard" section, "The Long Night of Francisco Sanctis" (La larga noche de Francisco Sanctis) has attracted everyone's attention for its extraordinary portrayal of paranoia on the silver screen. Directed by Francisco Marquez and Andrea Testa, the film is centered on a politician who has to choose between his own safety and his own conscious when he learns that officials are planning to make two people "disappear" during a military coup in Argentina.

"The Idea of a Lake" (La Idea de un Lago), directed by one of Argentina's youngest and most talented filmmakers who made his premiere as a filmmaker at the Locarno Film Festival Milagros Mumenthaler is an artistically strong film about family ties, how we related to our pasts and loss. Ines, a 35-year-old photographer, keeps a notebook full of photos, poems and notes she's kept since her childhood, keeping memories about her life with her father who disappeared during the military coup of 1977.

Films selected for the 19th Rendezvous Istanbul International Film Festival's backbone, "Cinema Creates History," aim to create a broader perspective by bringing together viewers and the most successful films which present knowledge about past, needed in order to interpret the present, with the power of art. This year's program promises a journey through the first artifacts of humanity.

Directed by Hugh Hudson, director of the Academy Award-winning "The Chariots of Fire," "Finding Altamira" will take you back in time. One of the most talked-about films of the year, "Finding Altamira" follows the discovery of drawings within Altamira's caves in Spain. The paintings on the cave walls, which are believed to be the oldest mural paintings known to man, are still surprising with their techniques. Research suggests that these paintings, mostly consisting of bison drawings, are a part of a religious ritual, rather than the symbols of power or records of the deeds as once thought. The film stars Antonio Banderas and Golshifteh Farahani as the two leads.

Directed by Martin Zandvliet, the critically-acclaimed "Land of Mine"(Under Sandet) has won several awards from international film festivals. Following the story of a young group of soldiers who are forced to dig up the mines placed by the German Nazis on the shores of Denmark after World War II, the film comes to the fore with the performances of the film's two leads, Roland Moller and Louis Hoffman.

Those who wish to see two masters of painting and literature should not miss "Cezanne and I" (Cezanne et Moi), directed by Daniele Thompson. The film depicts two important figures of the 19th century, painter Paul Cezanne and author Emile Zola. Centering on the relationship between the two famous figures, the film features their first encounter, then their rivalry in school, and their first years of success and fame, the film stars Guillaume Gallienne as Paul Cezanne and Guillaume Canet as Emile Zola.

In memoriam: Masters of cinema

Masters of Cinema, who passed away last year, are being commemorated at the 19th Rendezvous Istanbul International Film Festival through their films.

"The Wind Will Carry Us" (Bad Ma Ra Khahad Bord) by Iranian director Abbas Kiarostami, "The Mine" (Maden) starring Tarık Akan, and "Man of Iron" directed by Academy Award-winning Polish filmmaker Andrzej Wajda will be screened as part of the said anthology.