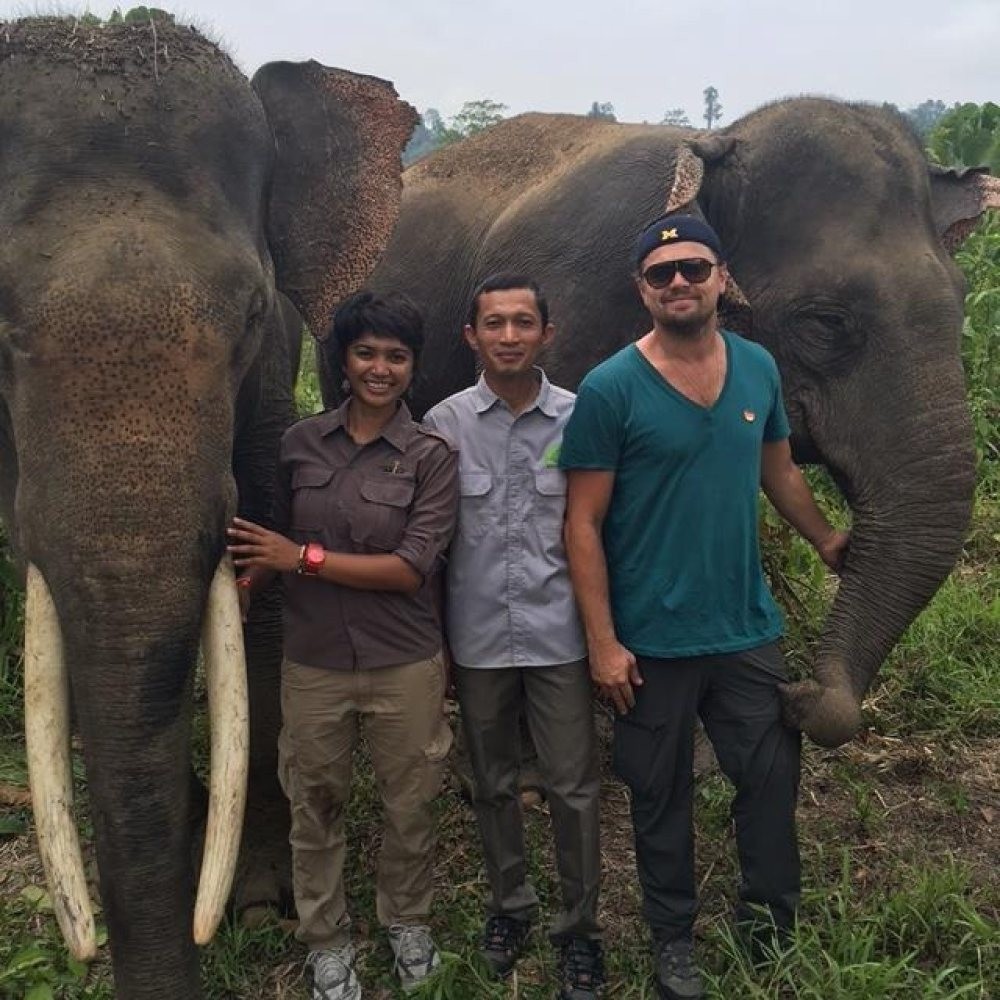 by Dec 09, 2016 12:00 am
A documentary film on the slaughter of elephants in Africa produced by Hollywood star Leonardo DiCaprio has made an initial Oscar short-list, beating an unlikely rival entry from a former top aide to Russia's president.

Critics have been touting DiCaprio's "The Ivory Game", about Africa's illegal ivory trade, for a prestigious Academy Award in the documentary film category.

A new list of 15 came out in Los Angeles late on Tuesday night. The five official nominees for the award will be announced on Jan. 24 and the winner on Feb. 26.

DiCaprio's film - which debuted at the Toronto Film Festival in September - had earlier made it to a long list for Oscar consideration along with another documentary on the same subject by Sergey Yastrzhembsky, the Kremlin's best-known spokesman in the West for more than a decade.

The silver-haired former diplomat spent most of his working life deflecting media criticism as Russian President Vladimir Putin's spokesman on Chechnya and special envoy to Brussels, and earlier as the Kremlin's voice under the late Boris Yeltsin.

Now Yastrzhembsky is trying to cause a stir with his "Ivory - A Crime Story", which names and shames top ivory buyers such as China, the Vatican and Buddhist monks in Thailand.

"I congratulate DiCaprio and I am happy that his film was selected because it is important that someone talks about the real threats elephants are facing," Yastrzhembsky told Reuters on Wednesday.

His documentary took three years and cost $1 million to make, and won prizes earlier this year at the Montreal, Rome and New York film festivals.

Yastrzhembsky's film highlights how the population of elephants in Africa has dropped to less than 500,000 from 1.5 million in the past 30 years, and that every 15 minutes on average, an elephant is killed by poachers for its ivory.

Wrenching scenes include one of an elephant being shot and then moaning as it is hacked to pieces by poachers.

If nothing is done, conservationists say the African elephant could be extinct in the wild within a generation.

Yastrzhembsky said Pope Francis saw a shortened version of his film before publicly speaking out in Nairobi against ivory poaching in Kenya.

He said he showed a trailer to DiCaprio three years ago on the yacht of a mutual friend, the real-estate oligarch Vladimir Zemstov, in the French resort of Saint Tropez.

Yastrzhembsky said he invited DiCaprio to take part in his project financially or do the voiceover, but talks never bore fruit. "I think DiCaprio wanted to do his own film," he said.