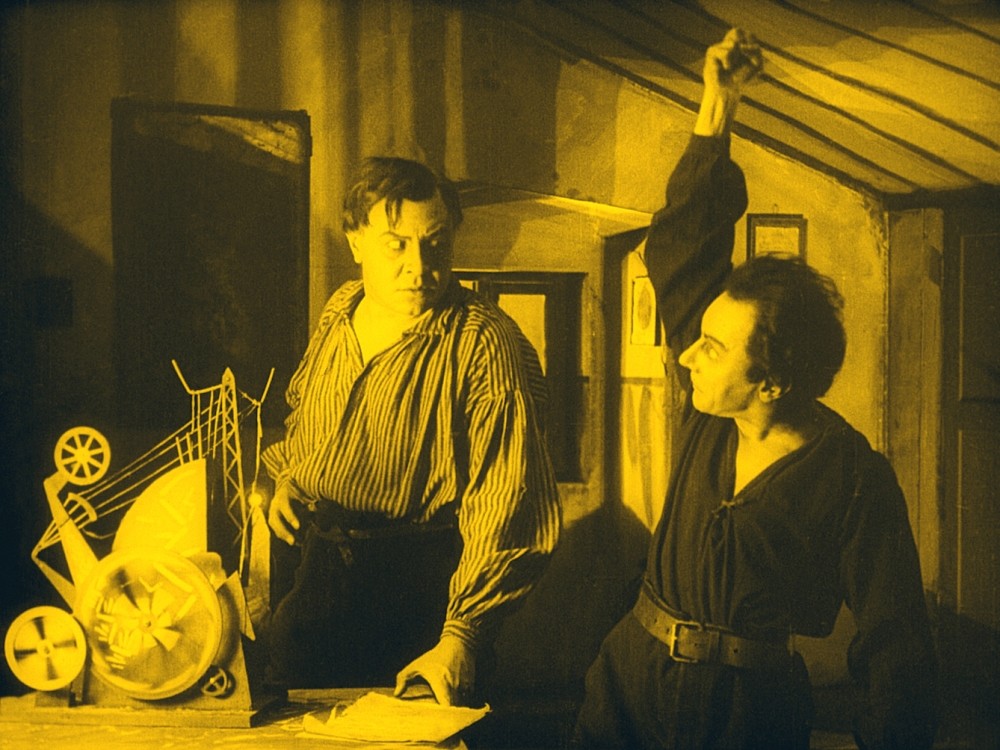 The 3rd International Cinema Days, a four-day event that starts today, will screen a selection of silent films; from French avant-garde cinema to comedies, from views of Ottoman Empire to films that can appeal to children

The third International Istanbul Silent Cinema Days will once again bring back together the unprecedented examples of world silent cinema with movie buffs at Akbank Sanat's Italian Culture and French Culture Centers from Dec. 15-18.

The theme for this year's festival is "Road and Journey."

Organized by Kino Istanbul, with contributions from its corporate partners Italy's world famous cinematheque, Cineteca di Bologna, and Eye Filmmuseum, the prestigious film museum of the Netherlands has been organized in collaboration with the Culture and Tourism Ministry's Directorate of Cinema.

Moreover, Akbank Sanat and Italian Culture and French Culture Centers will serve as the festival's hosts. 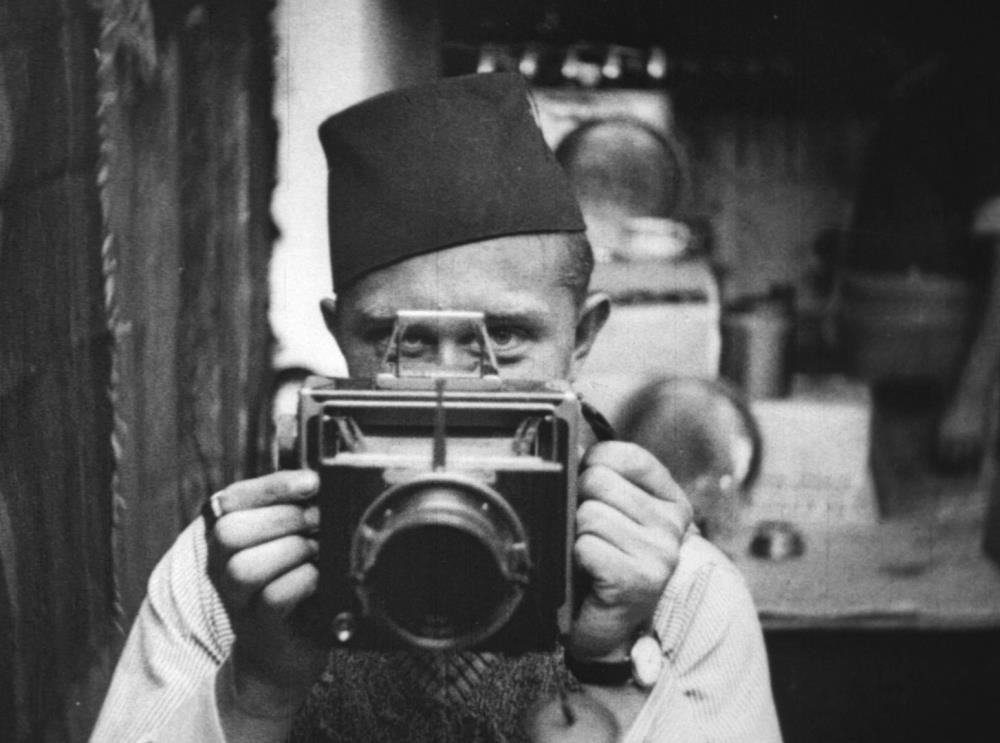 During the festival, which brings together pioneer examples of cinema accompanied by live music, all the screenings will be held with presentations from local and foreign academics, researchers and curators.

In addition to the many films centering on the themes of road and journey, the festival also features many sections ranging from never-before published images from the Ottoman era to Diva films, from Chaplin and Keaton classics to German expressionism and to colored silent films.

This year, the festival hosts include Gian Luca Farinelli, the director of the festival's institutional partner Cineteca di Bologna, which is located in Bologna, Italy, and has served more than 50 years in the fields of film archival, restoration and protection.

Tickets will be available from Biletix sales offices and ticket booths in front of the event venues.

Films on the way

The festival will center on the theme of "Road and Journey" this year.

Cinema, which started with a train entering the station, and especially silent cinema, has been taking viewers on a journey ever since the very beginning. 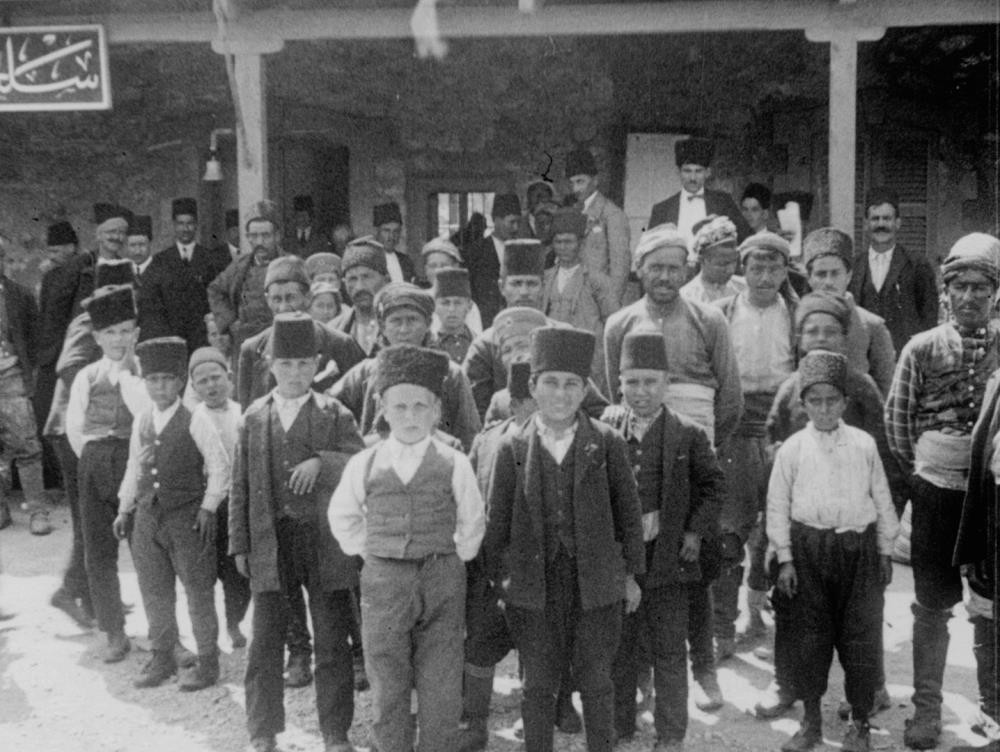 Camera and cinema have always accompanied inventions of modern times, such as planes, ships, cars or trains. Technically meaning moving and fast images, cinema has brought events taking place in another corner of the world to audiences by getting itself caught in the pace of the era.

This situation has satisfied one of the most important features of the era, the desire to rule through communication, and has turned into a glittering reflection of the individual's victory in this matter.

While these film frames coming from far away turn into "attractions" on the silver screen, the amazement and curiosity it has aroused in the audience with regards to the unusual places and cultures has contributed to the development of cinema.

Within the scope of the main theme of the festival, an anthology of car and road films from the world-famous producer Jean Desmet's collection in the Eye Filmmuseum will be screened. The program includes various films from comedies to melodramas that present the love for cars in the 1910s in different ways.

The program also includes the anthology of "Grand Tour of Italy," almost a folk lyric to Italy's cinematic history, which previously premiered at the restoration and silent films festival "Il Cinema Ritrovato" organized by Cineteca di Bologna for the 30th time. 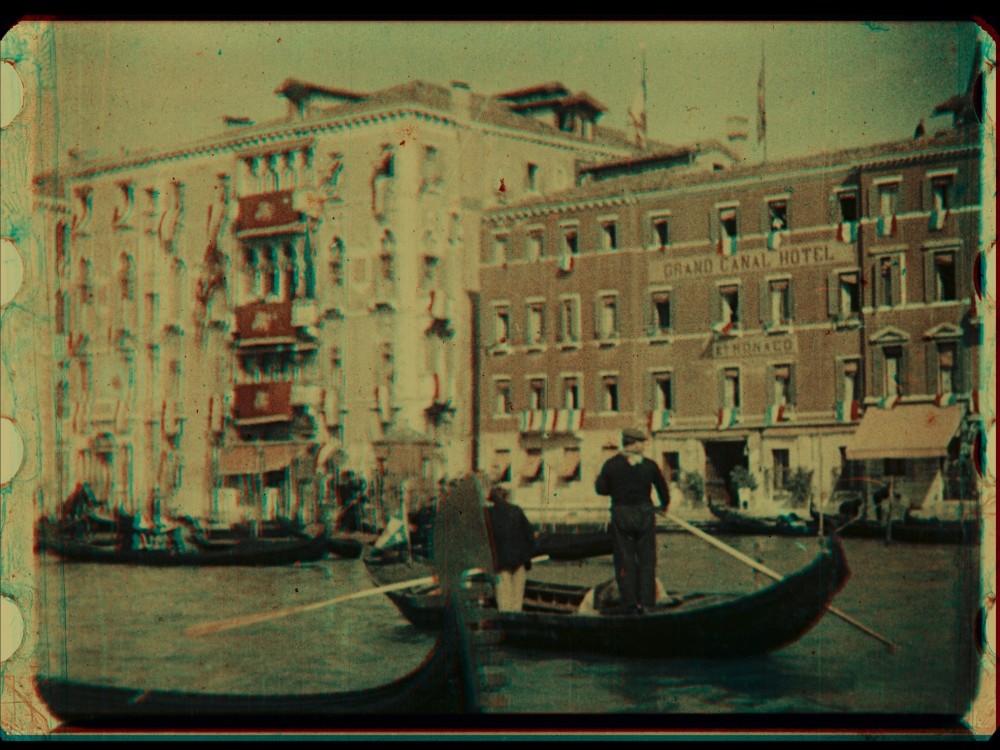 The short films included in the anthology, to be presented by Gian Luca Farinelli, will take viewers on a great journey. Screened with the support of Polish filmmaker Filmoteka Narodowa, "The Call of the Sea / Zew Morza," which blends melodrama with action, is one of the most successful examples of this early period action.

"Views from the Ottoman Empire," which has become an indispensable part in the third year of the festival, welcomes viewers with a surprise this year. Curated by Eye Filmmuseum Silent Cinema Curator Elif Rongen-Wurzer, this section presents films compiled from different film archives, many of which have never been shown before.

The pictures will not only be from Istanbul, but this time, they will date back to the centuries-old streets of Adana, Izmir and Ephesus. Images of the city of Constantine taken in 1913 and the Ottoman Empire loss in 1837 in Algeria, will also add some spice to the program.

German films selected by Goethe Institut Istanbul will be as ambitious as the programs of the previous years.

"Power / Algol: Tragödie der Macht" selected as the gala film, is another masterpiece from the legend of world silent cinema Emil Jannings, who also starred in "Variety / Variete" screened in last year's festival.

"Berlin: Symphony of a Great City / Berlin: Die Sinfonie der Grosstadt," on the other hand, is the symphony of a city, which stars Berlin as the leading character, or a "dance macabre" in which capitalism calls for the people to be its actors.

The opening film of the anthology is "Pandora's Box / Die Büchse der Pandora," the first film of one of silent cinema's greatest divas Louise Brook in Europe, who started her acting career in the United States in 1925.

The legends of comedy

Timeless giants of cinema, Charlie Chaplin and Buster Keato, who shot numerous films, are among the most-talked about directors of this year's festival once again.

Chaplin's "The Immigrant" interprets immigration, one of the most controversial global problems of today's world, from a brilliant perspective.

"One A.M." and "Pawnshop" are other Chaplin films included in the festival's program.

Buster Keaton, on the other hand, runs from one misfortune to another with his trademark deadpan expression in "Seven Chances."

The French "avant-garde" cinema, which was presented with a special section, last year at the festival with Germaine Dulac films, continues with Jean Epstein this year. Renowned for his adaptation of the Poe classic "The Fall of the House of Usher," Epstein's films will be screened at the festival with the support of Cinemateque Française.

As a part of the program, "Young Oceans of Cinema," a documentary shot on Jean and Marie Epstein siblings in 2011, will be screened as well.

A new section for children

The festival will also have a special "Bicycle Films" section for children this year. British musician Stephen Horne, who will accompany the films with his live performance, has prepared an interactive program with the participation of children.

Films from the world's cycling capital, Amsterdam will carry the centuries-old bicycle to stage.

This program, which will center on three things: The history of the bicycle, those trying to learn how to ride one but end up failing miserably and bicycle ads throughout history, will surely make children fall in love with cycling.

The festival continues to break the perception that the silent cinema is always black and white. This year, new color silent films were added to the program, some of which were shown in a special segment in last year's festival.

Cinema's first color movies, which have just been restored by Cineteca di Bologna, will come together within the scope of the "Kinemacolor" project.

A great majority of films discovered in 1906 by George Albert Smith and shown with a special reflection method in that time were lost in the 1920s.

The rest of the remaining rare films will be screened on the silver screen with their restored versions.
Last Update: Dec 15, 2016 1:28 am
RELATED TOPICS