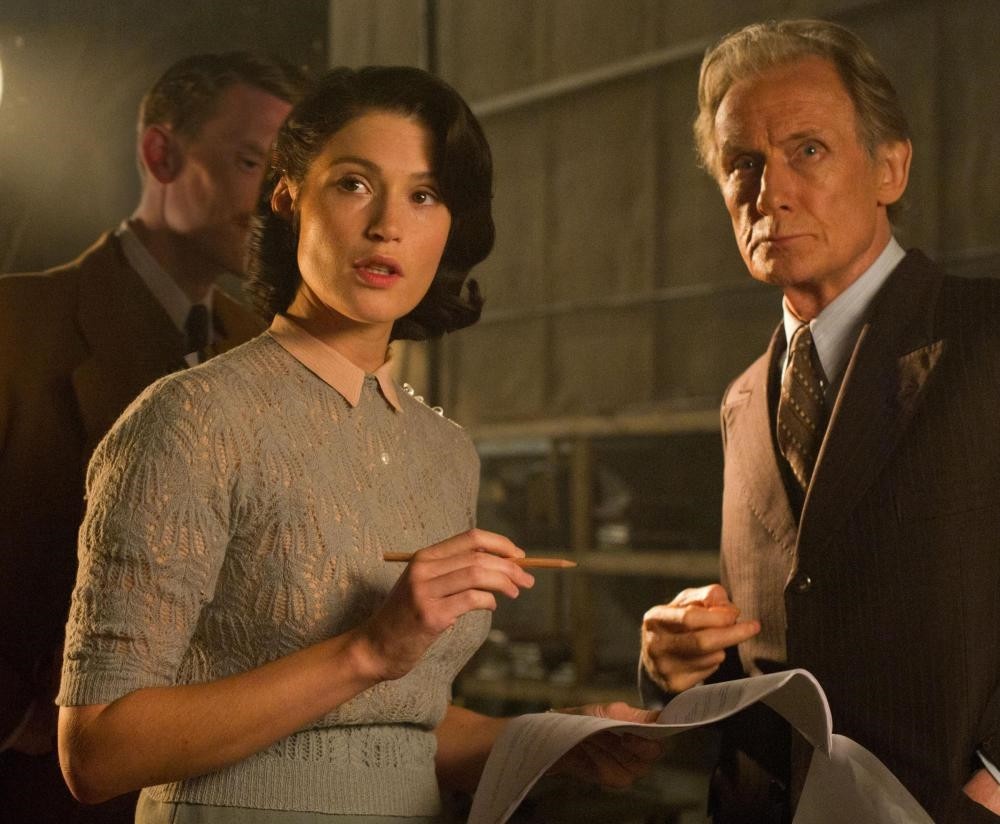 The 16th !f Istanbul Independent Festival, which is set to run from Feb. 16 to Feb. 26, will be presenting a screening program consisting of films that focus on leading women directors and actors, artistic icons, doyens of music and cinema, as well as a special program hoping to provide healing for souls

!f Istanbul Independent Film Festival will bring together movie buffs for the 16th time this year. !f Istanbul will bring the year's most anticipated films to Istanbul on Feb. 16 and Feb. 26 and to İzmir and Ankara on March 2 and March 5.

FEMALE DIRECTORS AND ACTRESSES OF THE YEAR

Among the films to be screened at the 16th !f İstanbul Independent Film Festival, productions directed by the leading female directors of world cinema, and praised especially for the performances of their leading actresses, have drawn a great deal of attention this year. "Planetarium," a magical fantasy film directed by Rebecca Zlotowski, the award-winning director of "Belle Epine" and "Grand Central," and starring Natalie Portman and Lily-Rose Depp, will be screened for the first time in Istanbul. "Their Finest," a romantic comedy starring Gemma Arterton and Sam Claflin and directed by Lone Scherfig, an accomplished Danish director who has continued her successful career that started with the Dogma 95 movement with popular films such as "An Education" and "One Day." "Certain Women" directed by Kelly Reichardt, the queen of independent cinema, who is well-known for "Wendy and Lucy"and "Night Moves," and has also been praised for the amazing performances of its female leads Michelle Williams, Kristen Stewart, Laura Dern and especially Lily Gladstone, will be presented to movie buffs for the first time in Turkey at !f Istanbul.

ICONS OF ART FROM LYNCH TO ANGELOU

The 16th edition of the !f Istanbul Independent Film Festival will unite icons of art, literature, fashion and cinema, from David Lynch to Marina Abramovic and Maya Angelou to Franca Sozzani. The films screened as a part of the "Art & Life" section of the festival, which will kick off on Feb. 16, will give visitors a glimpse into the lives of these stars. 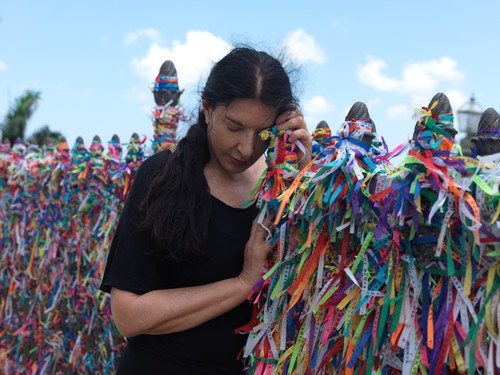 "The Space in Between: Marina Abramovic and Brazil" follows one of the most famous names in performing arts. Marina Abramovic, in her pursuit of sacred rituals in Brazil in search of personal healing and inspiration, shows how this journey revealed her creative process. Introducing a brave and intimate portrait of the artist to the viewers,"Maya Angelou and Still I Rise," which is the first film to be made about African American writer and poet Maya Angelou who passed away three years ago, offers an inside glimpse of the artist's life, from her lesser-known achievements as a dancer and singer, to her political activism and authorship.

"Franca: Chaos and Creation" features an inspiring portrait of the late Franco Sozzani, Vogue Italy's legendary chief editor who determined the fate of the fashion world through the eyes of his son, is among the most intriguing films of this section, alongside"Hooligan Sparrow," which was selected for the award of best documentary at the Stockholm, Nashville and Jerusalem film festivals. The film centers around the struggle of Ye Haiyan, a female activist who inspired many artists, including the likes of Ai Weiwei, who commanded the world's attention with the demonstration she launched three years ago in support of young women who were attacked in China.

The most comprehensive Lynch documentary

"David Lynch: The Art Life," the most comprehensive documentary to date about the life of David Lynch, the creator of "Eraserhead," "Twin Peaks," "Blue Velvet" and "Mulholland Drive," which was voted the best film of the 21th century, leads the way among the most exciting productions of the "Art & Life" section. Debuting at the Venice Film Festival and featuring never before published archive footage from the childhood years of the legendary director, who lived in a small town in the United States, the film is a fascinating and intimate journey narrated by Lynch himself.

AN AUDIO FEAST FOR MUSIC LOVERS

Along with the renowned films of the year, !f Istanbul also features the best music films of the year, which will be screened for the first time in Turkey. Icons of music such as The Rolling Stones, Oasis and X Japan will come together at !f music, and music lovers will once again enjoy an audio feast at the 16th edition of the festival. This year's motto is #ŞifaOlsun (For the Sake of Healing). 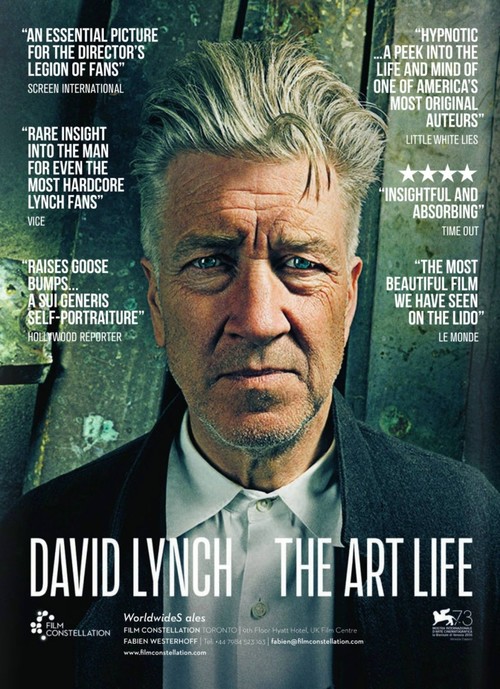 The Rolling Stones in Cuba

One of the most exciting films of !f music is "The Rolling Stones Ole Ole Ole!: A Trip Across Latin America," featuring backstage footage of the band's Havana concert, the last leg of their 2016 tour. It was praised by Hollywood Reporter, which wrote, "The Rolling Stones live performance film has more to offer than most of its kind, including an unexpected shot of emotion." The film documents the formidable free of charge concert, depicted as one of the most important moments of the band's history, and was seen by 1.2 million people. The film features the band's lesser-known live performances as well as footage from the concert. The Rolling Stones was the first foreign band to perform in Cuba during the new era of diplomatic relations, and the film also invites the audience to go along with the band on its personal journey rather than just serving as a music film.

Oasis' past and present

Another long-awaited film in the section is "Supersonic," which follows the unbelievable rise of the iconic British rock band Oasis, and was co-produced by Asaf Kapadia, the accomplished director of the "Amy" documentary. Based on never before seen archive footage of the band, the film tells the story of the Gallagher brothers, who came from a poor town in Manchester and became one of the greatest music bands of all time in only three years.

The section also includes "Shot! The Psycho-Spiritual Mantra of Rock," which centers on the life and memories of Mick Rock. The most famous rock photographer, poet and psychedelic explorer of all time, he shot iconic photos of his friends including David Bowie, Syd Barrett, Blondie, Queen, Lou Reed and Iggy Pop. "Nublu" tells the story of the namesake underground jazz club founded by world-famous musician İlhan Erşahin in the East Village which inspired New York's music culture. "Raving Iran" is the inspiring story of DJ Anoosh and Arash, two young friends trying to create their own music and release an album despite the oppressive regime of the Iranian government. "We Are X" depicts the extraordinary stories of the cult-music band X Japan which started a musical revolution in Japan in the late 1980s with their melodic metal timbers and glamorous outfits and left billions of sad fans behind after their breakup in 1997.

!f music, which will kick off with #ŞifaOlsun (For the Sake of Healing) motto this year, will also look for ways to find healing with various events to be held in Bomontida along with the film screenings. The participants will discover the effect of sound and frequency on the senses with KUAN at "Sound and Frequency Awareness Workshop," while getting immersed in a special fairytale under the guidance of healer and Shamanic practitioner Elif Özkoç and storyteller Pelin Turgut. Another formidable guest of !f music is world famous dancer, choreographer, martial arts master and actor Bboy Neguin. The workshop hosted by Neguin, one of the most distinguished talents in the history of break dance and a champion of the Red Bull BC One competition, the most important break dance tournament in the world, will take the participants on a journey through the physical, mental and spiritual elements of dance.