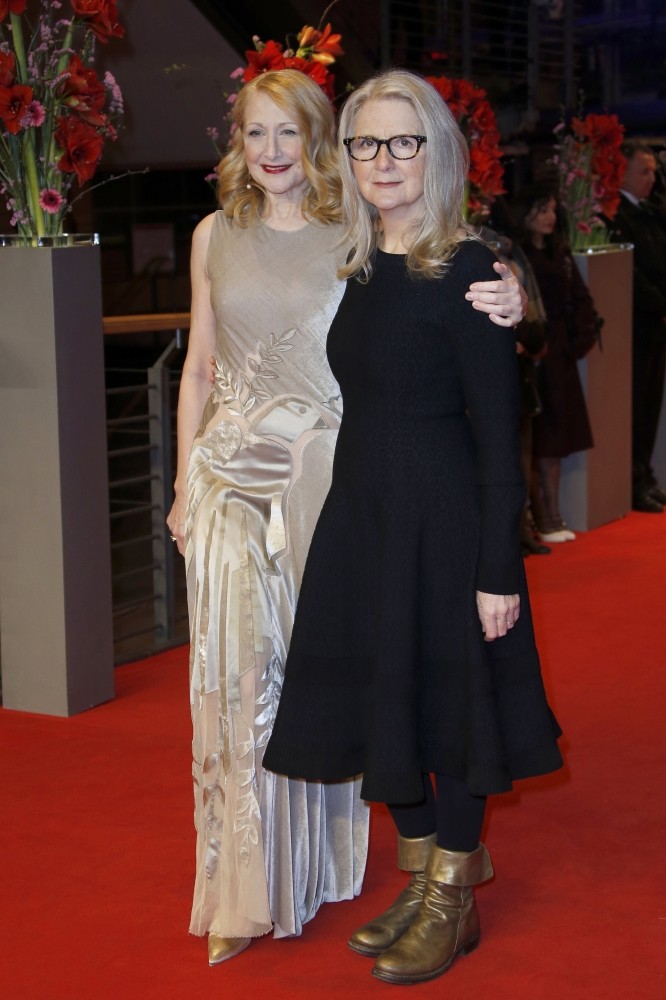 Director Sally Potter (R), actress Patricia Clarkson appeared at premiere of u201cThe Partyu201d during the 67th annual Berlin Film Festival, in Berlin on Monday. The movie is presented in the Official Competition at the Berlinale that runs until Feb. 19.
by Feb 15, 2017 12:00 am
British director Sally Potter's biting dark comedy about a party called to celebrate securing a top government job was a look at "a broken England" in the wake of Britain's shock vote last year to exit the European Union.

Shot in black and white, Potter's "The Party" was filmed over about two weeks against the background of Britain's referendum to leave the Brussels-based bloc.

"It was a light and loving look at a broken England," Potter told a press conference on Monday.

She said that half the film's crew turned up in tears for the filming when the results of the referendum were announced.

"The Party" is one of 18 films competing for the Berlinale's top prizes, including the Berlin Bear for best picture.

The 67-year-old Potter has a career dating back to the 1980s before she gained international fame with her 1992 adaption of Virginia Woolf's novel "Orlando."

However, it has been five years since Potter's last film "Ginger and Rosa."

To tell her story in "The Party," Potter assembled an ensemble cast including Patricia Clarkson, Timothy Spall, Bruno Ganz, Emily Mortimer and Cillian Murphy, which Spall described as "a classy bunch of people."

The core of "The Party" is the need to tell the truth, she said.

"The Party" shows "what can go very wrong when people loose with their principles and the ability to tell the truth."
RELATED TOPICS