God, beauty and love: An interview with Nacer Khemir 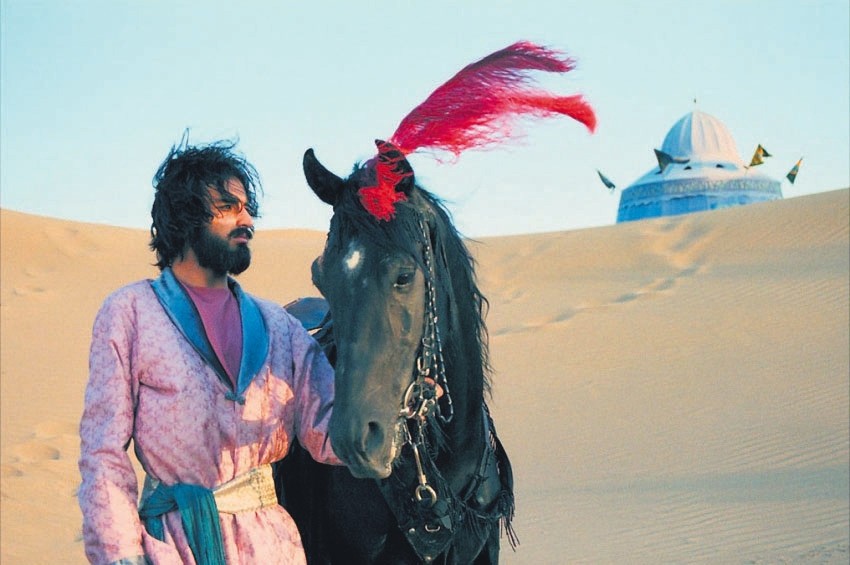 The Tunisian director of the widely-known film ‘Bab'Aziz: The Prince Who Contemplated His Soul,' Nacer Khemir, was in Istanbul for the Mercy to the Realms International Short Film Competition awards ceremony where he sat down with Daily Sabah for an interview on the film industry, Islam and the Middle East

Last Sunday, the awards ceremony of the Siyer Foundation's 3rd International Short Film Competition under the theme of "Mercy to the Realms" was held in Istanbul, hosting world-renowned directors and film artists including Tunisian Director Nacer Khemir, who is known for his outstanding 2005 film, "Bab'Aziz: The Prince who Contemplated his Soul" which has received numerous awards at film festivals worldwide, including the Fajr Film Festival in Tehran, Iran and the Muscat Film Festival in Muscat, Oman.

With Khemir in Istanbul for the International Short Film Competition, we got a chance to interview the film director who spoke about his desert trilogy, the position of the Middle East in the Islamic world and the film industry today. 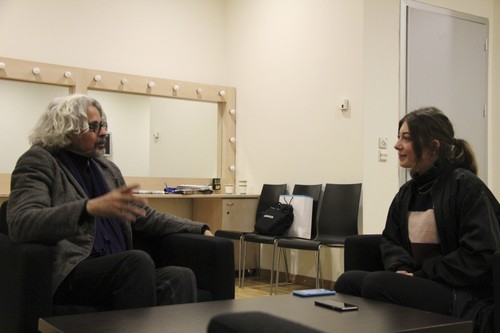 As we sat down with Khemir backstage, Nawara Omarbacha kindly translated for Khemir, who speaks French.

DAILY SABAH: You initially planned a career as a painter and sculptor. Throughout your life, you have continued to pursue this career and your art has been placed on exhibit by many institutions. Why did you make the shift to filmmaking? Did the ease of conveying your messages through filmmaking as a medium of storytelling inspire the shift?

DS: How has your writing and style as a director evolved throughout your three films, "Wanderers of the Desert," "Bab'Aziz," and "Looking for Muhyiddin?" 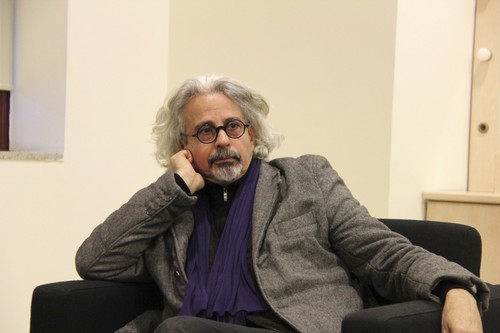 KHEMIR: "Wanderers of the Desert" concentrated on the North African region. In the part of the world that is not Africa, we have seen a regression from Europe, especially from France, during colonization. France tried to transform our country. They wanted to create a secondary culture. It was a way to create a second French culture. "Wanderers of the Desert" deals with the theme of different generations, which I call the "lost generations." The film speaks on behalf of the people who tried to liberate themselves politically, culturally, economically and artistically from the domination of colonialism. My second film, "The Dove's Lost Necklace," deals with Arab culture; specifically and particularly the culture of Andalusia, the south of Spain, during the Arab conquest. The Arab presence in Europe, in the south of Spain, has influenced the European Renaissance. So, one cannot explain the European Renaissance without addressing the influence of the Arab presence. I always explain my third film "Bab'Aziz" with this allegory: "If you are walking alongside your father and he suddenly falls down with his face in the mud, what would you do? You would help him stand up and wipe his face with your shirt. My father's face stands for Islam, and I tried to wipe Islam's face clean with my movie, by showing an open, tolerant and friendly Islamic culture, full of love and wisdom." Finally, "Looking for Muhyiddin" is considered a documentary fiction about the great mystic Sheikh Muhyiddin. The idea was not to personify the character of Muhyiddin but to make people who loved him start talking about him; whether they are from the Occident or the Orient. In the film, you can find people from Oxford, England, New York and Spain talking about him along with people from Damascus, Yemen, Istanbul, Konya and Bursa. We met so many people while filming the movie who spoke about Muhyiddin from all around the world, thus, the film includes six different languages. The film was shot in 10 countries in 15 cities worldwide and it took four years for filming to be completed.

DS: How was "Bab'Aziz," being the final movie in your desert trilogy, utilized to tie everything together by exploring the relationship between humans and the divine? 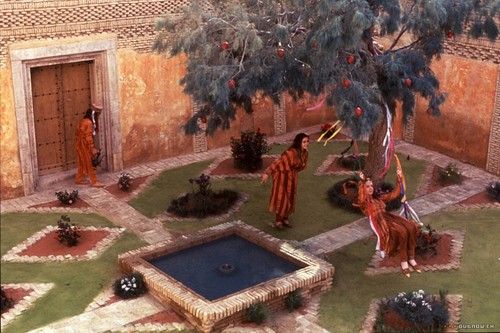 Still from "The Dove's Lost Necklace"

I believe that the desert stands for many things at the same time. It is a place with minutely small particles of sand while it is also the place of the infinitely vast. So, the desert for me is a smaller scale of the universe, so to speak. The desert is also the place where the Arab language was born and where Islam has prevailed. The desert is also the symbol of the notion of emptiness, which for me lies at the core of Islamic culture. There is something about the desert which surpasses our sense of time. At the same time, it represents the "now" and the "past."

DS: In a previous interview, you said that your movie "Bab'Aziz: The Prince Who Contemplated His Soul" was "a modest effort to give Islam its real image back." Can you tell me more about the meaning of filming such a movie? What was your reasoning behind it?

DS: What kind of position do you believe the Middle East holds in terms of filmmaking and cinema? How has it evolved throughout the years?

First of all there are many versions of the Middle East. There was the Middle East of Syria before the war. There was the Middle East of Iraq before the American invasion and destruction. And then, there is the Middle East of Saudi Arabia and the Middle East of other Arab countries. For me, the people of the Gulf states have oil in the place of their hearts, and this is how they think about their culture. For them, money can buy collections of Islamic art, but for whom? For which population? This is tragic. My theory of the 20th century is that the Bedouins have taken revenge over the Islamic world. Baghdad is an example of this. In the 8th century, it was populated with at least 1 million inhabitants. Islam was present in the urban centers of the world, like Baghdad and Istanbul. This means that the spirit of Islam is completely coherent to the desert. With this notion of the void, which actually invites the hospitality of all humanity, what the Bedouins did is something else. Their memories of the desert are hunger, thirst and suffering. Their revenge has contributed to the demolishment of the civilization of Islamic cities. There is a lot to say on this topic but I believe it to be a tragedy that our own people can create a threat and somehow become the enemy.

DS: Do you feel that you have a certain responsibility towards how the Islamic world views cinema?

KHEMIR: My effort is completely personal. Every time I make a film, I find myself in debt and I spend years trying to recover. I pursue this personal effort just to make it clear that there is another way to see things. I believe I have more influence on the Occidental side of the world then the Oriental side of the world. I've been invited to speak at Oxford University, Harvard University and the University of California at Berkeley but I haven't been invited to any Oriental university, not even in my own country.
RELATED TOPICS