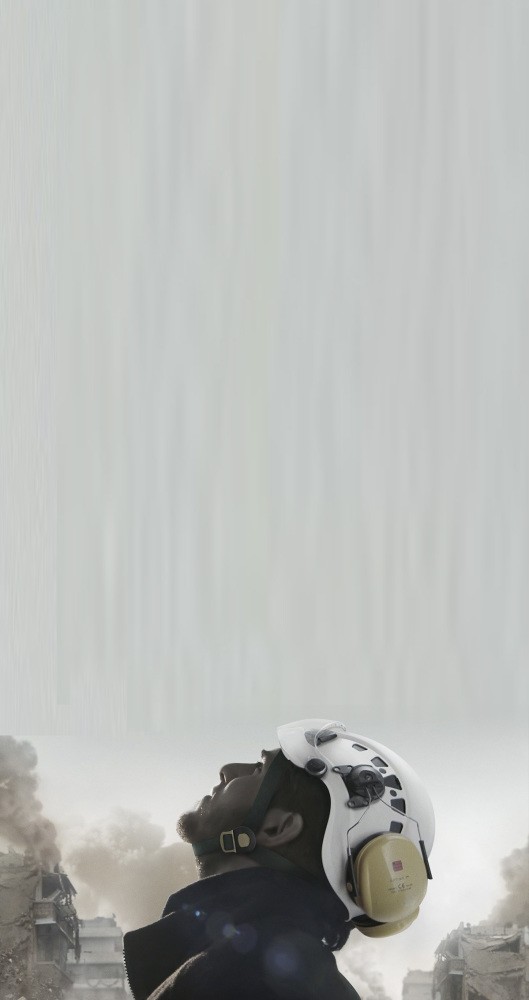 ‘The White Helmets,' depicting the struggle of the Syrian Civil Defense that has saved thousands of lives in the turmoil of the ongoing war, won the award for best documentary at the Oscars. But the cameraman and director of photography could not participate in the ceremony due to the visa ban

Helping shed light on the widespread civilian suffering in Syria, "The White Helmets" won the Oscar for "Best Documentary Short Subject" at the 89th Academy Awards Ceremony, which was marked by blight after presenters announced the wrong winner of the evening's most coveted "Best Picture" award Sunday night.

The harrowing Netflix documentary depicts the story of the Syrian Civil Defense, a volunteer-based organization which has saved the lives of thousands of people in the Syrian Civil War and is publicly known as the "White Helmets."

Filmed by cameraman Khalid Hatib, a native Syrian who was unable to attend the awards ceremony after his visa was canceled by U.S. immigration authorities, the documentary shows the White Helmets arrive at the scene of an airstrike, which may be imminently bombed for a second time in a so-called "double tap" attacks. 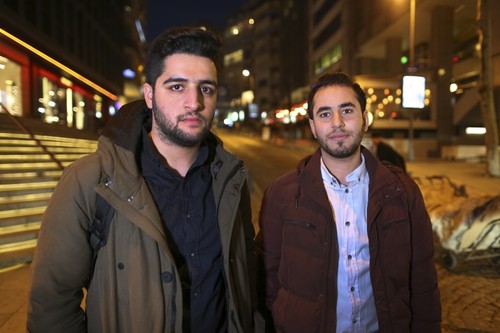 Syrian cinematographers Khaled Khateeb, (l), a member of the Syrian Civil Defense, popularly known as the White Helmets and Fadi Alhalabi, 23, (r), who was close to the organization and also provided video for the Oscar-winning documentary "The White Helmets," pose in Istanbul.

Born and raised in Aleppo, "The White Helmets" cameraman who has captured the Syrian crisis in photographs and videos depicting the war, told reporters that in addition to serving as a cameraman since the Syrian Civil Defense was established, he has been involved in rescue efforts first-hand as well as a White Helmet.

Hatib said that the massive number of people trapped under debris after being heavily bombarded by the Assad regime compelled him to stop taking photographs and videos, which he captures in efforts to spread news of the massacres to the rest of the world via social media, and rescue the innocent victims as a volunteer.

Expressing his happiness that the documentary was awarded an Oscar, Hatib said that he does not feel sorry for being unable to attend the ceremony.

"I received a visa to go to the U.S. upon the invitation to the Academy Awards ceremony. At the airport, they told me that my passport was not suitable for the flight and turned it down; indicating that a new document was needed from the American Consulate to solve the problem but it was too late. These are not important to me. For me it was important to tell the world of Syria in some way," he said.

Recalling that he was touched while watching the Academy Awards ceremony on TV, Hatib said, "Our mere expectation from the world is that they watch this documentary, pressure the international arena to stop these bombardments and try to prevent civilian deaths. The tragedy in Syria is increasing day by day. Even though this documentary received an Oscar and made us proud, the main point is to attract worldwide attention to Syria."

Hatib noted that the White Helmets have been trained in Turkey and transferred their experiences in Turkey to their own volunteers, thus effectively managing to do strong, effective work in the rescue operations, highlighting that Turkey is the country that has made the most efforts in regards to the Syrian issue.

Pointing out that the film's Director Orlando von Einsiedel came up with the idea to shoot the documentary two years ago, Hatib said, "[Einsiedel] said that the White Helmets have undertaken an important humanitarian mission in Syria and it should be announced to the world. We have held meetings in Istanbul many times. We also thought this project could be useful and got on with it. We worked under very difficult conditions in Aleppo. Our aim was to tell the world about how hard the civil defense teams are working and of the massacres happening in the country."

Hatip underlined that their efforts in making the documentary did not go down the drain.

"I think we are telling the world how civilians live under the bombardment. The entire world has seen how the White Helmets work to save civilians by risking their own lives," Hatip said, adding, "White Corpses have proven the significance of their work in civil defense. So far, they have saved the lives of more than 82,000 Syrians. Meanwhile, 168 civilian volunteers have lost their lives."

The documentary's cinematographer Fadi El Halebi stated that he was born in Aleppo and has been broadcasting from social media since the protests began in 2011. Stressing that he has worked with international news agencies and filmed many documentaries, Halebi said that the fact that "The White Helmets" received an Academy Award is a very important step towards announcing what is happening in Syria to the world.

Halebi noted that they had decided that Hatib should go to the U.S. since he did not have a passport; underlining that what has happened will not slow them down.

"This documentary deals with the Syrian issue on a human dimension and we will continue to tell the story of the tragedy. I will return to Syria to continue my projects in the next couple of days," Halebi said.

After Director Einsiedel read a message from Raid el Salih, the founder of White Helmets, saying, "We are so grateful that this film has highlighted our work to the world. Our organization is guided by a verse from the Qur'an, 'To save one life is to save all of humanity.' We have saved more than 82,000 civilian lives," he said, inviting all the guests to stand up and asking for a round of applause for the war in Syria to stop.
RELATED TOPICS