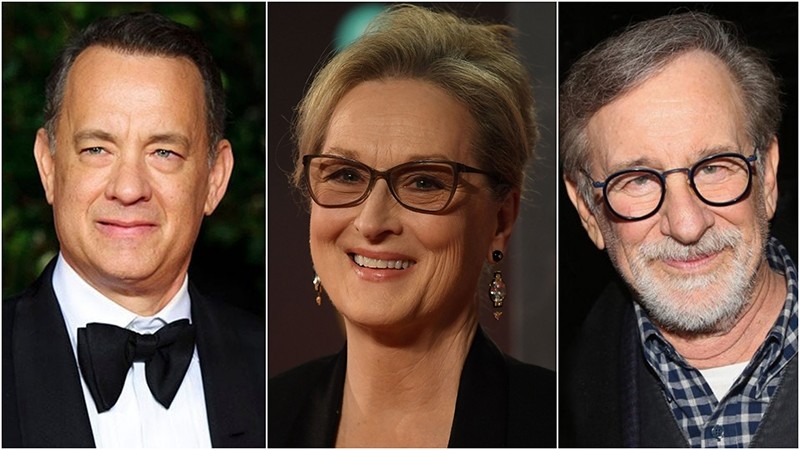 Steven Spielberg, Tom Hanks and Meryl Streep are considering taking on some classified government documents in a feature film about the Pentagon Papers case.

A source close to the project who spoke only on the condition of anonymity because they were not authorized to comment publicly said Monday that Spielberg has signed on to direct "The Post," a co-production from Fox and Amblin Entertainment.

Based on a script by Liz Hannah, the film will focus on The Washington Post's 1971 publication of the classified Vietnam War study after a federal judge barred the New York Times from further coverage. The Times had previously published a series of articles from the critical report after military analyst Daniel Ellsberg leaked the top secret documents.

In defiance of the government's efforts to block coverage on grounds of national security concerns, Washington Post publisher Katharine Graham joined forces with the New York Times in a legal battle over their right to publish. The case went to the Supreme Court, which ruled in favor of the press.

According to a report by the Hollywood trade publication Deadline, Hanks is in talks to play Washington Post editor Ben Bradlee — which would mark his fifth outing with Spielberg — and Streep is in negotiations for the part of Graham.

Not unlike Graham, Streep recently has established herself as a powerful voice in support of the press and in opposition to the current administration.

In a speech at the Golden Globe Awards in January, Streep passionately defended the freedom of the press to "hold power to account" and urged audiences to support the Committee to Protect Journalists.

Reps for Spielberg, Streep and Hanks did not immediately respond to request for comment.