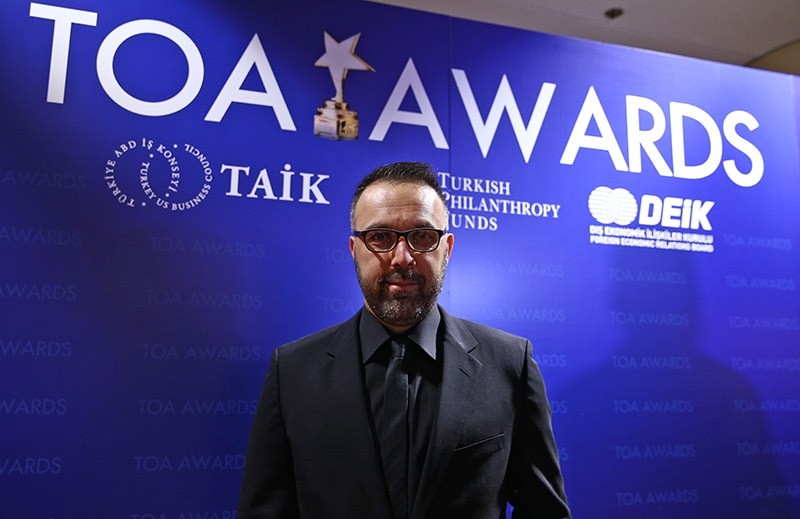 "[The] Golden Globes, which precedes the Oscars each year, should not only be seen as an awards ceremony. Founded by foreign journalists in 1943, HFPA activities carry upmost importance in the film and television industries," according to Tapan, who became one of the 93 members of HFPA last May.

"My lobbying and networking in the sector will play a significant role for Turkish productions to be nominated for the Golden Globe and Oscars. Now, Turkey has voting power in Hollywood."

Tapan noted that he tried for seven years to be accepted as a HFPA voting member, and emphasized that his membership would come into play for Turkish producers who want to take a step into the U.S. film and television industry and make a name for themselves.

"Turkish series have overstepped the country's borders. Foreigners have been watching our series. Our producers have also broken the boundaries of Turkey. Some of the Turkish actors and producers are renown right now. Those are very important for the future," Tapan said.

Turkish cinema, on the other hand, still has some room to develop, according to Tapan, who said his country's filmmakers will be accepted at festivals in the U.S. and around the world if they concentrate more on independent productions.

"Independent filmmakers will be heard more if they show up in festivals with bolder movies. They will begin to get nominations in American festivals. As I witness young Turkish people studying film and television in the U.S., my hopes get higher, and I see a brighter future," he explained.

Tapan urged young Turks in the film and television industry to develop in all aspects possible.

"I advise them to learn English, reach agencies in England, France, and Italy. Hollywood is a global market now. It is open to actors and directors from all around the world. We see many young and shining talents these days. Turkish young people in the sector should not restrict their dreams within Turkey. But, we also need more theaters and drama instructors in Turkey as well," he said.

Tapan argued that Turkish cinema has produced mostly comedy with low production costs in recent years, and stressed that there has been a significant decline in the number of viewers who watch movies in theaters.

"Major American studios are well aware of counterfeit DVD sales. Movies of such sales tend to have weak performances in Turkish box office. There should be serious enforcements in this respect. Movie fans should be more responsible and conscientious towards the effort and labor put in the industry," he said.