Lift your head up: The Istanbul Film Festival is here 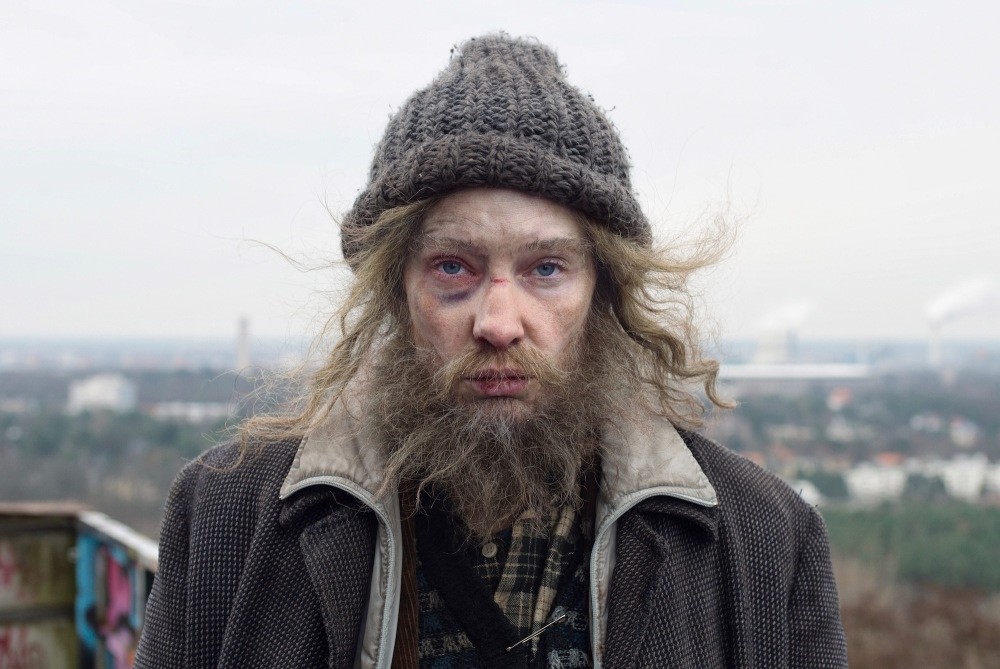 Directed by Julian Rosefeldt, u201cManifestou201d will be screened in the category of International Golden Tulip Competition.
by Zeynep Esra İstanbullu Apr 01, 2017 12:00 am

The Istanbul Film Festival, Turkey's biggest international cinema event, welcomes movie lovers for the 36th time. With a variety of Turkish films and examples of world cinema, it will also host panels with stars and master directors. The 36th Istanbul Film Festival takes place from April 5 to 15

Organized by the Istanbul Foundation for Culture and Arts (İKSV), the 36th Istanbul Film Festival presents a program that includes the latest productions in world cinema, cult films, recent Turkish movies, classics, new discoveries and hidden treasures and hosts 186 feature films and 17 short films April 5-15; 203 movies by 207 directors from 61 countries will be screened and talks with guest directors and actors and other special events await both newcomers and festival addicts.

One of the most exciting highlights is the honorary guest: Sir Ian McKellen, the doyen actor of "Richard III," "Gods and Monsters," "Lord of the Rings" and the "X-Men" series. McKellen will attend with the cooperation of the British Council and receive the Cinema Honorary Award of the Istanbul Film Festival. Honored with the title "Sir" in 1990, McKellen was also knighted for his contribution to theater in 1991. Among his myriad prizes are six Laurence Olivier awards, a Tony award, Golden Globe awards, SAG awards, BIF awards, two Saturn awards, four Drama Desk awards, two Critics' Choice Film awards and two Academy Award nominations. And his success isn't just in the movie sector in which he acted in 108 films but also in theater as he dazzled in performances in many successful Shakespeare plays. McKellen also wrote two movie scripts and produced a movie.

McKellen will receive his award in the opening ceremony on April 4 and participate in screenings of "Richard III" at Beyoğlu Atlas and Rexx movie theaters. In addition, he will give a talk in Albert Long Hall at Bosporus University on April 7. Fans can enjoy "No Man's Land" in which he stars with Patrick Stewart at Salon İKSV with the cooperation of National Theater Live.

Festival competitions start April 8, and winners of International and National Golden Tulip, FACE Human Rights in Cinema, the National Documentary and Short Film competitions will be announced at the award ceremony on April 8. This year, 13 movies from 11 countries will compete for the Golden Tulip in the Istanbul Film Festival International Competition. The jury is presided over by talented Turkish director Reha Erdem and includes director Sylass Tzoumerkas, scriptwriter and producers Katayoon Shahabi, movie critic Boyd Van Hoeij and director Gabe Klinger.

To encourage and support short-film making and to introduce successful examples to movie fans, the festival is organizing a National Short-Film competition for the second time.

The popular Festival Galas will have Turkish premieres of 11 most-awaited movies of the year, including "Personal Shopper" directed by Olivier Assayas and staring Kristen Stewart; "Dalida" directed by Lisa Azuelos, telling the tragic life story of the famous singer; "Rock'n Roll," written and directed by beloved French actor Guillaume Canet; "The Midwife," offering great performances from Catherine Denueve and Catherine Frot; "The Odyssey," a story of the relationship between Captain Jacques Cousteau, famous for his passion and love for the sea, and his son; "Final Portrait," starring Geoffrey Rush and Armie Hammer and directed by Stanley Tucci; Marc Webb's "Gifted," starring Chris Evans; "Free Fire," by one of the most unique U.K. directors, Ben Wheatley; "The Secret Scripture," starring Vanessa Redgrave and Rooney Mara, directed by Jim Sheridan; and the Shakespeare classic "Richard III," written by and starring Ian McKellen.

Another striking section in the festival presents a retrospective of the master of French experimental cinema for the first time in Turkey: "Vincent Dieutre: Exercises in Solitude," including films that forced the boundaries between contemporary art, theater, installation, radio and cinema.

"Turkish Classics Revisited" presents a restored Turkish classic: Ömer Kavur's "Anayurt Oteli" (Motherland Hotel). This section has been a part of the festival for the past 10 years. The gala for this movie renovated by Fanatik Film was adapted from Yusuf Atılgan's book of the same name and shot in 1987. It will be screened in the TİM Maslak Show Center on April 10.