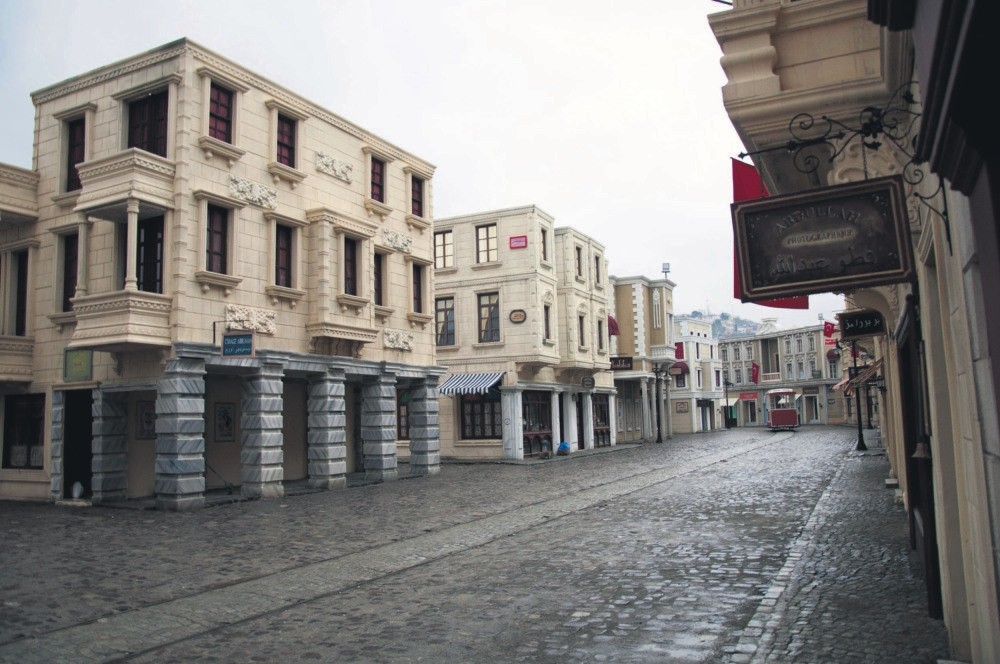 An intricate model of u0130stiklal Avenue in the 1850s during the Ottoman era.
by Anadolu Agency Apr 03, 2017 12:00 am
The largest in Europe and the second largest in the world after Hollywood, the İzmit Seka Film Plato has not ceased to draw the attention of local and foreign producers who want to shoot period-correct historical movies and TV series.

Currently rented out to the Maya Film Plato by the Metropolitan Municipality of Kocaeli, Seka Film Plato's Manager Alper Çetintaş noted that currently the Plato offers various stunts, decor, and about five thousand costumes and 10 thousand accessories that enable filmmakers to shoot movies, TV series and documentaries from the 16th to the 20th century.

The Plato is the must-go place for filmmakers wanting to shoot period-correct dramas, which are currently on the rise, because it stands out with its intricate models of İstiklal Avenue in the 1850s, Ottoman-era streets of the 18th century, and the Galata Tower and its back alleys and wooden period houses, which are all built faithfully to the originals.

Çetintaş stated that they've been receiving great demand from both local and foreign projects and are trying to offer services with all their capacity. He explained that the Plato functions like a factory, from a carpenter's shop to prop workshops, being able to offer all kinds of services from accommodation to catering and that they're open to demand from foreign productions.

The Plato is built around 70 sets for this new series, including the Yıldız Palace, Small and Large mabeyn kiosks, stairway landings, Sultan Abdülhamid's carpenter shop, the harem garden center, and rooms, all faithful to each accessory, all the way to even the carpets of the time.

So far, $16.5 million has been invested to the Plato within the past six years. The interiors of the buildings are also open to use and the company's art group easily designs and redesigns its indoor locations depending on demand.

Meanwhile, Çetintaş also added that most extras, which at times can increase to 300 people per day, are residents of Kocaeli and they have a very large team.

"We try to help guests who want to visit our Plato however, we have to be careful in order not to delay productions and the ongoing works," Çetintaş said.
RELATED TOPICS