'The Ottoman Lieutenant' to hit Turkish theaters May 19 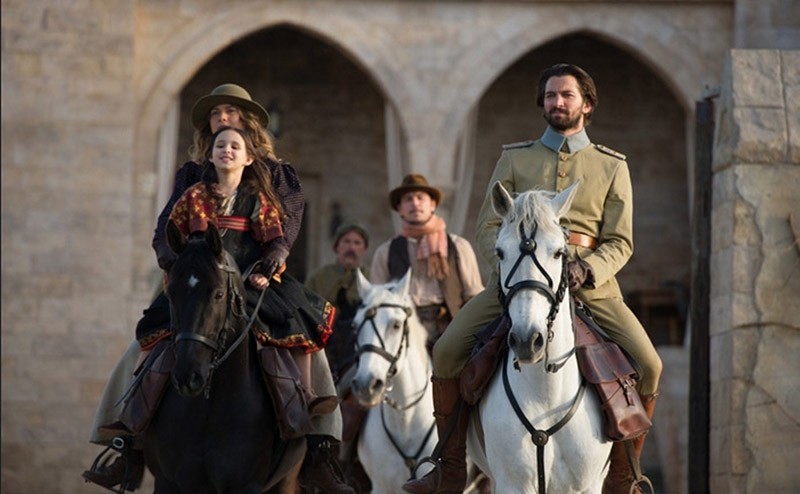 The Turkish-American co-production "The Ottoman Lieutenant," which was released in the U.S. last month, will appear on the silver screen in Turkey starting May 19.

The film features Turkish actors Haluk Bilginer and Selçuk Yöntem starring alongside Michiel Huisman, who is widely known for his role in the TV series "Game of Thrones," as well as Ben Kingsley, Josh Hartnett and Hera Hilmar.

Directed by Joseph Ruben and written by Jeff Stockwell, The Ottoman Lieutenant is said to be the biggest Hollywood film about the Ottoman era ever made.

Turkish co-producer Yusuf Esenkal told Anadolu Agency that the most important feature of current international movies was not their advanced technology, but their capacity for story-telling, adding that oral narratives had a long history in Anatolia.

"[The tradition] starts with Dede Korkut and continues with the Seljuks and Ottomans. Our stories are told orally and circulate from tongue to tongue. However, their written and visual forms are not found with us. Here we had really been left behind," Esenkal said.

He also stressed that Turkish people were owners of the stories as successors of the Anatolian people, "The film has been born from this dream. Our goal was to carry the tales of our lands onto the screens of Hollywood, which is best in this business," Esenkal said.

The film tells the love story between an American nurse played by Icelandic actress Hera Hilmar and an Ottoman soldier played by the Dutch Game of Thrones star Michiel Huisman with eastern Anatolia during World War I as a backdrop.

Esenkal explained that the film was a novelty that paved the way for further American-Turkish co-productions, "New films are arriving which are co-produced with Hollywood. We have just begun working on a film about Mevlana. We hope that this time we will emerge from the inroad with a good production and that this will finally also clear the way for our other stories. There are quite some stories ahead of us."

After debuting in the U.S., The Ottoman Lieutenant is one of the most anticipated films of the year in Turkey.