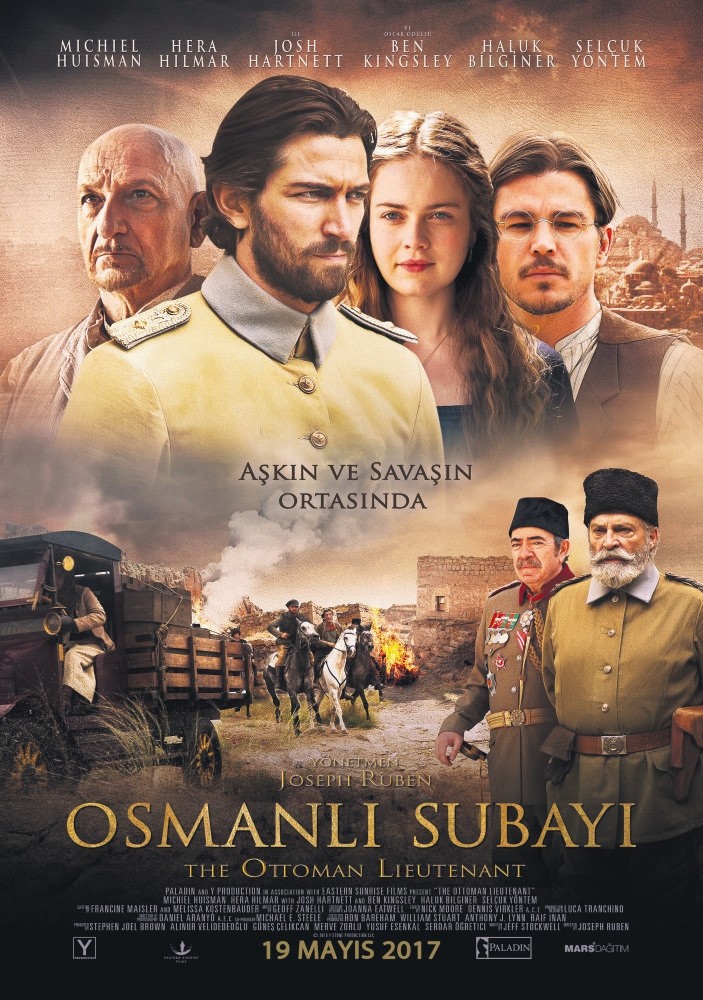 by Daily Sabah Apr 17, 2017 12:00 am
Poster and trailer for the first Turkey-U.S. coproduction in Hollywood "The Ottoman Lieutenant," have been released.

Scheduled for a May 19 premier, the movie is highly anticipated in the U.S. and Turkey, with a cast of Michiel Huisman, Hera Hilmar, Josh Hartnett, Oscar-winner Sir Ben Kingsley and Turkish stars Haluk Bilginer and Selçuk Yöntem.

Co-produced by "Y Production," one of the leading names in international cinema and the Eastern Sunrise Film, the movie, with its "in the midst of love and war" slogan, tells the story of Lillie (Hera Hilmar) who becomes a nurse to honor her brother's memory and Jude (Josh Hartnett). The duo meets and then travels to Istanbul and later to Eastern Anatoliam, in a 60-day journey at the beginning of World War I in 1914. Melih Pasha (Selçuk Yöntem) sends Lillie to Easter with a Turkish soldier, İsmail (Michiel Huisman). However, the head physician at the hospital she is stationed at, Woodruff (Sir Ben Kingsley) rejects her, saying the hospital was not suitable for a woman, and advices her to return.

Meanwhile, Commander Halil Bey (Haluk Bilginer) has other reasons to reject her. The young woman, however, refuses and is torn in between two loves, under the shadow of an ongoing war. Everyone's lives turn upside down with the Russian invasion and uprisings of Armenian gangs. The film was shot at different locations in Istanbul, Cappadocia, Aksaray, Kayseri, Van, Niğde and Prague and will be out on May 19 in Turkey.
Last Update: Apr 17, 2017 1:23 am
RELATED TOPICS