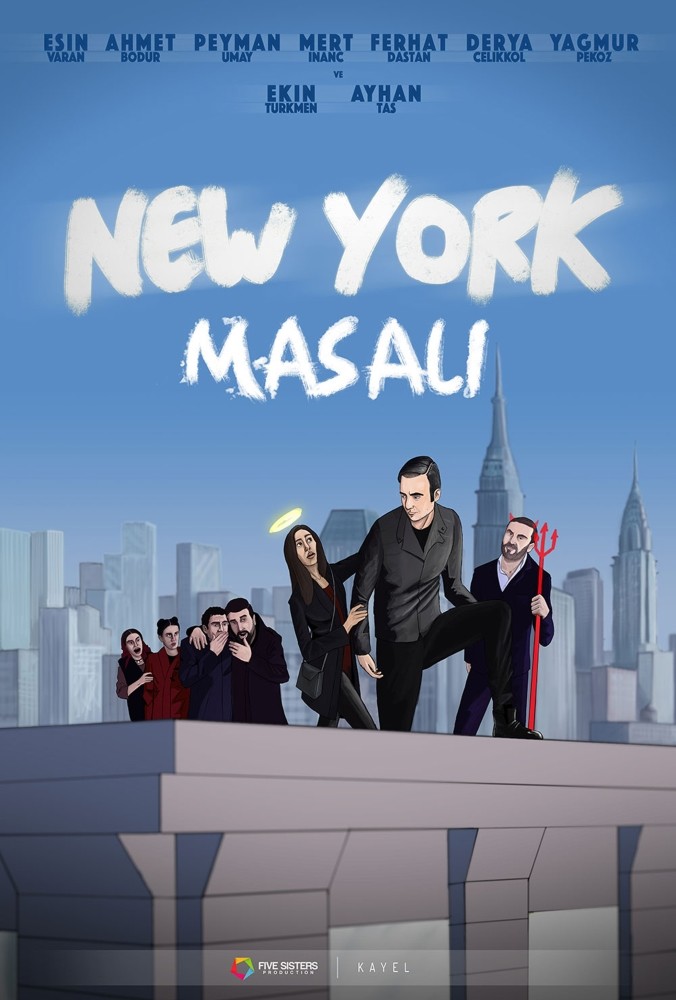 by Anadolu Agency May 11, 2017 12:00 am
The first Turkish film ever to be fully shot in the US was featured in a premiere Tuesday attended by Turkish Consul General to New York Ertan Yalçın and his assistant Reyhan Özgür as well as film cast members who attended the premiere at a gala.

Directed by Doğan Özmekik and written by Nilüfer Yenidoğan Özmekik, the film was produced by deputy Mayor of Paterson Derya Taşkın, a young Turkish businesswoman living in the U.S. The leading actors in the film are Ahmet Bodur, Esin Varan and fashion designer Peyman Umay.

As the first Turkish movie shot to every be fully shot in the U.S., "A Tale of New York" tells the unlikely love story of a woman who wants to change her life and a man who is planning to end his life.

Turkish actress Esin Varan who continues her career in New York City performs in the film as a workaholic and native New Yorker named Deniz. Most scenes from the film are shot in Central Park, Manhattan and parts of Brooklyn, while a small part of the film is shot in Istanbul. The film will come to the silver screen in both Turkey and the U.S. on May 19.
RELATED TOPICS