War, grief, lies and moving on in François Ozon's 'Frantz' 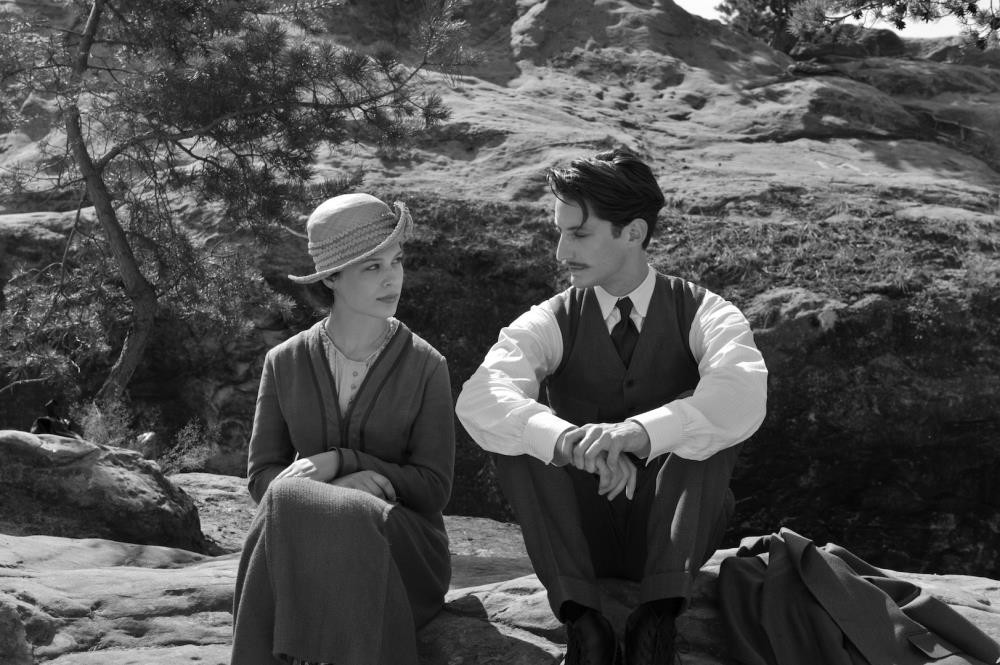 In the atmospheric black and white film u2018Frantz,u2019 a German familyu2019s grieving process is complicated by the appearance of a young French man who has come to pay respect at the grave of a German soldier.
by Nagihan Haliloğlu May 22, 2017 12:00 am

In this remake of Ernst Lubitch's 1932 film ‘Broken Lullaby,' Ozon introduces us to a world of people trying to come to terms with the aftermath of war. It is a beautiful eulogy to the loss of young life, exposing the audience to the scars that need to be healed and asks whether truth or gentle lies can do a better job

François Ozon's latest film "Frantz" explores the aftermath of World War I and the ways different people tried to cope with the loss of loved ones. In this atmospheric black and white film, a German family's grieving process is complicated by the appearance of a young French man who has come to pay respect at the grave of a German soldier. The received wisdom about the two "world wars" is that the first one was fought for nothing and was an unnecessary loss of life, but that the second one was fought for a good reason - to stop fascism. Ozon's film follows this narrative and tries to convince the audience that the young men who fought on either side of the trenches in WW I were doppelgangers of one another. Frantz is thus a beautiful choice of a name because although it's typically German, every time it is pronounced, one hears the word France. Ozon wants to say from the very start that the French and German young men who fought in this senseless war were brothers with a shared vocabulary. Mon semblable, mon frere...

At the beginning of the film, we see a young woman walk through a market square, buy flowers and stop and look at a beautiful dress. Ach, this relationship between women and beautiful dresses, so many reasons to buy, as many not to buy: The cinematographic short hand for a poor woman dreaming of a more prosperous day, but in this case, the wistfulness of a woman who cannot imagine wearing such a thing ever again because her beloved has been killed in a war. We then see her tending Frantz's grave, discovering someone else has left fresh flowers, and then the next day an apparition of a tall, thin, young man visiting the same grave. She watches him from behind a tree, and at that moment the film is open to possibilities: Is this the ghost of the man this young woman is grieving for? Soon enough, we learn that he is a real man, a young French man who has come to seek the grave of the dead German soldier Frantz, Anna's fiance. This is one of the first moments that the film suggests something, and then takes the story elsewhere. Before he has time to explain himself, Anna and the parents who are hungry for news from Frantz make up their mind about who this young French man is. Surely a French friend of Frantz's from before the war? For this is the sort of German and French leading characters we are dealing with in this film. The sort of young German man who has gone to France for his education, the sort of young French man who can speak perfect German. Almost an ad for the beleaguered EU. 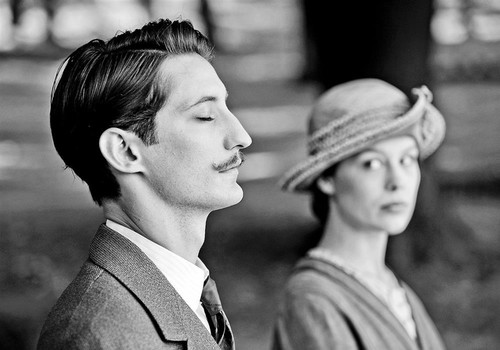 Adrien, the Frenchman, surprises himself by playing along with the role that Frantz's bereaved family has constructed for him. When he musters up the courage to speak to them, we witness a scene in which words are almost literally put into his mouth. "Did you know Frantz? Yes. Did you know him in France? Yes." The punning words work wonderfully in this scene, as Frantz's fiance Anna and Adrien switch between German and French. "So you think of him often?" "How can I forget him," says Adrien, and Pierre Niney who plays Adrien puts all the guilt available in his repertoire into his face, and it is clear to the audience that Adrien has "gotten to know" Frantz in the trenches rather than in Paris. We understand that Adrien has chosen to play along with Frantz's family's fantasy as some kind of atonement, as he starts to tell them about their time together in Paris -- to the point of describing a painting in the Louvre that was Frantz's favorite. This is the psychological core of the film: People are happy to believe stories told about their lost loved ones.

Ozon gives us scenes of the two young men together in art galleries and flaneuring in town without any hint of these being figments of Adrien's imagination. Except for the fact that Adrien seems very joyful in these scenes with Frantz, with a permanent, ecstatic smile on his face, a smile that is almost uncanny as it is entirely different from the glum and terrified mask he seems to be wearing in the "now" of the film. Adrien's glumness disappears only when he and Anna, despite the terse glances that Adrien gets as the "French victor/enemy" from small town Germans, join a local dance. The fact that Adrien's thoughts are just as occupied with Frantz as Anna's creates a bond between them, which, for Anna, turns into an ersatz feeling of romanticism. Adrien becomes the ersatz son for the parents as well, as he plays the violin in their living room just as Frantz used to. This is one of the scenes that suggest the kind of pressure put on Adrien as he tries to play the surrogate son for this family: He collapses and has a seizure as if he is possessed by a demon. 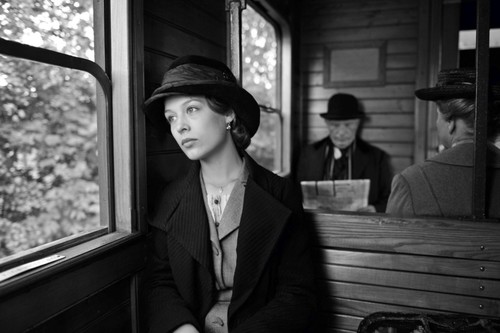 While the film starts with Adrien's tormented journey to tell Frantz's parents the truth, it slowly transforms into Anna's voyage to try to find closure after her fiance's death, which then transforms into a physical voyage she has to make when Adrien, no longer able to play the part of Frantz's friend, confesses to Anna that he was there when Frantz died, by quoting from a letter from her. He then tells her of their very dramatic "encounter" in the trenches. Voicing Frantz's words, Adrien, cruelly, uncannily, becomes Frantz at that moment - a moment that the film seems to have been working towards. Adrien leaves, and Anna is left without this last "connection" to Frantz, and indeed Adrien himself. In a very powerful scene she rereads a letter that Frantz has wrote to her in French so that his parents wouldn't intercept it and learn of the horrors of war. She is overwhelmed, and we see her walk into a lake to drown herself (earlier, she told Adrien she doesn't know how to swim), but then a passerby saves her. We understand that there have been many moments when Anna has had to filter the truth in order not to hurt the people around her; and at this point, the burden unleashes itself on her psyche. But she recovers from this moment to face another in which she will have to filter the truth that Adrien writes to Frantz's parents. Then, the letters get returned from Paris.

Anna decides to travel to France to ostensibly locate Adrien, but also to follow in the steps of Frantz who has spent quite a bit of time in Paris. After much effort, she finds Adrien. We see that he is the only son of an aristocratic family. The disdain that Adrien's mother shows Anna when she wants to see him is a manifestation of victorious French national feeling against the Germans, coupled with the disdain that the higher classes have for honest small town people. Anna just about manages to hold her head up high until the moment she learns that Adrien is engaged to be married, and from the fiance; she learns that Adrien's intention for repentance went further than Anna had imagined. Anna goes back to Paris and locates the painting that Adrien described as being Frantz's favorite. We see that it is called "Le Suicide" by Manet - the reproduction of which she has seen in a room in Frantz house. Clearly, suicide has been much on Frantz's mind too. In the last scene Anna sits in front of the painting next to a young man with similar features to both Adrien and Frantz, absorbed in it, as absorbed as Frantz is supposed to have been. The young man asks her whether she likes the painting, and she says that yes, it enhances her will to live. We know that Anna, in contrast to or even despite the ghostly and physical male presences in her life, has pulled through. Thus, Manet's painting at the closure of the film stands in for men's endless capacity to feel sorry for themselves in a world they make uninhabitable through violence, and women's infinite capacity to bear pain and move on.