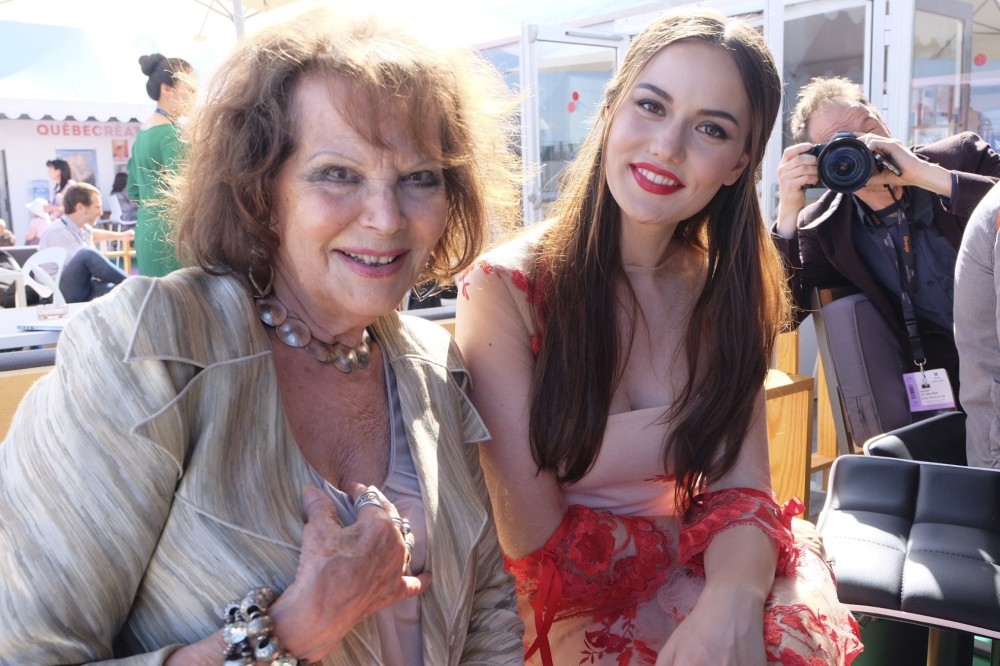 Claudia Cardinale (l) and Fahriye Evcen
by Daily Sabah May 23, 2017 12:00 am
The Cannes Film Festival, one of the most important and prestigious film events of the year brings the world's cinema industry together.

At the event, Turkey's Ministry of Culture and Tourism continues to promote Turkey and Turkish cinema at its Turkish booth that has welcomed several local and international guests.

Among them was world cinema's legendary figure and the face of the Cannes Festival's 70th anniversary, actress Claudia Cardinale, who starred in Ali İlhan's "Being Italian with Signora Enrica.

Cardinale attended a reception given in her honor at the Turkish booth. Fahriye Evcen, who portrayed Cardinale's youth in the movie, also attended the reception.

For her contributions to world cinema, Cardinale was awarded plaquet of honor by Erkin Yılmaz, General Director of Cinema of Ministry of Culture and Tourism.

With the reception, which attracted great attention, the Turkish booth has conducted one of the most popular events at the festival.
RELATED TOPICS