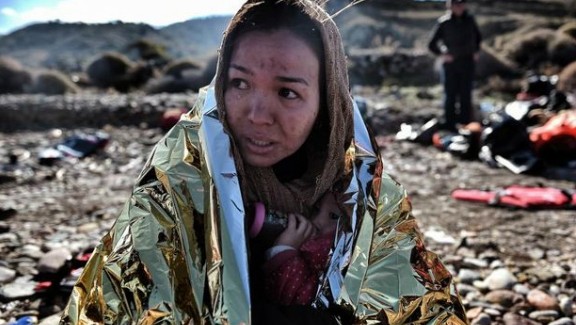 Sydney Film Festival will showcase 288 films from 59 countries, including 37 world premieres as well as top pictures from Berlinale and Cannes.

Race, refugees, rights and the environment are among the topics being showcased at the annual Sydney Film Festival starting Wednesday.

The 64th annual festival will also include top movies from festival favorites, including the Berlinale and recent Cannes.

"The Sydney Film Festival is a collection of perspectives from many of the world's most interesting storytellers, who reflect our shared desire to understand today's world - from refugees and gender rights, to attitudes about country and community," Nashen Moodley, the director of the festival said.

"A film festival is the one place where all of these perspectives come together and offer us a temperature reading of the global zeitgeist: Of who, what, where and why we are today," he said.

The opening night will feature an official competition contender, "We Don't Need a Map," a documentary by indigenous director Warwick Thornton, which investigates Australian nationalism through the thousands of years history of the Southern Cross and its place on the flag.

Also in competition Oscar-nominated James Baldwin documentary, "I am not your Negro," by Raoul Peck and "The Other Side of Hope," a Finnish comedy on Syrian refugee, which won best director at the Berlinale.

A highlight of the festival is a film, "Chauka Please Tell Us The Time," documenting the day-to-day life of Manus Island refugees, who are in detention at Australia-run immigration centers, captured secretly on a mobile phone by Iranian journalist Behrooz Boochani.

Environment documentary "Blue" will highlight the issue of ocean pollution, while "Chasing Coral" will look at the dire situation of the coral reefs due to bleaching at the Great Barrier Reef.

"Last Men in Aleppo" features Syria's volunteer medical rescue teams, the White Helmets, while "Wolf and Sheep," an award-winning debut from young Afghan writer-director Shahrbanoo Sada, tells a tale of teenage friendship in a rural village in the war-torn country.

In an effort to be more inclusive, the festival has also announced separate presentations for female European directors, First Nations storytelling from across the globe and practitioners with disability.

The festival will close on June 18 with Cannes competition contender "Okka" by Korean director Bong Joon-ho.