Doyen of Turkish cinema dies at 83 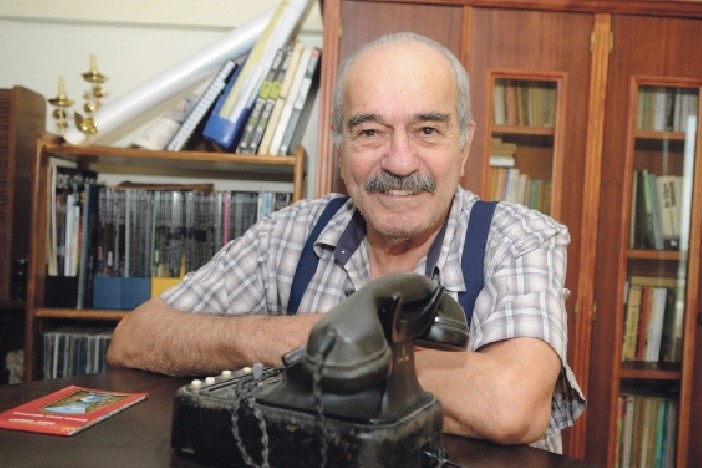 Turkish film and theater actor Fikret Hakan passed away while undergoing treatment for lung cancer at the age of 83.

His real name was Bumin Gaffar Çıtanak, yet he was known as Fikret Hakan in the theater and film world. He was born on April 23, 1934 in the province of Balıkesir to a nurse mother and a literature teacher father. When Hakan's father was transferred to Galatasaray High School in Istanbul, the family moved to the city When he was at high school, he was interested in journalism and worked with the Istanbul Express newspaper, for which veteran journalists Abdi İpekçi and Halit Kıvanç also worked and was owned by Mithat Perin. He started earning money when his stories began to be published, which caused him to drift away from school. He first performed at Ses Theater as a clown in the "Three Doves" operetta in 1950. Then, he changed his name and acted in "Leblebici Horhor" and "Afrodit."

He worked with Ses Theater, Çığır Stage, Cep Theater, Small State, Oraloğlu Clock 6 Theater, Stage 8 and Fikret Hakan Theater, which he founded. His first role in film was in 1953 with "Köprüaltı Çocukları" (Throwaways). Then he starred in social and political movies such as "Yılanların Öcü" (Revenge of the Snakes) and "Karanlıkta Uyananlar" (Waking Up in the Dark).

He starred in 204 movies and 28 series as well as worked as a scriptwriter, director and producer in the 1970s. He became well-known from his movies "Üç Arkadaş" (Three Friends) and "Keşanlı Ali Destanı" (Legend of Ali of Keşan).

He moved to Marmaris from Istanbul and spent his time on boats and sailing in 1980, then he returned to cinema. He received the State Artist title from the Culture Ministry in 1998. He won the Best Male Performer for his role in "Legend of Ali of Keşan" in 1965, and for "Ölüm Tarlası" (Death Field) in 1968 at the Antalya Golden Orange Film Festival.