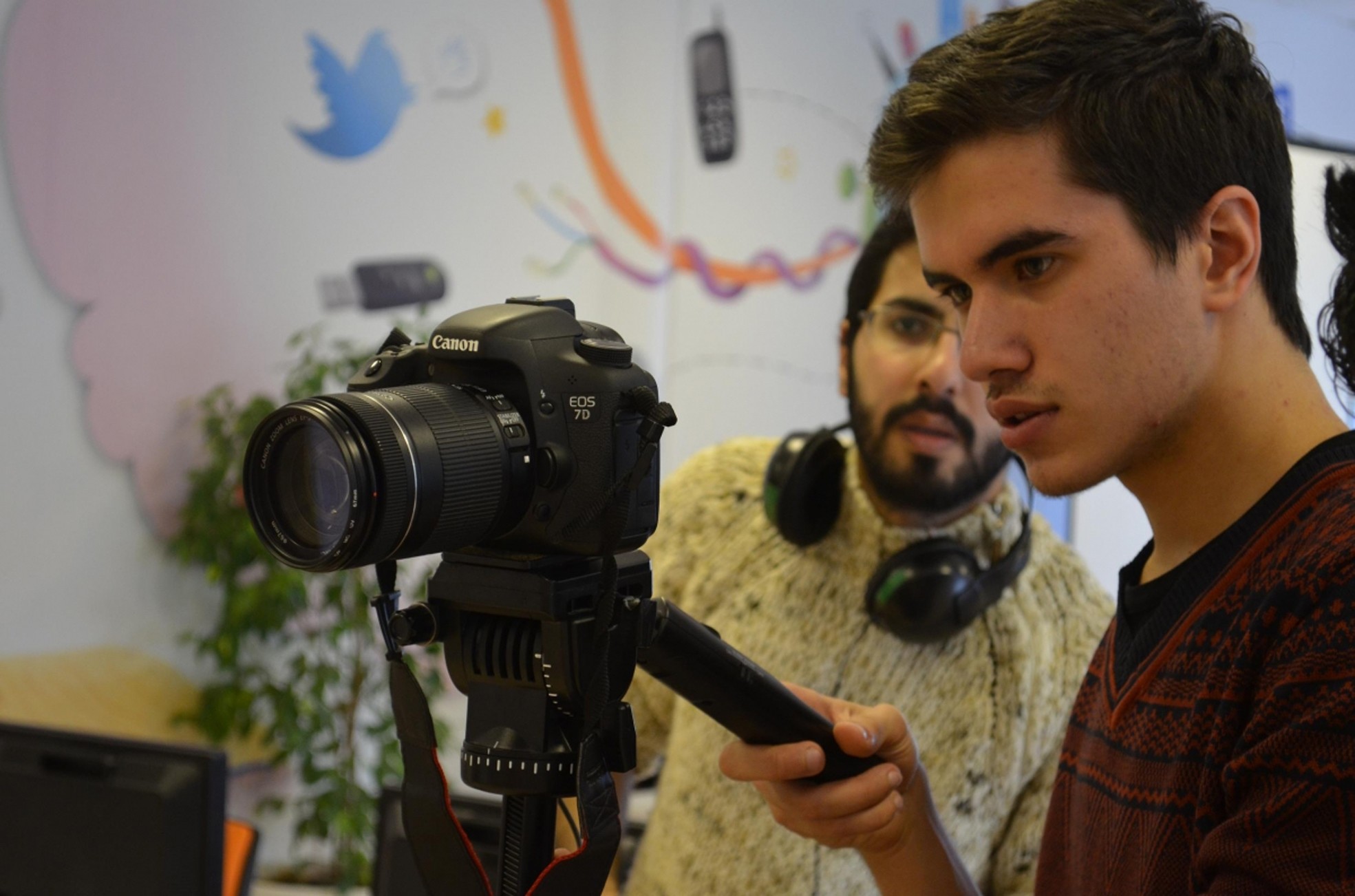 140 students trained at Sancaktepe Cinema Academy will work in the project as volunteers.
by Daily Sabah with AA Jul 17, 2017 12:00 am

Tens of young students, who stood guard of democracy for 27 days, will adapt the brave resistance shown on July 15 in to a screenplay.

Under the context of the "7 Regions 1 Film" project, which was organized by Istanbul's Sancaktepe Municipality, 140 students who were trained by seven expert directors and actors for one and a half months are setting out on a journey in seven groups to shoot films all across Turkey.

In the aftermath of the six-week training, the 140 students will adapt the July 15 resistance in to a screenplay with the film they shoot in the seven regions of Turkey. This year's theme is the "July 15 Resistance.

The training session for the "7 Regions 1 Film" project, organized by the Sancaktepe Municipality upon the call of President Recep Tayyip Erdoğan, has been completed. At the field study of the project that will start soon the students will shoot 15-minute short films inspired by the heroic incidents experienced on the night of July 15.

Students were trained at Cinema Academy

Founded under the context of the "7 Regions 1 Film" project, Cinema Academy gave the young people, who applied from various cities in Turkey, a one-and-a-half-month intensive training on theory and practice.

Conducted at Professor Necmettin Erbakan Complex, the program offered courses on film production, scenario education, acting and history of cinema. Throughout the program the participants had a chance to meet with professional actors and directors in weekly workshops.

Short films will be shot in 7 cities in 7 regions

Students who completed the course will be integrated in to seven different groups being classified based on their areas of interest. At the film sets, which will be established in seven different regions, the students will start their cinema career under the guidance of highly-skilled stage managers, directors and actors by serving as assistant director, supporting actor, scenario assistant and set officer.

At the second phase of the project, on the other hand, the students will shoot short films at seven regions of Turkey under the tutelage of master directors. Famous actors also will take part in the short films.

Afterwards, the short films will be fictionalized as feature-length films by a master film editor. By serving as assistance to the experienced figures in scenario, shooting and editing, the students will actively take part in the film making process.

Cinema as a means of reminder

Sancaktepe Mayor İsmail Erdem talked about the project, saying, "July 15 was a night of nightmares. We succeeded to come over that dark night thanks to the powerful command of our president and the unity of Turkish society. We made a great history as a nation. That night was an epic of resurrection in a way. Along with seven famous directors and seven famous actors, 140 students of us will adapt July 15 into a screenplay. Shooting will take place in seven different regions and the film will last 110 minutes. The seven films will be united in to one single film. Hence, July 15 will be imprinted on the memories. We neither forget that night, nor allow anyone to forget about it. And cinema is a means of reminder to keep it fresh in the memories. The 140 students who worked as volunteers for the academy said that they stood guard of democracy all night long after July 15."

'I came to Sancaktepe from Başakşehir throughout the six weeks.'

Stating that he made great effort to be able to take part in the project, Mehmet Akif Yılmaz said, "I heard about the project from my theater master. I came to Sancaktepe from Başakşehir throughout six weeks. The project is worthy of such effort. It is quite successful. I believe that the results will also be the same."

'I'm really happy to take part in such a precious project.'

Ömer Faruk Yusufoğlu expressed his happiness about taking part in the project.

"July 15 was a night giving a way for the resurrection and the unity of our country. It is a great honor to be a part of a project adapting this night to the screenplay," Yusufoğlu said. "I'm proud of myself as I'm a part of it."

"I think that we deserved to participate in such a work after completing a six-week education. We were introduced to quite precious figures of the area throughout the education. This is not an aimless work," he concluded. ISTANBUL / İHA