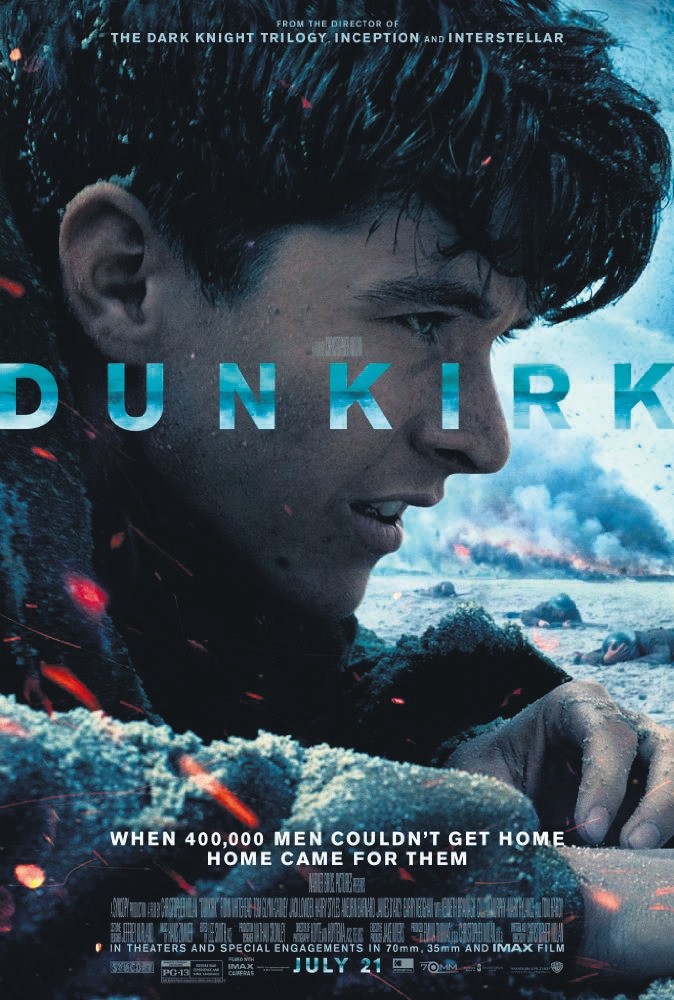 With popular films like "Memento," "Inception," "Interstellar" and "Batman," Christopher Nolan now takes us back to the years of World War II in his last film "Dunkirk." Written and directed by Nolan, the film was co-produced by Nolan and Emma Thomas and stars Tom Hardy, Cillian Murphy, Mark Rylance, Aneurin Barnard and Kenneth Branagh.

Focusing on the Dunkirk evacuation, a significant event in World War II, the film tells about what happens after 400,000 soldiers of the allied armies of the British Empire, Canada, France and Belgium are surrounded in the Dunkerque area of France by the Nazis.

"Night on Earth," an American, French, English, German and Japanese co-production from 1991 is hitting theaters again.

Written and directed by Martin Koolhoven, "Brimstone" is a journey into the dark and mysterious face of the Wild West.

"Brimstone" concerns the struggle between Liz, a mute woman living with her family, and a malevolent priest who has recently come to town and turned Liz's life into hell.

A South Korean production, "Busanhaeng" (Train to Busan), which blends action and tension, tells the story of people who suddenly turn into zombies because of a virus break out on a train going from Seoul to Busan. Directed by Yeon Sang-ho, the film stars Yoo Gong, Su-an Kim, Yu-mi Jung, Dong-seok Ma and Woo-sik Choi.

Guillaume Canet directed, produced, wrote and stars in the French production "Rock'n Roll," playing himself. Once a top actor but now 43, this comedy shows Canet's efforts to protect his old image in people's mind and prove that he hasn't yet fallen out of favor. Written also by Rodolphe Lauga and Philippe Lefebvre in addition to Canet, "Rock'n Roll" stars Marion Cotillard, Gilles Lellouche, Philippe Lefebvre and Camille Rowe.

Directed and written by Rich Ragsdale, this U.S. production tells the story of a young woman called Julie who goes on a holiday to Thailand with her friends and is besieged by an evil spirit. Produced by Daemon Hillin, the film stars Scout Taylor-Compton, Mark Boone Junior, James Hebert, Elana Krausz and Russell Geoffrey Banks.