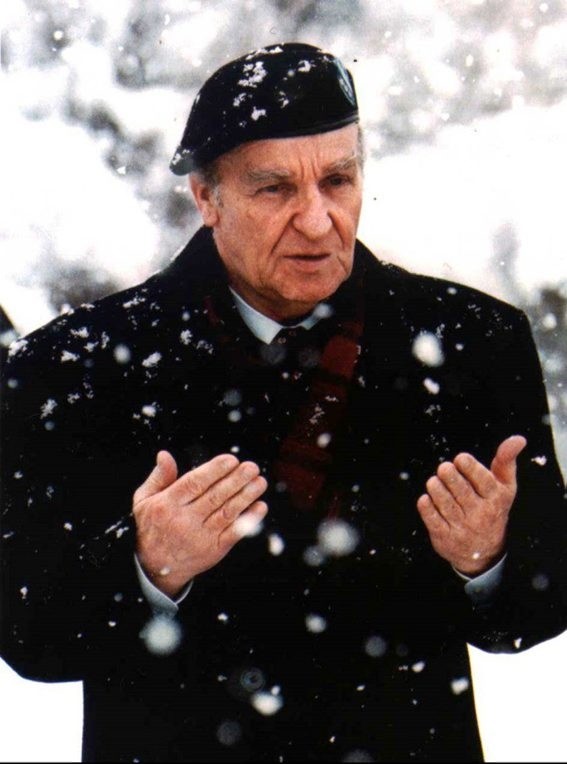 Turkish state broadcaster TRT is producing a series on the life of Alija Izetbegovic, the first president of Bosnia-Herzegovina.

Titled "Alija," the six-episode series will focus on Izetbegovic, whose leadership, statements, Islamic lifestyle and wisdom set an example for millions and earned him the nickname the "Wise King".

Written by scriptwriter Ahmet Tezcan and directed by Bosnian director Ahmed Imamovic, the series will star both Turkish and Bosnian actors.

The preparations for the series have continued for a while and after a gala planned later this year, it will be broadcast on TRT in six 90-minute episodes.

Tezcan, who has spent six months in Bosnia-Herzegovina to write the scenario, recently spoke to Anadolu Agency (AA). He said the project was the brainchild of Muhammed Hakan Sancaktutan, the owner of Sancak Media.

"There have been some documentaries on Izetbegovic's life, but this drama will be a first," Tezcan said.

He said that he has continued writing the series in Bosnia-Herzegovina to learn about the Bosnian soul, observe Bosnian attitudes, culture, lifestyle and have contact with the public.

"It would be hard to write about something without experiencing it in person. It would be just information from books. That's why I have been working on the story here in Bosnia, talking to real people and trying to understand their feelings."

Izetbegovic ideal Muslim in youthTezcan said that they opted for traditional storytelling for the series that focuses on a period when Izetbegovic and his wife Halida fell in love up to his death. Thus, it comprises the years between 1944 and 2003.

He said that if he were away from reality while writing a drama, it would be disrespectful to the family and fans of a person whose story is being told. To prevent that, Tezcan has tried to create regular conversations between Izetbegovic and his wife Halida, using his statements as a reference.

"Sometimes I had to read thousands of pages just to confirm a sentence," he said.

Reminding that Izetbegovic was an ideal modern age Muslim, Tezcan said: "He defined himself firstly as a Muslim, then a European and then a Slav."

Tezcan said: "Izetbegovic's grandmother was of Turkish origin. She was from Istanbul's Üsküdar district. Starting from his youth, Alija was an ideal Muslim throughout his life. He was a person who not only internalized Islam from his parents, his family or his acquaintances but also internalized it through soul searching, intertwined with psychological and ideological sufferings."

Imamovic, the director of the series, said that this was a major project and being a part of it was an "amazing experience."

He said that the shooting would start in August and a team was already in Bosnia-Herzegovina to make the final preparations.

"The casting has already been decided. The series would star Turkish actors in the leading roles. Bosnian actors will also be part of the series."

"The shootings will mostly be done in Sarajevo. Some work will also be done in Pocitelj, Mostar, Blagaj, Tarcin, and Konjic," the director said.

He explained that this was a very important project for him: "This may be just a TV series for a season, but it will have a great value for the future generations."

Imamovic was impressed that even ordinary Turkish people knows about Izetbegovic.

"Izetbegovic is an impressive historical figure and he has left his mark on local and international politics."

Izetbegovic was born in Basonski Samac in northwestern Bosnia-Herzegovina, on Aug. 8, 1925. He was part of an organization comprised of college and university students who protested against firstly fascist and later communist ideologies and practices during World War II. They were called Mladi Muslimani (Young Muslims) and their aim was to protect Muslim Bosnians from genocide during the war.

Izetbegovic was arrested during his struggle for his people and was imprisoned in harsh conditions. He was released with the Yugoslavian government's amnesty that was granted to people punished because of verbal opposition.

Izetbegovic was the first president of Bosnia-Herzegovina. He left office in 2000 with declining health and passed away on Oct. 19, 2003.