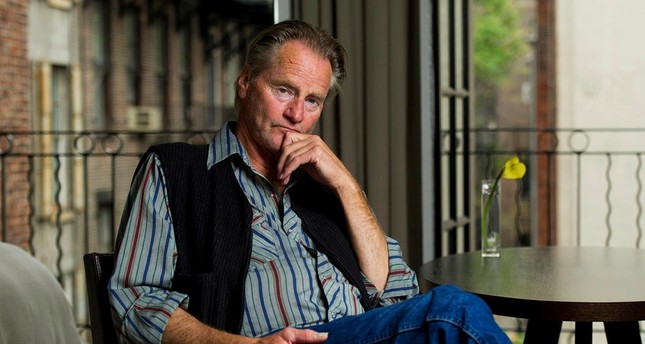 Shepard died at home in Kentucky on Thursday of complications from amyotrophic lateral sclerosis, or Lou Gehrig's disease, the spokesman confirmed to AFP.

Shepard, who wrote nearly 50 plays, won the Pulitzer for drama in 1979 for his play "Buried Child" and was nominated for an Academy Award in 1984 for best actor in a supporting role for "The Right Stuff."

One of his most recent roles was in the Netflix television series "Bloodline."

Shepard was with his family at the time of his death. Funeral arrangements remain private, and plans for a public memorial have not yet been determined.

"The family requests privacy at this difficult time," said the spokesman for the family, Chris Boneau.

Born in Fort Sheridan, Illinois in 1943, Shepard was the son of a teacher mother and Army officer father, who was a bomber pilot during World War II.

Shepard had a nomadic early childhood, moving from base to base around the country before graduating from high school in Duarte, California.

He started acting and writing while still in high school, and spent a year studying agriculture before joining a traveling theater company and later moving to New York, where he began writing plays.

He became playwright in residence at San Francisco's Magic Theater and also worked in Hollywood as a writer on "Zabriskie Point" in 1970, until his role as Chuck Yeager in "The Right Stuff" brought him a wider audience.

"Paris, Texas," for which he wrote the screenplay, won the Palme D'Or at the 1984 Cannes Film Festival.

In 1986, he was elected to the American Academy of Arts and Letters. His plays are performed on and off Broadway and in theaters across the United States.

Shepard was in a long-term relationship with the actress Jessica Lange for many years. The couple had two children together, and Shepard is also survived by a son he shared with actress O-Lan Jones, to whom he was previously married.

Gary Grant, professor of theatre at Bucknell University in Pennsylvania, paid tribute to the enormity of Shepard's contribution to drama.

"In my opinion, time will sort him out as one of America's most significant voices who told the American tale with a profound insight and with an ear for the expression of our deepest hopes and fears," Grant told AFP.

Share on Facebook Share on Twitter
Previous in Cinema French actress Jeanne Moreau, who lit up the screen in "Jules et Jim"... Next in Cinema Set to run between Oct. 21 and 27 this year, the 54th International...
DAILY SABAH RECOMMENDS