Eight movies to debut this week 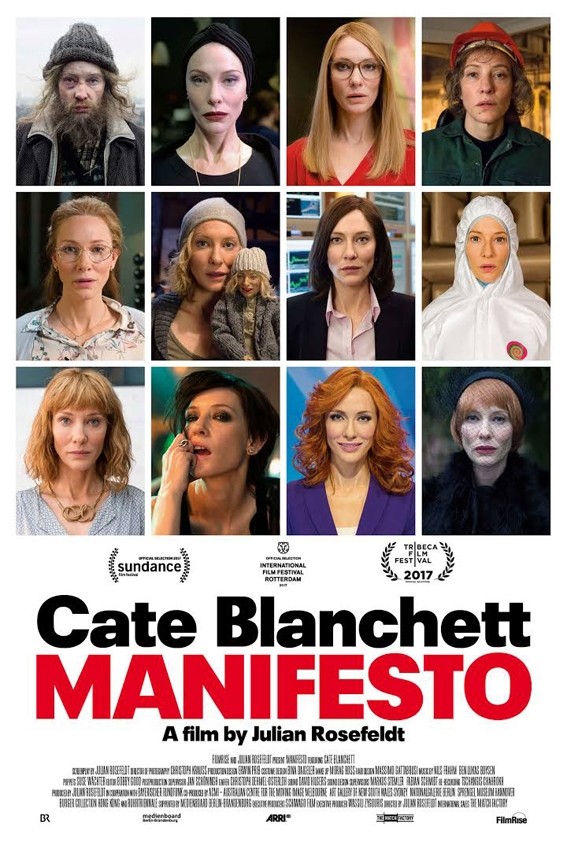 Directed by Julian Rosefeldt and focusing on the manifests of art history with Cate Blanchett's 13 different characters, "Manifesto" will be on the screens this week.

The latest film by Berliner artist Julian Rosefeldt, "Manifesto" reveals the manifestos of 21st century art history that are accepted worldwide such as pop art, futurism, daddaism and minimalism.

Australian artist Cate Blanchett shows her versatility with her characters such as a homeless man, a school teacher, a stockbroker, a preacher, a newsreader and many others.

Co-written by Michael Brandt and Derek Haas, the film focuses on the journey of two sibling thief in a car through southern France and their meetings with the boss of a crime ring.

Directed by Wolfgang Petersen,"Vier Gegen Die Bank"narrates the story of a group of men making a crazy plan to take back the money that they have saved up over a lifetime.

Co-written by Australian director Shane Abbess and Brian Cachia, the film is about the struggle of a group learning of a destruction plan of Exor that takes control of some planets.

Directed by Stealla Meghie, "Everything, Everything" features Amandla Stenberg, Nick Robinson, Ana de la Reguera and Anika Noni Rose. The film tells the story of a teenage girl who spends her whole life confined to her house and falls for the boy next door.

Co-written by the director Matthiesen, Anders Frithiof August and Martin Zandvliet, the drama tells the story of an emerging model and her obsessive relationship with fashion photographer Shane during her struggles to enter the Parisian fashion scene.

The new movie by the South Korean director Park Chan-wook focuses on the mysterious story of a rich young woman, a fortune hunter man and a handmaiden.

Directed by Alexander Romanetz, the animation of the week "The Mojicons" will reveal the lives of the emoticons that we use in our text messages.