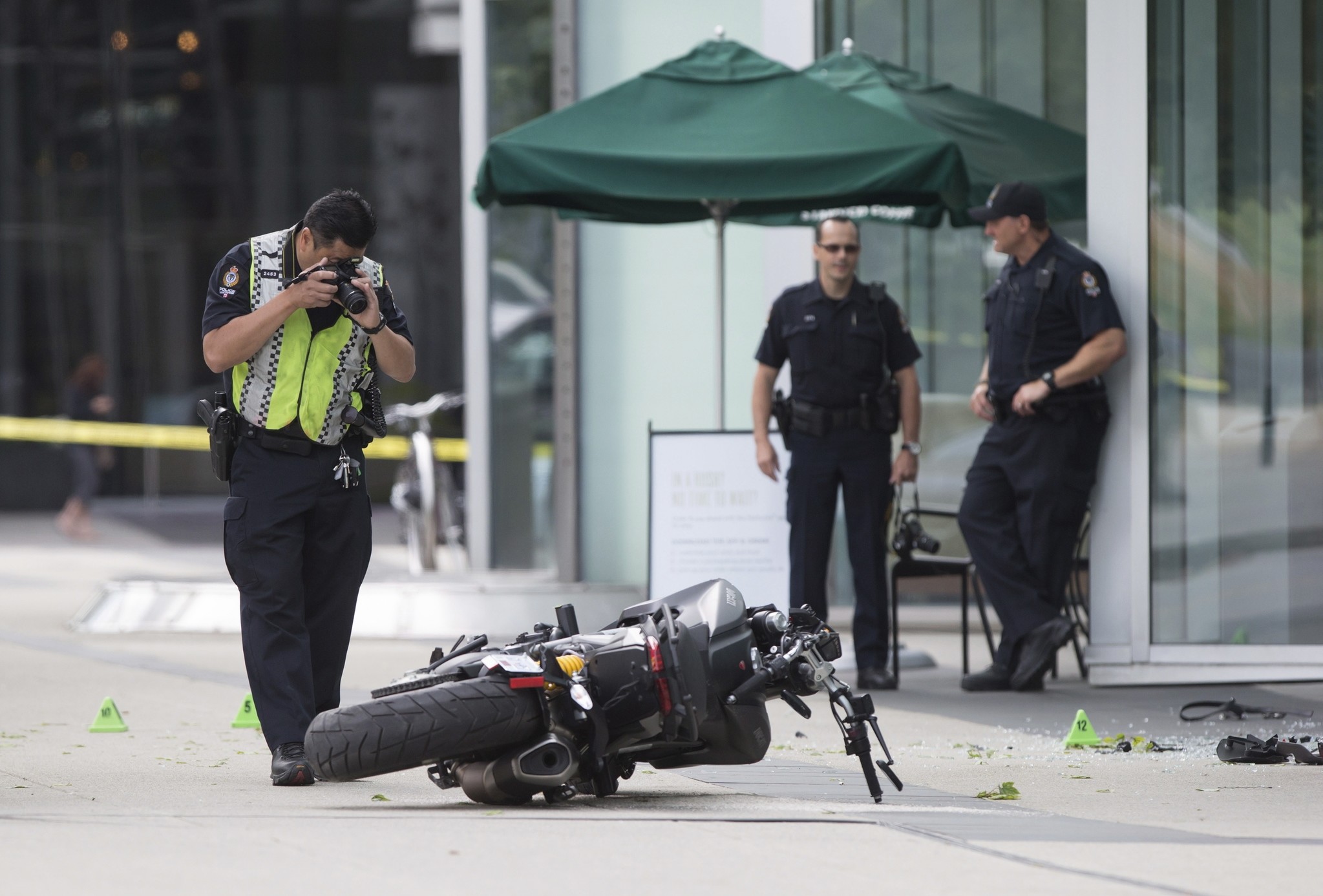 A female stunt driver has died on the set of 20th Century Fox's superhero movie "Deadpool 2" in downtown Vancouver during the filming of a stunt on a motorcycle, police said on Monday.

Local media reported that the stuntwoman appeared to lose control of the vehicle, which drove off the set and through the window of a building across the street. Police have not yet released the name of the woman or details of the accident.

Witness Sharmina Kermalli said she had just walked into a Starbucks next door to where the accident happened when she heard a loud crash. She ran out of the coffee shop and saw glass still falling on the body of the woman.

A crumpled motorcycle was seen lying on its side at the location of the accident near Vancouver's waterfront.

Police said officers were at the scene and investigators with WorkSafeBC, the provincial workplace safety agency, were also looking into the crash.

"We are deeply saddened by the accident that occurred on the set of Deadpool 2 this morning," Dan Berger, spokesman for movie studio 20th Century Fox, a unit of Twenty-First Century Fox Inc., said in a statement.

"Our hearts and prayers are with the family, friends and colleagues of our crew member during this difficult time," he added.

Another stuntman was fatally injured last month during production of "The Walking Dead" when he fell head-first onto concrete about 22 feet (7 meters) below after appearing to try to grab a railing to stop his fall.

The sequel to the 2016 superhero movie "Deadpool" starring Ryan Reynolds is currently being filmed in Vancouver. The movie studio did not say whether production had been halted on following the accident.