Set to run between Sept. 8 and 24, the 7th Bodrum Turkish Film Week calls for film lovers to welcome autumn with a selection of acclaimed Turkish films from the last couple of years

The 7th Bodrum Turkish Film Week will take place soon between Sept. 18-24. The program for the 7th Bodrum Turkish Film Week has been announced. The festival is set in the magical Mediterranean atmosphere and brings Turkish movies to audiences in Turkey as well as Kos in Greece and the rest of the Mediterranean. The consultant this year is Elif Dağdeviren.

This year, movies that had good box office revenues in the 2016-2017 season will be presented at the Bodrum Turkish Film Week. The second-biggest blockbuster of 2016, the action movie "Kardeşim Benim" ("My Brother") directed and written by Alper Çağlar, the drama and war movie "Dağ II" ("Mountain II"), Müfit Can Saçıntı's third movie, "Yaşamak Güzel Şey" ("Living is Great") are some of the most attractive movies at the event. 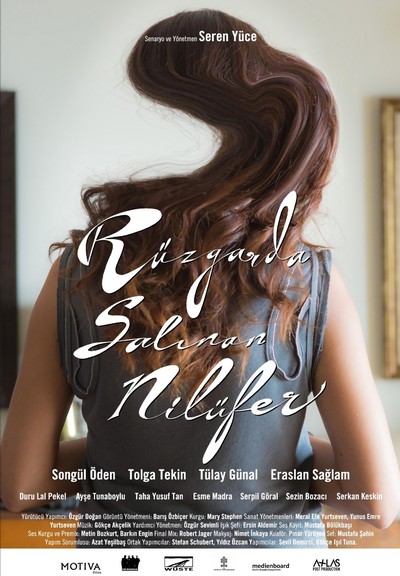 Movie fans will also be able to view "Görümce," ("Sister-in-law"), telling the story of a comic relationship between a bride and her sister-in-law also involving rivalry and conflict; Reha Erdem's "Koca Dünya," ("Big Big World"), which premiered at the Orrizonti (New Wave) section of the Venice Film Festival; "Sen Benim Herşeyimsin" ("You are my Everything") welcoming Tolga Örnek in the director's seat; "İstanbul Kırmızısı" ("Rosso Istanbul") that stars many famous figures such as Halit Ergenç, Tuba Büyüküstün, Nejat İşler, Mehmet Günsür, Zerrin Tekindor, Serra Yılmaz and Reha Özcan and directed by Ferzan Özpetek.

On Sept. 23, Friday, the SİSAY Award Ceremony will start the week at the enchanting and magical atmosphere of Bodrum Castle and the night will end with a special screening and a surprise movie star.

Just like last year, the Bodrum Turkish Movies Week will welcome Turkish movies, directors and actors, and actresses between Sept 19 and 23 on Kos Island in Greece, with a selection of films.

Shot in Serbia, Bosnia and Herzegovina, Croatia and Turkey, starring Ozan Güven, Meryem Uzerli, Belçim Bilgin, Okan Yalabık and Bora Akkaş, "Annemin Yarası" ("My Mother's Wound") tells the story of Bosnian Salih's search for his parents. Adapted to screen from the book by Mustafa Kutlu, one of the most renowned names in underground literature and featuring Kenan İmirzalıoğlu as the lead

The events will bring movie producers face-to-face with theater hall owners and will be organized on Sept. 23 and 24 this year. The "Professionals Zone," one of the musts of the Bodrum Turkish Film Week. It brings together theater hall operators, producers and directors and will also allow for distribution and production companies to present their latest movies. Powerful and talented producers and distribution companies are preparing to come together in Bodrum for the direct presentation of their movies to theater hall operators.

The festival is being put on with contributions from the Ministry of Culture and Tourism's General Directorate, the Bodrum Cinema and Culture Association, Cinemarine Cinemas, Theater Hall Investors Association (SİSAY) and the Magazine Journalists Association (MGD).