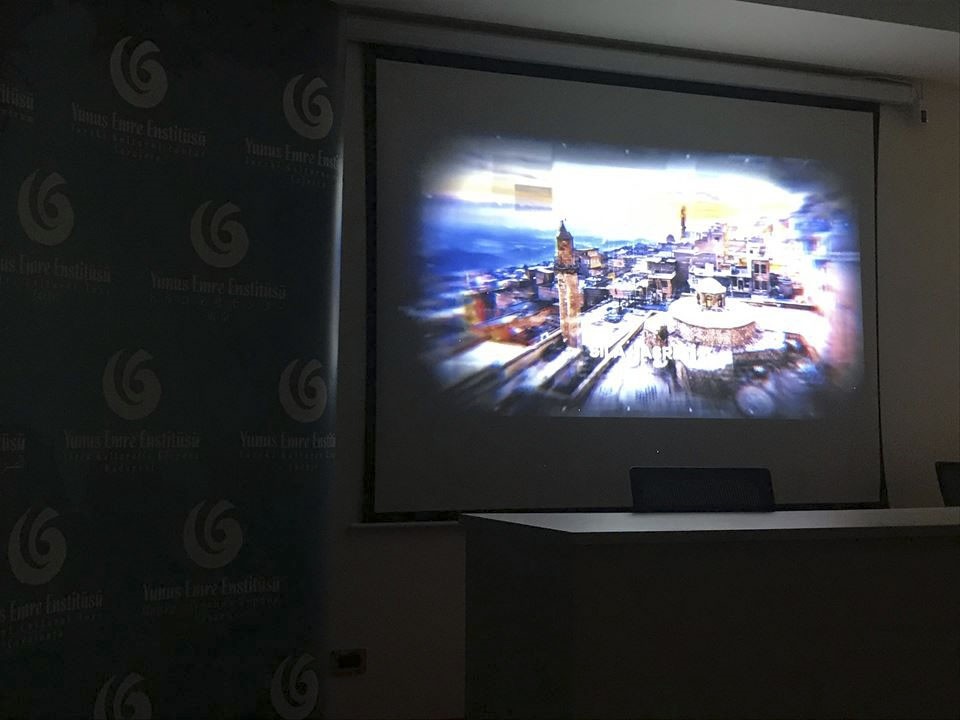 Beruit, the capital of Lebanon, has hosted the premiere of a documentary titled, " Mardin community living in Lebanon" which was filmed under the auspices of the Administration for Turks Living Abroad and Related Communities (YTB).

Held at the Yunus Emre Institute in Beirut, the premiere was attended by the Turkish Ambassador to Lebanon Çağatay Erciyes, the head of the Turkey-Lebanon Inter-Parliamentary Friendship Group and the Ankara Deputy of the Justice and Development Party (AK Party) Aydın Ünal, along with the head of the YTB Mehmet Köse and Mehmet Ağlan, the producer of the documentary, along with Turkish citizens living in Lebanon.

Addressing the ceremony, Ambassador Erciyes stated that people from Mardin who live in Lebanon are especially important for Turkey, adding: "They have a very touching story. As the Republic of Turkey, we always support them. We hope that as fellow citizens, you can preserve the unity and solidarity here in Lebanon and integrate with Lebanon people."

Expressing their thanks to Ağlan, the producer of the documentary, Erciyes said that thanks to the production the story of Mardin people will be presented to Turkey in detail.

Justice and Development Party Ankara Deputy, Ünal, on the other hand, noted that they hope the documentary will give a way for the new arts works fortifying the friendship between Lebanon and Turkey.

Stating that Mardin people started to migrate to Lebanon in 1920s as part of the very first migrations of the Republican period, Mehmet Köse said, "Our citizens should preserve Turkish culture and identity in the countries the migrated to. It is important in terms of the identity of diaspora and its relationship with the homeland."

The producer of the documentary, Ağlan noted that the documentary is about the story of the ordinary people who migrated to Lebanon to be able to find a job in the late 1920s and added, "This is a story presenting success and the sorrow hand in hand. There are both the shining examples and the losers in this story. Our first aim is informing Turkey about the presence of these figures in Lebanon. This way, the relevant institutions and organizations can help these people here."

Köse expressed his gratitude to the Turkish ambassador to Lebanon, Erciyes and the Yunus Emre Institute's Beirut office, which hosted the premiere.

Conveying his thanks to the Mardin people who spoke for the documentary, Alğan said, "They were so eager to speak as their stories would later be presented. These are the stories of suffering people, in fact. We did our best to present their issue."

In the aftermath of the speeches, the program was concluded with the display of the documentary.

Due to economic troubles of the time, the people of Mardin started to migrate to Lebanon in the late 1920s. The majority of this migration occurred between 1950 and 1970. It is estimated that the number of people living in Lebanon in those years was between 60,000 and 70,000.

For long years, the struggled for citizenship in Lebanon resulted in the eventual acquirement of citizenship in 1994 when, during the time of Refik Hariri's Presidency, around 15,000 Mardin people were granted legal status by the Lebanese government.

According to the numbers given by Turkish Embassy in Beirut, there are currently around 30,000 people from Mardin living in Lebanon, 18,000 of which are registered with the Turkish Embassy. While approximately 16,000 of them have both Turkish and Lebanese citizenship, the rest are in the process of being recognized as Turkish citizen as well.