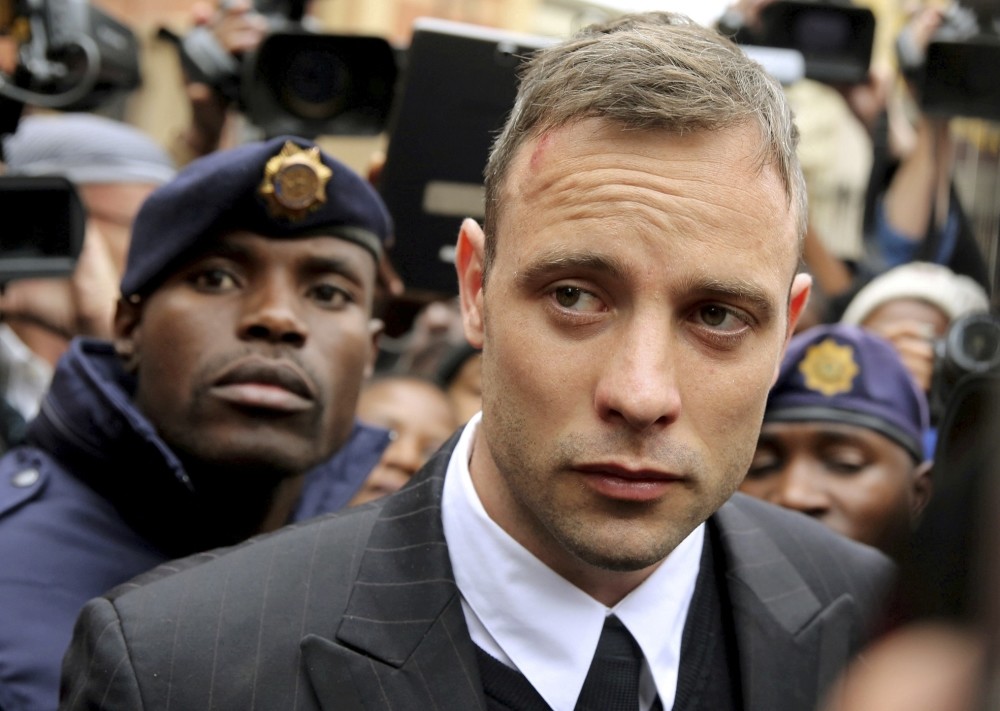 The family of Oscar Pistorius says it will sue the makers of a "distorted" film about the life of the former Olympic athlete, currently in prison for the murder of his girlfriend four years ago.

The film, "Oscar Pistorius - The Blade Runner Killer," is a "gross distortion of the findings of the court," a statement issued by his brother Carl Pistorius said Tuesday.

Pistorius was sentenced last year to six years in jail for the murder of his girlfriend Reeva Steenkamp.

The 30-year-old had initially been sentenced to five years for manslaughter in 2014. But his conviction was later overturned when state lawyers appealed the case after he was released on parole after serving just a year in prison.

The athlete killed his girlfriend on Valentine's Day 2013, when he fired a handgun four times through a locked toilet door at his Pretoria home.

The double amputee, known as the "Blade Runner" for his prostheses, maintains that he mistook his girlfriend for an intruder when he opened fire in their Pretoria home.

"The 'film' is not a true reflection of what happened on the day of this tragedy and subsequent trial of the matter," the statement said.

Pistorius, who won a gold medal at the Athens Paralympics Games at age 17, became a national hero in South Africa. In 2012, he became the first amputee runner to compete in the Olympics.

His trial attracted international media attention and was broadcast live on television.

The film, set to air in the U.S. on Nov. 11, was produced by A&E networks, a joint venture of the Disney-ABC television group.

Efforts to reach the filmmakers for comment were unsuccessful.