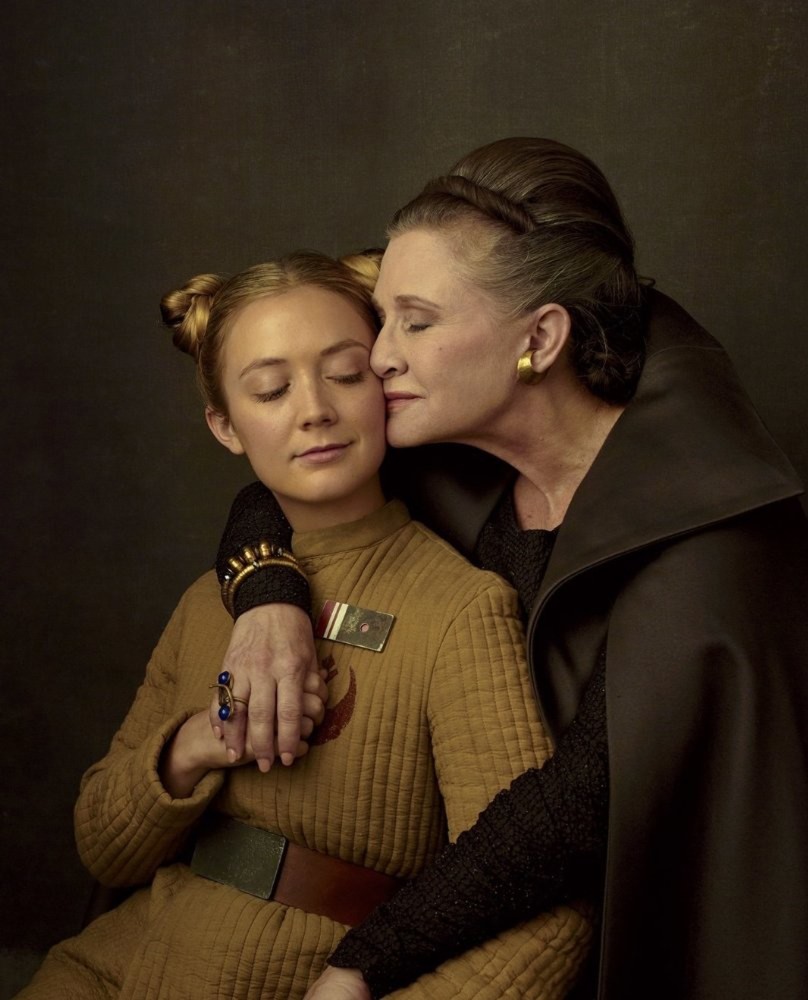 Lucasfilm debuted its highly anticipated second trailer for "Star Wars: The Last Jedi" Monday, hinting at dark times ahead for the Resistance and possibly even the end of Leia.

The footage from the eighth installment in the blockbuster space opera, due for release on Dec. 15, dropped during ESPN's Monday Night Football halftime show.

The 154-second clip follows a trailer released in April, which teased Luke Skywalker (Mark Hamill) teaching Rey the ways of the Force.

This time around more plot was unveiled, with Luke telling Rey (Daisy Ridley) he had only seen power like hers once before, and while it didn't scare him enough then, it does now.

Fans speculated on social media that he could be talking about his nephew and Rey's nemesis Kylo Ren, who is seen in a TIE fighter with his mother General Leia Organa in his sights, his eyes welling up as he prepares to open fire.

Carrie Fisher, who has played the character since she was known simply as Princess Leia in the original 1977 to 1983 trilogy, died in December, having already wrapped her scenes for "The Last Jedi."

Lucasfilm President Kathleen Kennedy has said Fisher will not appear in the as-yet-untitled ninth episode, due for release in 2019, leading some observers to conclude that the new trailer was showing her final moments.

Elsewhere Poe Dameron and Finn are shown battling the evil First Order and then there is a glimpse of Rey, apparently a prisoner of Supreme Leader Snoke, asking Kylo to "show me my place in all this" as, shock, horror, he offers her his hand.

The marketing around the film has been controversial, with director Rian Johnson recently warning fans via Twitter that those wanting to go into the theater "clean" should "absolutely avoid" watching the new clip.

It had almost half a million views and more than 21,000 comments on YouTube within two hours of being posted, with #TheLastJedi quickly becoming the top trending hashtag worldwide on Twitter.

The reaction among critics was effusive, with Ryan Parker, a film writer for the The Hollywood Reporter, enthusing that he was "blown away."

"I don't think I have ever been so hyped for a 'Star Wars' film than I am right now. It was the perfect mix of everything I was hoping it would be," he said.

"We got more Luke, but not too much, some looks at Leia that really hurt my heart and some more insight into where this all is going."

For Rolling Stone's Sean Collins, the "hints at a heel turn from Rey with those grim fourth-wall-breaking shots of Carrie Fisher's warrior princess on the verge of death, at the hands of her own son no less" presaged a movie strong in the dark side of the Force.

"The Last Jedi," filmed on the west coast of Ireland and at Pinewood Studios near London, sees the return of the characters introduced in the seventh installment in 2015.

Introducing the cast at a fan event earlier this year Johnson unveiled a new star, Kelly Marie Tran, who plays Rose, a maintenance worker who is part of the Resistance.

The actress revealed that she had told her family she was doing "an indie movie in Canada," such has been the secrecy surrounding the film.

Hamill tweeted Monday that he was racing home to watch the trailer but told fans he was "not sure if I'll make the Kessel Run in 12 parsecs!!!" a reference to a famous line from the original "Star Wars."