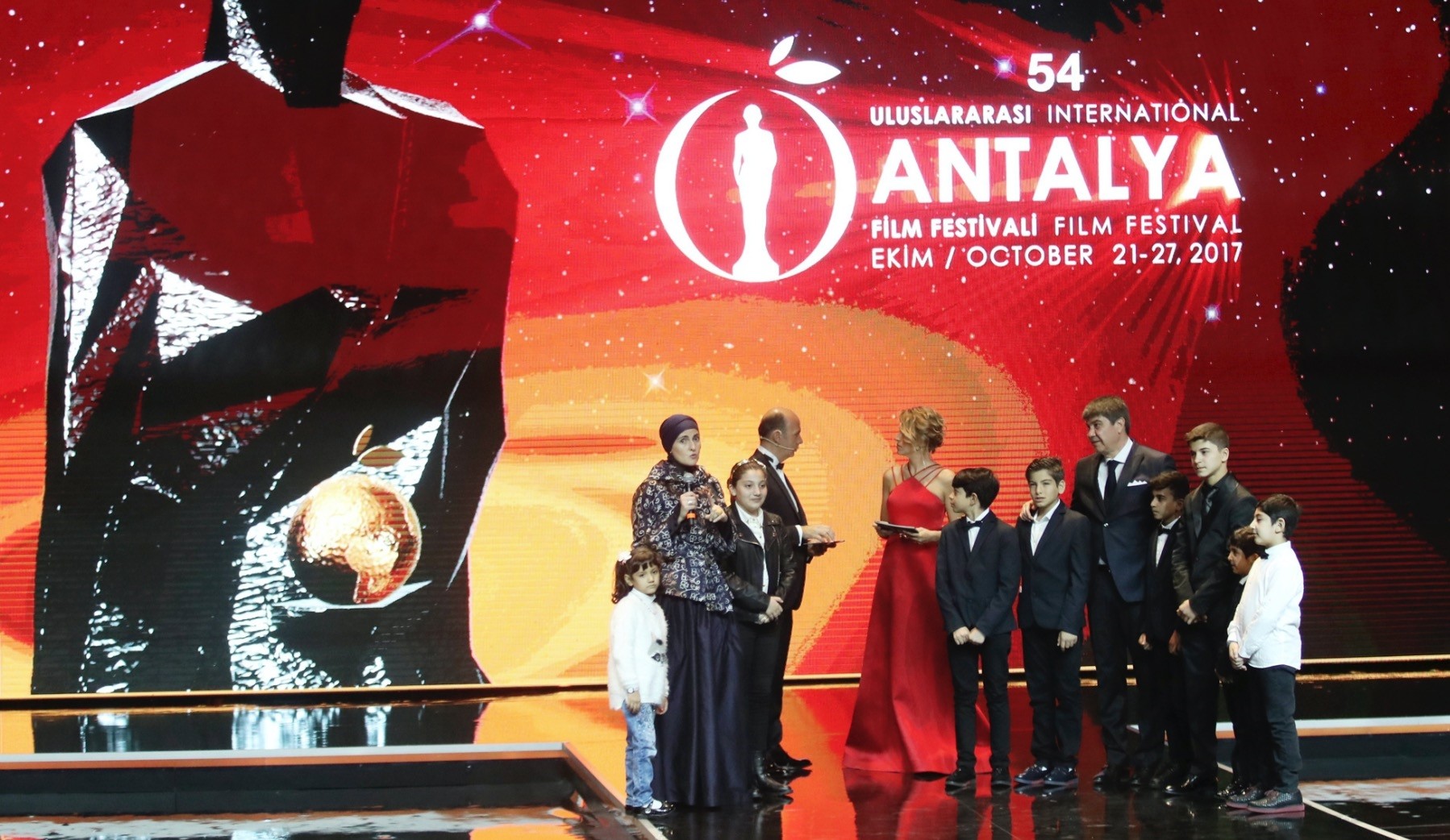 The International Antalya Film Festival, held for the 54th time this year under the sponsorship of Turkuvaz Media Group, was launched with a walk on the red carpet and opening gala after a cortege on Sunday.

Hosted by the Antalya Metropolitan Municipality, the 54th International Antalya Film Festival adhered to tradition this year as well, bringing many famous figures from the Turkish film and television industry together with the people of Antalya in the cortege. The festival continued with famous stars taking a walk on the red carpet, followed by the opening ceremony presented by Cem Öğretir and Nihan Günay.

To introduce the Turkish film industry as well as strengthen its international presence, the 54th International Antalya Film Festival was flooded with many famous film stars in the traditional cortege, one of the most important elements of the festival. Starting at the Antalya Glass Pyramid and ending on Fevzi Çakmak Street, the cortege had a tremendous impact on spectators and featured magnificent content this year. Nearly 100 celebrities, a festival marching band, DJs and mascots representing famous figures from the Turkish film industry enlivened the atmosphere of the cortege where 20 classical automobiles, two articulated lorries, two tour buses and four special cars designed specifically for the festival all participated.

After the cortege, which blew the festival wind in Antalya for two hours, famous stars appeared on the red carpet.

Then, the opening ceremony was launched with honorary awards. Producer and director Osman Sınav, who has produced many unforgettable works of Turkish cinema and television for more than 30 years, Suzan Avcı, known as "the vamp" of Turkish cinema who appeared in 367 films, Necla Nazır, who has appeared in more than 90 films during her career that started by being chosen as "Miss Cinema" in 1973, were granted awards.

At the award ceremony, Antalya Metropolitan Municipality Mayor Türel said: "We aim to raise the level and horizon of the festival. We took the first step for the international category in 2006. The people of Antalya showed that they protect their international aims in the cortege today. This year, the number of people watching the cortege was at the highest it has ever been. I would like to congratulate the people of Antalya."

Following the speech, the awards were given out. While Avcı and Sınav accepted their award respectively, Nazır, who took her award from Atasoy, a jury member of the festival, dedicated her prize to the martyrs of July 15 and their families.

The Golden Key to Cinema City, an award offered for the first time this year, was given to American actress Juliette Lewis by the mayor. Christopher Walken, who has taken the SAG and BAFTA awards previously was granted the Academy Award.

After the award ceremony was completed, Bosnian director Aida Begic's latest film, "Never Leave Me" had its world premiere. Telling of the reality of Syrian children, the film attracted the attention of the spectators.